Karen Purnell works for the International Tanker Owners Pollution Federation (Itopf), but, as she’s quick to point out, the intimidating name is misleading; ’what we don’t do is pollute on behalf of our tankers!’

On the contrary, the job Purnell and her colleagues do is extremely valuable. In the event of an oil or chemical spill at sea, Itopf technical staff are called in to offer impartial advice on clean-up procedures, to suggest ways to minimise environmental damage, and to assess insurance claims. 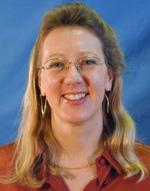 As a technical team manager, Purnell’s responsibilities include coordinating and supporting the technical staff’s activities and attending more serious spillages. On average she will visit two to three incidents a year, and the length of the assignment varies depending on the severity.

Purnell also spends a lot of her time teaching because Itopf runs training courses on pollution control and response for various maritime organisations.

Benefits of a small firm

Purnell’s background is in chemistry and after a few years working in the nuclear industry she decided it was time to change career. One of the things that attracted her to Itopf was its modest size (it has 22 staff, 11 of whom are technical). She likes the fact that in a small company you can develop a family atmosphere, and she says there is less of the politics commonly found in larger blue chip firms.

She was the organisation’s first female adviser, and says that a good proportion of technical advisers are now women. It’s a job she thinks that women can do very well by bringing a different set of skills to the role.

She enjoys her work immensely, particularly its variety and global remit. ’You’re on call 24 hours a day, seven days a week to basically go anywhere in the world,’ she remarks.

Purnell does, however, caution that you must be prepared to cope with the unpredictable. Nonetheless, she says the pros far outweigh any cons. In her time at Itopf she has developed good working relationships with a variety of people, including ship owners, insurers, fisherman, tourism operators, environmentalists and the government of spill-affected countries. ’It’s pretty unique,’ she says.

Purnell says she has had an enormous number of experiences in her job. ’The circumstances you sometimes find yourself in are so funny that you think you really must write them up into a book.’

She remembers an occasion when she was sent to handle a spillage in Korea. When she gave advice to the local fishermen all the fisherwomen cheered. ’They thought it was wonderful that a European female was instructing their men-folk in what they should be doing!’

Patience is a virtue

The job also involves considerable professional and personal challenges. At a spill site it is often difficult to meet the needs of all the affected parties, from ship owners and environmentalists to fishermen angry at the prospect of ruined livelihoods. The problems of jet-lag and long working hours increase the stress.

According to Purnell, self-reliance, common sense, diplomacy and extraordinary levels of patience are essential, and are just as important as technical expertise.

Purnell says that Itopf tends to recruit graduates in their mid-to-late 20s, with a good science background and decent language skills. Maturity is also a key requirement. ’We need somebody with some life experiences because they will be relying on their wits,’ she comments.

Purnell takes time to praise the support structure that exists at Itopf. Whenever someone is sent to a spill site they are assigned an anchor in the London office, available any time, day or night to provide emotional as well as technical support. ’It can be unsafe and hostile at times and you often need a friendly voice to listen to.’

But Purnell believes that overcoming these challenges is what makes the job rewarding. ’When you get to the difficult spills the job satisfaction you receive at the end of it is second to none. I think that’s why we continue to battle through.’

So what does the future hold for Purnell? Within the company, she could work her way up to become managing director. But while acknowledging the leadership opportunities this would bring, she is reluctant to let go of the hands-on nature of her current job. ’Day to day you don’t stop learning about the field you’re in and it gives you credibility when you go on site. I’ve landed on my feet with this one.’