This year has been another busy one for news. The days of a stable global economy with food and fuel flowing freely around the world are now under severe strain, and this has had major knock-on effects for science. Much of this is a result of the year’s big news item – Russia’s war on Ukraine.

The effects of the war have spilled beyond the military or even the economic sphere into the world of science. The exodus of refugees has seen universities from around the world rising to the challenge of hosting displaced researchers. Fighting has also led to repeated warnings that Ukraine’s nuclear power plants are at risk of a potentially catastrophic accident. Meanwhile, collaborative research with Russia, such as Europe’s mission to Mars, has been put on hold, although Russia’s involvement in other big science projects like Iter and Cern are, as yet, relatively unaffected.

The other big impact of the war outside of Ukraine has been on energy markets. Soaring energy costs have combined to make chemical feedstocks more expensive and European plants far more costly to run, something that is affecting the price of lab supplies. This has triggered a race for renewables, but in the interim fossil fuels are likely to fill the gap.

But it hasn’t been all been doom and gloom. The James Webb Space Telescope has showcased humanity at its best – bringing together 15 countries in one of the biggest projects of its kind. The first stunning pictures left the world in awe, and we can expect more exciting astrochemistry results in the near future.

Another highlight was the chemistry Nobel prize, won by Carolyn Bertozzi, Morten Meldal and Barry Sharpless. Their work on click chemistry and its subsequent application in cells as biorthogonal chemistry has been transformative, and the win is sure to see more researchers experimenting with these tools. This year’s winners are also notable as Bertozzi is the first openly gay scientist to receive the prize, while Sharpless joins the very select club of those who have won two science Nobels.

There has also been more excitement about the potential of machine learning. This follows the announcement that Google’s AlphaFold has predicted the structure of nearly every single protein known to humanity. With other big tech companies getting involved in this new frontier where data science meets the physical sciences, we can expect to see more ground-breaking discoveries next year.

Researchers around the world band together to help fleeing Ukrainian scientists

Read story
May
May

Russia’s invasion of Ukraine, and the ensuing energy crisis and supply chain interruptions, has figured heavily across the chemistry-using industries this year. While the big winners in the Covid-19 vaccine race are flexing their financial muscles, spiralling costs and supply disruption are impacting generic medicines severely. The chemicals industry’s demand for energy has come under the spotlight, with gas shortages prompting reversion to more polluting coal power in places, even as the industry continues to wrestle with its transition to a lower-carbon future. 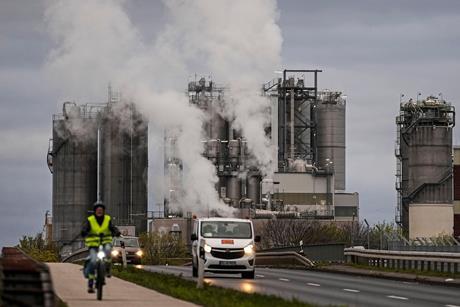 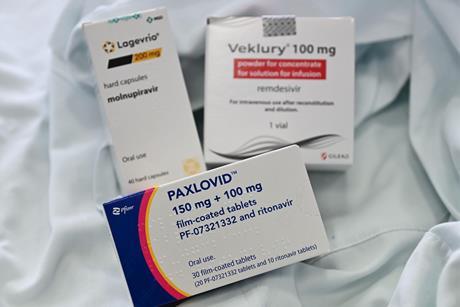 Following the huge success of vaccines and treatments for covid-19, companies are upping their investment in R&D and dealmaking

A new methodology gives surprising answers to an old question

AlphaFold has predicted the structures of almost every known protein

Theranos leaders to be imprisoned for blood testing fraud