New BBSRC head encourages scientists to 'get out of their silos' 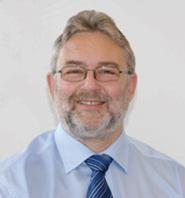 As former director of the Manchester Centre for Integrative Systems Biology, Douglas Kell is used to finding connections between huge reams of complex data by collaborating with scientists from chemistry through to computing. That type of integrated research is exactly what he wants to encourage now he’s taken up a four-year post as the new chief executive of the UK’s Biotechnology and Biological Sciences Research Council (BBSRC) - which, he says, means chemists can expect to work ever more closely with their biologist colleagues.

’People who don’t want to get out more will need to be worried. The whole trend in science is to do multi- and interdisciplinary types of activity, which allows you to attack problems that mono-disciplinary projects don’t,’ says Kell, 55, who in his new job will still work one day a week at the Manchester Interdisciplinary Biocentre (Chemistry World, March 2005, p9).

Along with Kell’s appointment, the BBSRC has changed its peer review system and committee structure to ’get people out of their silos and help them do collaborative multidisciplinary work,’ explains Kell. Chemists looking to work on biological problems might once have applied for cash specifically from the biomolecular sciences committee. That and six others have now been disbanded in favour of four general committees with various leanings, from organisms to tools and technologies.

’Chemists can apply anywhere, it doesn’t matter which. The secret for good chemists [looking for interdisciplinary funding] is to use the skills they’ve got - but if they come to solve biological problems they’ve got to do something that isn’t just great chemistry. Take Fred Sanger’s DNA sequencing which relied on clever chemistry, for example - and I could say the same about many of the modern sequencing systems.’

Few people would disagree with Kell’s message, but getting it translated into practice isn’t easy. A recent RSC survey of UK scientists working at the chemistry-biology interface showed that many thought their research councils didn’t adequately support interdisciplinary research (Chemistry World,  July 2008, p6). The problem seemed one of communication between funders and researchers, not necessarily opportunity, the survey suggested.

’I certainly recognise that problem, speaking as an individual as much as a chief executive of a research council. Some people have found it easy to do collaborative research that attacks big problems - others less so. We want to encourage people to find it easier. Already, 25 per cent of our funding goes to departments that don’t have biology or life sciences written on the door.’

As well as supporting such up-and-coming areas as systems biology and metabolomics, Kell points out that developing computational biology - the electronic methods needed to interpret and store the data biologists generate - is just as important. ’Scientific peer reviewed papers are coming out in Medline at the rate of two per minute. The total number of peer reviewed papers coming out in the world is five per minute. If you believe you want to do integrative systems biology you need to do something about that,’ he adds. The arrival of the ’semantic’ web, and the advent of scientific papers marked with metadata to allow computers to make ’intelligent’ connections between them, should help data analysis, Kell thinks. He is especially encouraged by wellsprings of activity among publishers, such as the RSC’s ’Project Prospect’ (Chemistry World,  February 2007, p10), and the ’structured digital abstracts’ service introduced this year by FEBS Letters .

Like other research councils, the BBSRC has set ’grand challenges’ in order to boost the economic impact of the work it funds and align it to areas supported by organisations such as the Technology Strategy Board. But Kell, who has founded two companies, dismisses the notion that this could impact on the way BBSRC-funded researchers do their science. ’We’ve got where we are by a combination of long-term fundamental research which doesn’t necessarily have an objective - but with an eye to the main chance - combined with more applied things that do. I absolutely see no contrast between responsive mode or blue skies science and making economic impact. We will have a mixed portfolio and it will be funded on the basis of scientific excellence.’

And he is confident that despite the current state of the economy, the research council can expect a ’reasonable settlement’ from government at the next spending review. ’Government sees science and technology as the solution to contributing to the knowledge economy, not a problem.’

Enjoy this story?  Spread the word using the ’tools’ menu on the left.