EU education ministers and MEPs are struggling behind the scenes to settle vital questions. Uncertainty still surrounds fundamentals such as funding, powers, governance and legal status, it emerged at a Brussels hearing arranged by European Parliament committees responsible for education and research policies.

EIT will probably be launched on a much reduced scale as a virtual or even partial university, and will have an uphill task in establishing the credibility of EU commitment to tackling what speakers described as Europe’s ’innovation gap’. 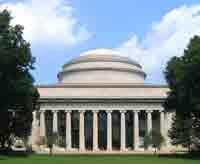 Can EIT match up to MIT?

Jan Figel, the European Commissioner for education affairs, was nevertheless cautiously upbeat on prospects of ministers giving a go-ahead: ’The questions are now about "when" and "how", and not so much about "if",’ he said.

Finnish MEP Reino Paasilinna, who is steering EIT’s enabling legislation through its parliamentary stages, warns nevertheless that settling the ’when’ and ’how’ will take time.

Paasilinna told Chemistry World: ’I’m hoping that the Parliament’s Industry, Research and Energy Committee will be able to agree its recommendations on EIT before the summer recess, clearing the way for a vote by the full Parliament in the autumn. But that’s very much a fast-track scenario.’

An EU summit in December, 2006 called on ministers and MEPs to ’move swiftly’ toward a decision in 2007 to set up the EIT.

Consequently, MEPs are not alone in seeing EIT as a potential drain on FP7’s depleted resources but also as a source of overlap with FP7 activities such as those of the newly created European Research Council.

When Commission president Jose Manuel Barroso floated the EIT idea in 2005, he envisioned that it might eventually match its Massachusetts namesake as a mighty platform for research partnerships between academe, industry and government.

Others suggested that the EIT should take on physical form, especially if the European Parliament could be persuaded to relinquish its Strasbourg building, and that a fully-fledged EIT would award degrees.

The latter issue at least has been settled: the power to award degrees will remain with universities and other orthodox centres of learning, though Horst Soboll, chair of the European Commission’s European Research Advisory Board (Eurab) still insists, ’We need diplomas to establish a branded image for EIT’.

EIT’s most tangible aspect would be a central administration unit of maybe 60 personnel. Answering to a governing board of trustees, the unit would oversee a handful of ’Knowledge and Information Communities’ (KICs) - mixed academic/industrial consortia.

KICs will probably be constituted as joint ventures, with independent legal status that empowers them to manage intellectual property rights and organise spin-offs.

Funding remains the big issue, and is seen by Paasilinna as ’a classic chicken-and-egg situation’. Unless the EU shows a substantial commitment to EIT, business will have little incentive to participate.

Just how the EU will conjure up the money is a puzzle for Czech MEP Nina Skottova, who is scrutinising the EIT project for the Parliament’s Budgets Committee.

1.5 billion would be diverted from existing regional and possibly agriculture programmes. Controversially, Barroso suggests that FP7 could be tapped. But Skottova suggests all those programmes might have to be amended in order to provide a legal basis for contributions to EIT.

The EU’s central budget would contribute

308 million, but that could only be found by drawing down fully a quarter of the reserves, according to Skottova.

’All in all, I fear this important project will face severe problems over financing,’ she warned.

Optimists suggest that EIT could be funded, initially at least, from annual underspend on the EU budget, pending a mid-term review of the overall 2007-2013 spending cap when ministers might be more sympathetic to research spending in general and EIT in particular.