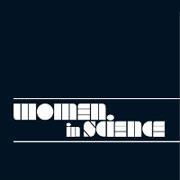 This book has been published to celebrate the 10th anniversary of European activities concerning women in science. The first European Commission communication on this issue was published in 1999, where a promise was made to improve the situation for women in this ’man’s world’ of science. Although some progress has been made, Europe still underutilises women scientists in the research domain, particularly in the ’hard sciences’ and in leadership positions.

Each person is represented by a four-page entry outlining briefly their life and scientific achievements.

The women scientists featured in the book comprise the following 40 women:

I found the information on each woman very interesting, though I would have liked details of a couple of biographical books and/or websites to read further. I also found the font sizes used in this publication somewhat strange. Each entry starts with type which is enormous followed by the details in type which is far too small - an intermediate font would have made reading much easier.

I knew of many of these women already - a dozen of them are Nobel laureates - but there were a few less well-known ones, for example the Russian Iulia Lermontova, which I found particularly interesting and whose contributions to science deserve better recognition.

The women are arranged in the book by date of birth and it is surprising that the last one is Rosalind Franklin, who was born in 1920. The policy for the book was not to include any living scientists, but this policy makes the book more historical than need be. The inclusion of some of the many excellent living women scientists would have made the book more relevant to today.

Perhaps Chemistry World  readers might like to suggest the names of any women (living or dead) who could have been included and why.

The UKRC is the UK government’s lead organisation for the provision of advice, services and policy consultation regarding the under-representation of women in science, engineering and technology.

In the US, the Association for Women in Science (AWIS) is dedicated to achieving equality and full participation for women in science, technology, engineering and mathematics.

At an international level, L’Or?al-Unesco’s For Women in Science  is an international programme which recognises the achievements and contributions of exceptional females across the globe, by awarding promising scientists with fellowships to help further their research.