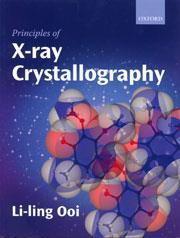 Crystallography opens the door to a 3D understanding of chemistry

I was hoping to welcome an addition to the few modern texts on crystallography suitable for use in crowded undergraduate courses, where the subject usually gets little time, but I’m afraid I am disappointed and cannot recommend this book.

As its most serious fault, there are far too many errors for it to be of use. For example, several diagrams do not show what they are supposed to, some equations and definitions are incorrect, and axes are shown throughout as a left-handed set; some of the systematic absence rules are wrong, as are the allowed range of reflection phase angles, the explanation of anomalous scattering, the description of space group notation (it applies to only some of the crystal systems), the shape of the hexagonal unit cell (given as a hexagonal prism), and several answers to the self-test questions (many of which are just verbatim repetitions of earlier text).

While perhaps not full-blown errors, there are also many examples of misleading and confused statements and explanations. These include the wrong or poor use of terms, such as accuracy instead of precision, an example of a supposedly C-centred cubic unit cell, a failure to define some terms at all, and two completely different meanings for the term ’crystal data’ used in two chapter headings. A few sentences make no sense at all.

Almost half the book is devoted to crystallographic geometry and symmetry, including detailed examples, while other important topics are squeezed into one or two paragraphs that provide very little real and comprehensible information, giving a distorted balance in favour of parts of the subject that look old-fashioned and unattractive to students. The book’s stated aim is a very worthy one, but I am sorry to have to say that I think it has failed to achieve it.