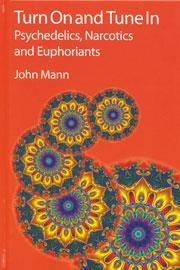 This book largely focuses on plant-based drugs. Apart from cannabis, cocaine and opium, the psychoactive constituents of less common substances such as fly agaric, belladonna and peyote are also covered.

There is a description of LSD and heroin, both of which derive from natural products. But apart from a brief review of amphetamine derivatives, much less attention is paid to synthetic drugs. However, it was pleasing to see that the chapter on cannabis included a timely introduction to the very recent appearance in smoking mixtures of synthetic cannabimimetics .

The inclusion of a chapter on absinthe is perhaps surprising since it is now generally accepted that its pharmacological properties are due almost entirely to the high ethanol content rather than any active constituents of wormwood such as thujone.

As well as the effects and early medicinal uses of plant extracts, each chapter provides an account of the social history and describes some of the colourful characters who used and popularised these substances. The author reminds us of how, in the recent past, governments around the world have often condoned drug trafficking in support of wider geopolitical considerations.

The strength of this book is that it provides a highly readable companion to monographs on the synthesis, analysis and legislation of drugs of misuse. For the organic chemist there is a useful glossary showing the chemical structures of the principal substances.