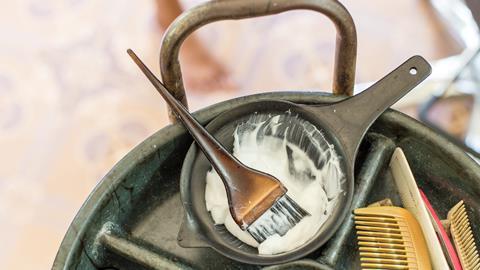 From hair salons to Mission Control, Brian Clegg explores the many uses of this versatile compound

This week, the chemistry behind the bleached blonde. Not bleached himself, here's Brian Clegg.

There are few compounds that have names that can produce an emotional reaction. Yet mention peroxide - the common contraction of hydrogen peroxide - and a whole host of images come to mind, mostly involving the bleached blonde hair of 1930s movie stars like Jean Harlow and a slightly seedy glamour. 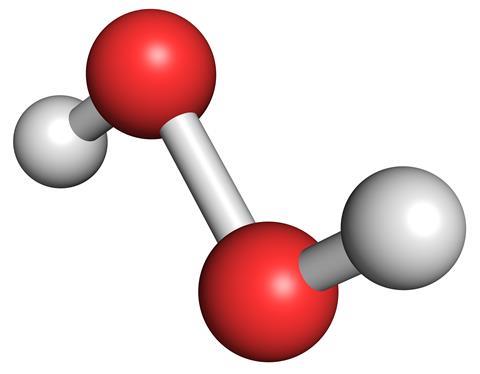 All these associations are embodied in a compound that is almost but not quite water. Originally a peroxide was just any compound of an element with oxygen that contained as much oxygen as possible, but it has come to mean a molecule with a pair of oxygen atoms bonded together - in the case of hydrogen peroxide simply H2O2 - water with an added oxygen atom.

We usually encounter hydrogen peroxide diluted with water, where it is pretty well colourless and visually difficult to distinguish. A typical consumer bottle of hydrogen peroxide may be as low as 3 per cent peroxide by weight. As well as bleaching hair (and other materials) its powerful oxidising qualities make hydrogen peroxide in demand for everything from disinfectant to rocket fuel. 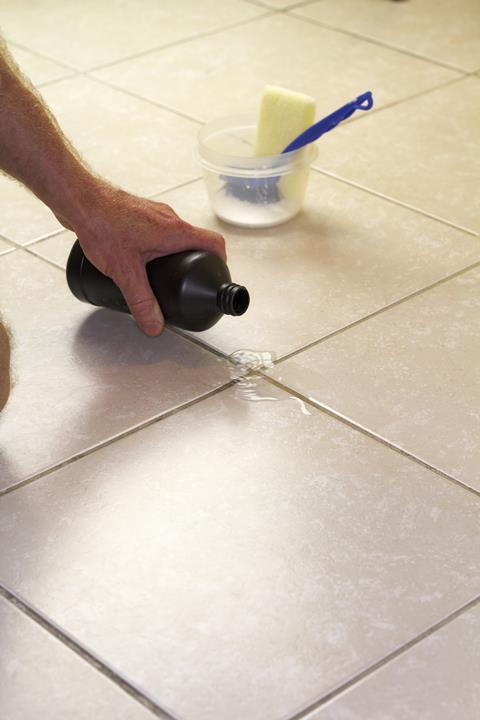 Although existing widely in nature, forming part of the respiration process of cells, hydrogen peroxide came relatively late to the chemical toolkit, first produced in 1818 by French chemist Louis Jacques Th?nard, but not definitely structurally identified until the end of the century, by which time it had already found its way into the hands of hairdressers.

The immediate association we have for peroxide is removing colour from hair until it reaches that impossibly white blonde, but its biggest industrial use by far is in bleaching paper. As a bleach it is more powerful than chorine-based alternatives, with the added benefit of only producing water and oxygen from its reaction. We are so familiar with bleach as a disinfectant or as a stain remover that it's easy to forget that a bleach is just another word for an oxidiser, a compound that easily donates oxygen (or accepts electrons) in a reaction.

When hydrogen peroxide is used to produce those bleached blondes, a dilute solution is typically combined with ammonium hydroxide (in the household sense usually referred to simply as 'ammonia'), although modern hair dyes often replace ammonia with alternatives because of its pungent odour.

It is a bit of a leap from a hairdresser's salon to Mission Control, but the most dramatic use of hydrogen peroxide is as a rocket propellant. In small devices - most frequently in jet packs, which have appeared in James Bond movies but never proved particularly practical - the hydrogen peroxide can be used on its own. At high concentrations it only takes a catalyst like platinum to kick hydrogen peroxide into breaking down into water and oxygen. The heat from the reaction means that the water is expelled as a violent jet of steam. Unfortunately, to produce enough thrust to lift a human being, the jet pack can only fly for under a minute.

In larger rockets, including some of the German second world war missiles and the Black Knight weapons produced in the UK, hydrogen peroxide acts as an oxidiser for a separate fuel, providing the oxygen for it to burn efficiently. The same role has tended to be given to liquid oxygen in Nasa spacecraft. But though hydrogen peroxide isn't as good an oxidizer, it is significantly easier to store and handle. It also formed the oxidiser for the explosives used in the 7th of July bombings in London in 2005. 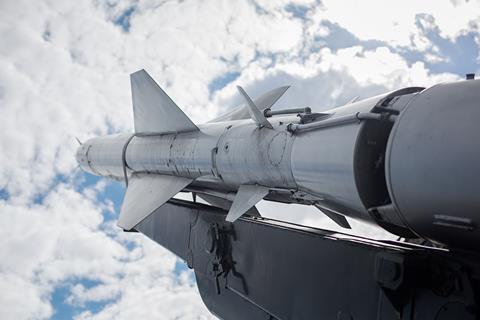 The explosive and propellant capabilities of hydrogen peroxide may be what makes the headlines, but it is its role as a humble bleach, antiseptic and disinfectant - plus an ingredient in the production of sodium percarbonate and sodium perborate for washing powders - that keeps hydrogen peroxide in steady production.

As a young amateur chemist I several times had a drop of hydrogen peroxide solution end up on my hands. I wouldn't recommend it, but it is a fascinating feeling. The liquid penetrates the skin and produces a whitening effect as it causes tiny embolisms in the capillaries. Meanwhile, the oxygen bubbling off as the peroxide reacts leaves a strange tingling sensation, a vibrant bubbling under the skin. It might be impossible for hydrogen peroxide to shake off its slightly sinful associations - yet this ever-useful oxidiser can't help but be bubbly too.

Bubbly yet sinful - quite a combination. That was Brian Clegg with the explosive and propelling chemistry of our hydrogen peroxide. Now next week, the skillful plant.

Plants do have one problem, though; they can't run, so they are the mercy of predators, like insects, bacteria and fungi. Secondary metabolites are the plants' answer to this, compounds that stop them being eaten.

The South American coca plant, which is native to the Andes, makes a molecule called benzoylmethylecgonine, but you might know it as cocaine, coke, snow, or any of a multitude of names. The coca plant makes cocaine from the amino acids orthinine and glutamine; it is a skilled synthetic chemist, because the cocaine molecule has 4 chiral centres, but only one of the 16 possible isomers is made by the coca plant.

And to find out how the coca plant has been used throughout history - both for purpose and recreation - as well as the chemistry behind its effects, join Simon Cotton in next week's Chemistry in its element. Until then, thank you for listening. I'm Meera Senthilingam