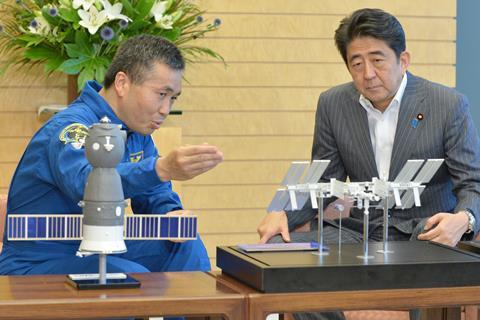 Astronaut Koichi Wakata (L), the first Japanese commander of the International Space Station, speaks with Japanese Prime Minister Shinzo Abe during a courtesy call at Abe's official residence in Tokyo on August 7, 2014. Research conducted by the crew during the course of their 188-day stint in space included growing vegetables, investigating the design of medical drugs and studying how an astronaut's biological clock is different from that of a human on Earth.