Salaries in job ads are a step towards fairer pay 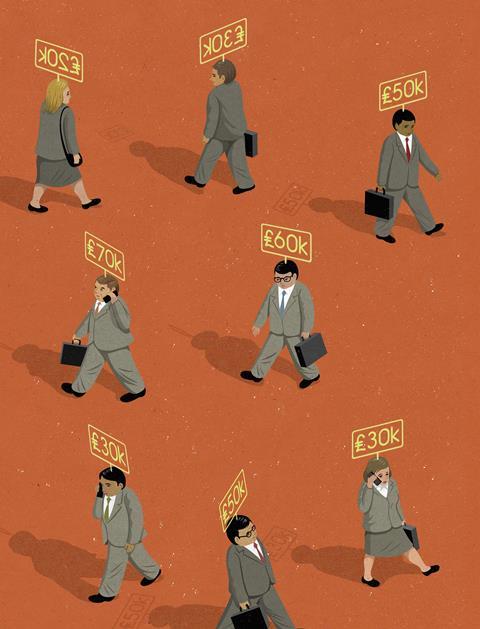 Would you broadcast what you earn?

While we might say that we’re passionate about our jobs (the top motivation given by respondents in the RSC’s 2019 Pay and Reward survey), few of us would turn up to work if we didn’t get paid. And few people would be happy in a job that didn’t pay them fairly. Yet figuring out what counts as fair pay can be tricky.

In many cultures talking about money is uncomfortable, leaving employees to rely on their employers and publicly available information to help them judge their worth. While more employers now share details of their payroll among employees, many others are reluctant to do so, fearing that it will sow dissatisfaction. With little research available on the effects of being open about salary, a company’s decision about which measure to take remains an issue of cultural preference.

There are notable examples where being transparent about earnings is an accepted part of national culture. For example, the tax records of everyone working in Norway are published online. Using them to see what your colleagues earn requires some boldness though: since 2014, the people you search for are notified that you’ve looked them up.

A small step that more employers could take is to publish salary ranges on job adverts. Existing employees can compare what they earn with what’s advertised – and by seeing the salaries on offer across a job sector, they can make more informed decisions about their career path.

The employer benefits as well. More people respond to job adverts that state a salary. And being upfront about the money on offer also reduces the risk of a job offer being rejected because salary negotiations have broken down, preventing both the employer and the applicant from wasting their time.

But it’s often sector-level considerations that explain why only around 50% of UK job ads contain salary information. Advertising salaries while competitors maintain secrecy can put a company at a disadvantage, so it’s understandable that individual companies would be unwilling to bear this risk.

If giving a salary band is seen as a step too far, writing ‘negotiable’ rather than ‘competitive’ as a vague placeholder may still be better for employee equity. Research suggests that women are more likely to negotiate salaries when explicitly invited to do so (and it has no effect on the negotiating behaviour of men); it remains to be seen how this affects other demographic groups. But without a starting point to negotiate from, undervalued groups will find it more difficult to overcome the salary disadvantage they start with.