Back to the bench

Returning to research after a career break is never easy. Manisha Lalloo investigates the trust helping to bridge the gap 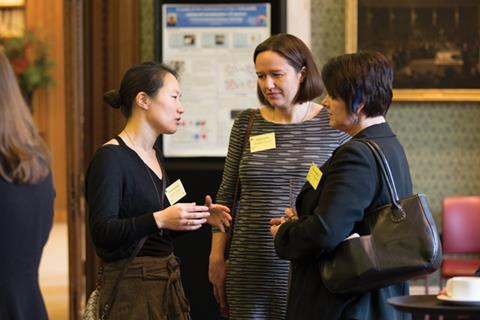 After almost a decade as a medicinal chemist in the pharmaceutical industry, Joanna Geden decided she wanted to return to academic research. She spent several years studying for a PhD at Warwick University, but then her career took an unexpected turn. ‘Just as I graduated, I got married and decided that I wanted to start a family,’ says Geden. She wanted to spend time with her newborn, so she took a break from research and trained as a secondary school teacher – a job she could more easily fit around her family life through part-time working.

Today, Geden is one of many academics, both male and female, who have taken a break from their academic careers as a result of family or caring responsibilities, or for health reasons. When her daughter turned four and began full-time education, she decided it was time to re-establish her research credentials. But, as she found, returning to research after an extended period away is not easy.

‘I spent a good six to 12 months applying for research positions in industry but didn’t secure any interviews – I’d been away from research for six years,’ she says. After that, she turned to the Daphne Jackson Trust.

Established in 1992, the trust has a long history of helping individuals get back into research following a career break. Their two-year, part-time fellowships give returners the chance to work on a research project at a host institution while also undertaking a retraining programme to get their research skills back up to date.

Margaret Rayman, a professor at Surrey University, was a Daphne Jackson fellow in 1994. While a postdoc at Imperial College London, Rayman became pregnant with her first child. She then moved to Paris when her husband’s job relocated. By the time she had returned to the UK and decided to move back into academia, she had been out of the world of research for 20 years.

Like Geden, Rayman found herself unable to secure any interviews in the research sector. However, after a back-to-work course suggested that most people find work through contacts, she got in touch with an old colleague, now based at Surrey University, and put together an application for a Daphne Jackson fellowship based in his department.

‘I started the fellowship in June 1994, and it was a godsend because of the retraining aspect,’ she says. Rayman’s fellowship was focused on the link between trace elements in our diet and the pregnancy condition pre-eclampsia. ‘Retraining was the crucial part of the fellowship because the idea is that if you take time out of science your skills will become outdated,’ says Rayman. ‘Using computers and the electronically-controlled instruments were the biggest challenges for me · actually doing the lab work was the same as it always was.’

For Geden, who began her Daphne Jackson fellowship at the University of Warwick in 2012, the opportunity to refresh her skills and expertise in the lab has also proved crucial. ‘I had lost my confidence but I was working alongside students who were very supportive and gave me lots of time to familiarise myself with techniques that I hadn’t used in years. After a month of being back it was like I’d never left and my confidence has grown ever since,’ she says.

Both women admit that initially their return was tough: ‘I think you have to have a lot of determination,’ says Rayman. And although the fellowships offer dedicated positions for returners, there is no guarantee of a job afterwards. When Rayman’s own fellowship ended, she essentially created her own role, working as a visiting research fellow at Surrey and setting up a master’s course in nutritional medicine, an idea she herself suggested. However, she wouldn’t hesitate to recommend a return to science to anyone who is passionate enough. ‘If that’s what you really enjoy doing, you probably aren’t going to be happy doing anything else.’ Today Rayman is an expert in the field of nutritional medicine and the master’s course she set up and still runs is world renowned.

Geden’s fellowship led to a research role in the same group at Warwick, where she has been for the past two years. She recently secured a three year contract and begins a research and teaching role this autumn. ‘My long term aspiration is to develop my career in academia and stay in research until retirement. I’m really excited to be back doing research again, and am grateful to the Daphne Jackson Trust for the opportunity.’