Thinking about writing a book? Before taking the plunge, heed the advice of those who’ve done it all before. Hayley Birch talks to the experts

Everyone has a book in them. But does anybody else want to read it? And can you convince a publisher? We ask scientific authors and editors what to consider before putting pen to paper. 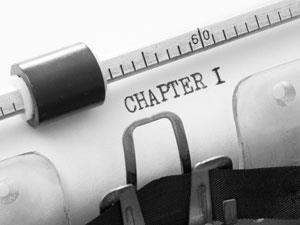 Is writing a book going to help my career?

It might, but that’s not necessarily a reason to do it, says Seth Rasmussen, a materials chemist at North Dakota State University in the US and author of How glass changed the world. ‘This was a subject that was near and dear to me and so I wanted to take the time to get that information out and share it with my colleagues,’ he says. ‘It was more about my own personal wish to write the book than any benefit that I was going to get out of it career-wise.’ Though Rasmussen adds that, together, the three history of science books he has authored or co-edited have raised his profile in the field.

How do I approach a publisher?

Publishers receive many proposals for projects that never get off the ground. Elizabeth Hawkins, editor chemistry for Springer in Heidelberg, Germany, knows exactly what the perfect proposal would look like: ‘I look for somebody who has taken a lot of time to think about their project and the competition literature, and prepared a good synopsis and table of contents for the planned material. When all of this material is presented in a well-structured way, and there’s enough of the material, then it’s a good proposal and it’s more likely to be taken on.’

Encouragingly, publishers are now able to accept proposals for more specific scientific topics. ‘We’re fortunate enough to have technologies that allow us to publish these as e-books without having to bear too many costs,’ says Hawkins. ‘In the past we would have had to reject these projects.’

Cara Sutton is a commissioning editor for the Royal Society of Chemistry in Cambridge, UK. ‘When we receive the proposal from the author, he or she normally has an idea how long they need to prepare the manuscript.’ she says. ‘Sometimes the manuscript is already written or sometimes we would ask for sample chapters – a kind of draft along the way – just to check that everything’s going to plan.’ After submission, the majority of books are edited by an expert and then a copy editor. Sutton says the whole process from initial idea to publication usually takes 18 months to two years.

What makes a good scientific author?

‘It’s got to be factually accurate and at the same time it’s got to be readable and tell a story,’ says Alan Lansdown, author of Silver in healthcare and a retired chemical pathologist, previously at Imperial College London, UK. ‘You also have to be self-critical and willing to be corrected – it’s useful if you can get some sort of mentor who will say, “Well, yes, but this isn’t quite what you mean, is it?”.’

According to Hawkins, writing clearly and building a strong scientific argument are more important than flair: ‘The books we’re dealing with are mostly the kind of books that experts in the field are looking to for new information or a new exposition of a topic, so there doesn’t need to be such a strong focus on language as with a popular science book. Of course it’s nice if the book is written well, but the focus is much more on the scientific content.’

Can I realistically do my day job and write a book?

It depends on the project. Lansdown is now spending his retirement working on another book about metals and cancer and says he couldn’t have combined working with writing. ‘This demands 110% of your time,’ he says. ‘You can work from eight o’clock in the morning until 10 or 12 at night and still go back and redo it all.’

It’s hard, agrees Rasmussen. ‘I think that you either have to be further on in your career, where you have some more time, or you have to take a sabbatical, so all you’re doing is focusing on writing the book,’ he says. ‘I have another, much longer book that I want to write and so I’m going to try to write chunks of it so that I have much more before I sit down and start making a formal agreement to finish it. It takes such a large part of your time that you really want to have all your ducks in a row when you sign that contract.’

I’m sending my proposal right away! Any other tips?

‘Don’t jump into it,’ advises Rasmussen. ‘Find opportunities to write longer and longer pieces of work and then transition to trying to write a book.’