Matthew Moorcroft uses his background in electrochemistry to create commercial DNA microarrays in his role as a project manager for Oxford Gene Technology (OGT). As devices that are essential to the biotech sector, the microarrays are used in areas such as genomics and genotyping.

The chance to work with the founder of the company and inventor of the microarray, Edwin Southern, was key in attracting Moorcroft to the job. ’[It] was very important to me.I wanted to work with someone very influential,’ he admits. 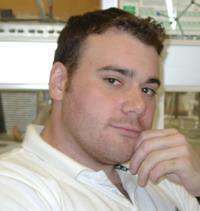 His responsibilities include commercialising projects and coordinating research. ’It’s a good blend of going back to the lab, developing a product, and then doing a product launch,’ he says.

He also confesses to spending quite a lot of time in meetings. ’It’s amazing how many meetings people want you to attend,’ he comments, though for now he is still keen to keep one foot in the lab. ’At the moment half my job is still technical, so I am still doing stuff at the bench and still doing some chemistry.’

Moorcroft came to OGT from Frost & Sullivan where he had spent a year working as a market analyst, offering advice and support to clients in the pharmaceutical industry; an industry in which he had gained experience through his sandwich year placement during his undergraduate degree.

He believes this background was valuable for his recent appointment as project manager within OGT. ’I was recording interviews, asking questions on the market, working out market trends and growth rates, so it was not unlike what I’m doing now for the first phase of the commercialisation of the project,’ he says.

Moorcroft says the ability to listen to people at all levels and deliver important information without bias is an essential skill for the role. He also believes that his postgraduate experience was extremely important.

He has had to learn to delegate effectively, so that he can oversee the entire project rather than be involved in all aspects of the research directly. He also says a sense of humour is essential. ’I genuinely believe in that, because you can have heated debates where someone wants you to do something and you have to feed that back to a team of people who don’t want to do it. I think having a joke about it is the most important thing.’

Moorcroft is one of the few scientists at OGT with a chemistry background. But rather than being at a disadvantage, he believes his background is extremely beneficial. ’The chemistry I learned at university certainly gives me a broad basis and the ability to be able to learn.’

In addition to applying chemistry and molecular biology to his work, he also has to make difficult decisions on the direction of the project. ’The key thing is the balance between following something up from an academic interest and a commercial interest. When you’re at university you can just follow things that are interesting, but when you get to the commercial world and you’re trying to do science, you’ve got to follow things up that are maybe not so interesting but are assured in terms of making revenue.’

He believes that chemists should not allow themselves to be pigeonholed into just chemistry, as the skills they have can lead to a huge variety of interdisciplinary roles. His philosophy is that you should ’try everything once’.

’As long as you are willing to learn new things then you can potentially make some exciting steps forward,’ he says.

So what are his plans for the future? For the short term, he is excited about the launch and commercialisation of his current project, seeing it through from beginning to end. And as a growing company, he believes that OGT has many exciting opportunities to offer.

In the longer term, he aims to stay in the biotech sector. ’Ultimately I would like to be in the position of directing science.facilitating and implementing scientific ideas.’