Ethical decisions in the workplace 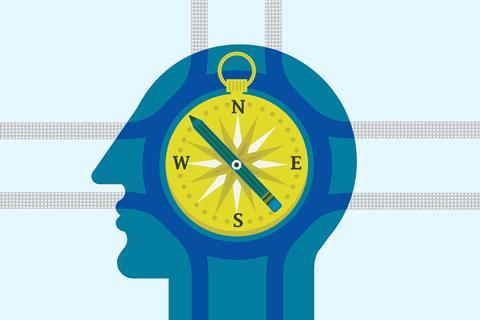 Your moral compass is an important guide when finding a job

The reputation of a prospective employer is often critical for deciding whether to apply for a job – especially if it’s the sort of place that doesn’t advertise salary ranges. Partly this is because we don’t want to work somewhere that will treat us badly. But our beliefs, ethics and morals also determine where we’d be happy working.

Not everyone has the luxury of finding an employer whose ethical stances entirely align with their own. An employer might even publicly appear to take a strong stance on an issue, only for reality in the workplace to be very different. Take Wellcome’s admission that it remains institutionally racist despite committing to becoming an anti-racist organisation two years ago. Its official report shows failings on multiple fronts, from leadership not prioritising the anti-racism programme to examples of direct discrimination based on race.

Moving isn’t just about avoiding an issue, but reclaiming your sense of agency

So what can you do if you find yourself working for an organisation that performs activities that you consider unethical? One option is to leave, much like the chemists featured in Kit Chapman’s article, who chose to leave countries because they felt that the societal or political attitudes there ran counter to their beliefs. This can be a healthy thing to do. The powerlessness that comes when your voice isn’t heard or you are not represented in an environment can be deeply damaging; moving isn’t just about avoiding an issue, but reclaiming your sense of agency. Leaving can also trigger action – an organisation that keeps losing its best people over moral matters will have some motivation to review its working practice.

But not everyone is in a position to leave. Those who remain can either do nothing, or try to make positive change. But the ability to make that change happen often depends on the power, energy and perspective you have. Those with the influence to make a change happen may not be aware of the full extent of the problems inherent to a system – after all, if that system has enabled them to rise to power, they are less likely have faced direct discrimination. By contrast, those who suffer under that unfairness shouldn’t have to shoulder the burden of correcting that on top of coping with the discrimination they face.

That disproportionate burden is why everyone who feels secure enough to speak up about unethical and other problematic corporate practices should do so. Simple actions, like calling out bad practices and backing up other people who you agree with, influence the culture of a workplace. Those small actions won’t change an organisation overnight, but by raising awareness of issues they increase the pressure for change to occur – and show that the workforce will help to implement that change.