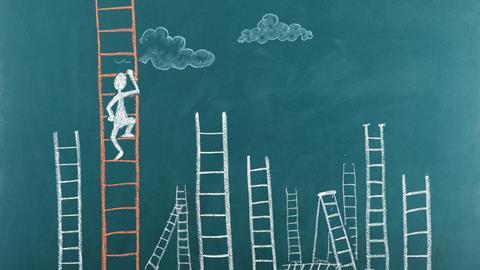 How to become a science entrepreneur

Five tips from the experts on going it alone

With fierce competition and a scarcity of posts beyond post-doctoral level, many chemists see starting their own business as an alternative career path. But even for those researchers coming from an industry background, venturing into business can seem daunting. We spoke to some entrepreneurial insiders to find out their top tips when it comes to making it on your own.

To have a successful business you need a great idea… but how do you know if it is good enough? ‘What’s a good scientific idea is not necessarily a good entrepreneurial idea,’ says Ali Salehi-Reyhani, a research fellow at Imperial College London, UK, and founder of anywhereHPLC, a company developing a handheld high performance liquid chromatograph. ‘It’s not something that is possible or interesting. It’s a very different mindset.’ For an idea to be sellable it ultimately needs to meet a customer need.

‘Customer development is key,’ agrees Mark Hammond, co-founder and director of Deep Science Ventures, which helps scientists build high impact ventures from scratch. ‘See it through their eyes. [Your product] needs to be at least 10 times better than what they have already.’

See for example Simon Hirst, chief executive and founder of Sygnature Discovery, based in Nottingham, UK. Hirst had been working in the pharmaceutical industry, outsourcing research to other companies, when he decided he could do better himself. However, even with years of industry experience Hirst took the time to understand his market and customers. ‘You can convince yourself that there are clients that want a service but you have to test that. Know who you’re going to sell to and why,’ he says. Thanks to his preparation, Hirst had customers in place before he launched. Starting in 2004 with four other chemists and a finance officer, today Sygnature Discovery has one of the biggest chemistry groups in the UK.

And if you don’t have an idea? According to Hammond you could be at an advantage – you can start with a problem that needs to be solved rather than a technology that needs to find a purpose.

When Hirst founded Sygnature Discovery, he knew that he needed to bring in expertise from outside. ‘Nobody knows everything,’ he says. ‘Recruit people alongside yourself that can compensate for your own weaknesses. Employee number two was the finance director as I didn’t have that training and expertise.’

Mentorship is also a great way to get access to skills and advice. ‘I would recommend it to anyone,’ says Hirst. Even today, Hirst finds his mentor to be extremely valuable in providing independent opinion as well as challenging his decisions. Budding entrepreneurs might feel nervous about asking others for advice for free, but Hirst says not to worry. ‘People underestimate other people’s willingness. You just have to have some nerve to go out and ask for help.’

When Hirst began looking for lab space, he found BioCity Nottingham, an incubator for life science companies, was able to give him the flexibility he needed. While many other sites only offered long-term contracts BioCity allowed him to have a three month lease. ‘You don’t want to be making a five-year commitment when you’re six months old,’ he says.

The incubator environment offered other benefits too. Other companies on site were able to help with IT and patent needs, while incubation managers could offer business support such as advice on grants, shipping and exporting.

Working at a university, Salehi-Reyhani had access to equipment, space and expertise while developing his product. Universities also often house their own incubators and hackspaces, while technology transfer offices are on hand to provide business advice.

There are a wealth of competitions and funding options available to entrepreneurs. This is how anywhereHPLC began, when Salehi-Reyhani won £20,000 seed funding in a Dragon’s den-style competition at Imperial College. He has since entered and won other entrepreneurial competitions, giving him the money to develop his company’s product. He found competitions also gave him practice at pitching and conveying his idea, which is now undergoing outside investment.

According to Hammond, the funding landscape is looking particularly promising at the moment. ‘This is the perfect time for scientists to start something. Investors are now looking for risky high tech stuff,’ he says. Coupled with funding schemes such as the UK government’s Innovate UK, there is potentially a lot of money around for those in search of it.

And of course there are multiple models to get a startup off the ground. ‘We set up without any investment,’ says Hirst. While unusual, Hirst says it is possible. ‘Don’t accept traditional wisdom that you have to do it in one way.’

It’s not that different

Although it may sound daunting, the beginning stages of a startup are very similar to doing scientific research.

‘The first couple of years are a search for something that works – it’s science,’ says Hammond. ‘You’re selling a hypothesis, then testing, then doing customer development.’ Essentially you’re doing lots of different experiments until you’ve got customers.

And if you fail? Hammond says that even this can be beneficial. Of the scientists they’ve taken on board at Deep Science Ventures, nearly all have been offered jobs at companies they’ve tried to sell to. ‘It opens doors because you’re expanding your network.’