How to form a research collaboration

Seasoned academics will tell you that collaboration is the bread and butter of scientific research. Most chemists will be involved in some type of joint working, ranging from small-scale lab partnerships to large research consortia. Such projects can often lead to publishing in higher impact factor journals, and teaming up with industry can increase an academic’s productivity through follow-on publications. But it can also go wrong, with miscommunication and unmet expectations scuppering progress. 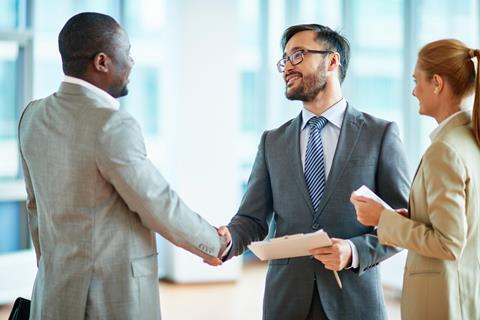 We spoke to some seasoned collaborators to find out how joint working is done successfully. Helen Turner is the director of Midland Innovation, a collaboration between eight universities in central England; Haralampos Miras, a chemist at the University of Glasgow, is part of a team formed via the Scottish Crucible interdisciplinary collaboration programme; and Sean Ekins, founder and chief executive of Collaborations Pharmaceuticals in Raleigh, US, has been collaborating with other scientists in developing machine learning models for several decades.

Find out if you work well together

‘There is no point in collaborating with someone that you just don’t want to spend time with,’ says Turner, who has helped steer numerous collaborations at Midlands Innovation. That means it’s worth getting to know someone a little before you enter into a partnership. But who should you approach?

‘There has to be an element of hunger,’ says Ekins. His tip is to find an enthusiastic early-career collaborator who will prioritise the project. ‘It’s much more difficult with an established investigator who is well funded, because you are coming in with something that will compete with what they are already doing.’

You should also make sure that you a prepared to be a good collaborator yourself. ‘No one respects or wants to collaborate with a person with an egomaniac or a narcissistic personality whose behaviour dominates discussions,’ warns Miras.

What do you bring to the table?

But compatibility is only part of the story: both sides need to add something unique to the collaboration. This could be a new approach from another discipline, a new technique or skillset, or even a unique piece of equipment. ‘You need to find somebody that does something that you can’t do,’ says Turner. ‘That’s where it becomes exciting and interesting.’ In collaborations with industry, Turner adds that it is crucial to really understand a company’s business drivers and short-term challenges to know what they want.

Managing expectations might be the single most important factor in successful collaborations. This means everyone knows there role, what they are responsible for and how long it should take. For large scale projects, formal collaboration agreements are often drafted. However, that might not always be necessary, advises Turner: ‘If you are a young academic starting out, you wouldn’t necessarily formalise it like that. But you do want to be thinking what are they going to get out of it, and what you are looking for.’

Miras agrees that it’s wise to make sure all issues are on the table. ‘From the beginning, discuss the smaller things. They might look trivial initially, but they can grow into big issues on the way.’ For example, who is the lead author and where (or even if) you intend to publish needs to be clear from the outset.

Once expectations are set, it’s still really important to keep communicating. Ekins thinks that, at the very least, there should be a face-to-face meeting when the collaboration starts. There should then be regular phone calls every two to four weeks, as well as weekly email updates. While project management might have been difficult in the past, today sharing information is less of a problem, he adds, with a host of programs designed to help. ‘There are lots of technologies now for sharing biological and chemical data, even for sharing machine learning models. We have been developing new technologies to do that so when we build models with collaborators data, we can share it with them directly.’

But communicating is more than just keeping in touch – it’s about really understanding your collaborators and when researchers are from different disciplines this isn’t always easy. ‘In interdisciplinary projects, the main obstacle is often the field-specific language used. This can sometimes cause confusion, communication issues and prolong reaching an agreement,’ explains Miras. ‘The key is to listen more than you talk.’

While collaborations brings undoubted benefits, both to individual careers and through the knowledge and innovation they produce, they can be demanding: they require focus and are rarely completed on time. ‘You need to expect that you are going to have to invest a bit more time and that you might not be able to progress to your timetable,’ says Turner. You also need to be flexible, particularly in collaborations with industry. ‘There might have to be some compromise because of the agendas and deadlines of your partners and their organisations,’ she adds.

However, overall our experts are enthusiastic about the opportunities collaboration provides and recommend it to other researchers. ‘Don’t be afraid to talk to people, go to conferences and scientific events and try to meet a new [potential collaborator] as often as possible,’ advises Miras.

For Ekins, some of his partnerships have resulted in collaborations that have lasted more than a decade. ‘There is an element of luck,’ he admits, ‘but it almost becomes an addiction – you want to do more collaborations because you realise how successful they can be.’