How to pass your PhD viva

In most of Europe, the PhD viva is a formality. In Finland, you get a ceremonial sword. In Australia, it doesn’t exist at all. But in the UK, the oral viva (or, in the US, the thesis defence) is an integral part of achieving a doctorate. In a gruelling two-hour (or more) face-off with internal and external examiners, the candidate must prove they can support their thesis and are ready to become an independent researcher. 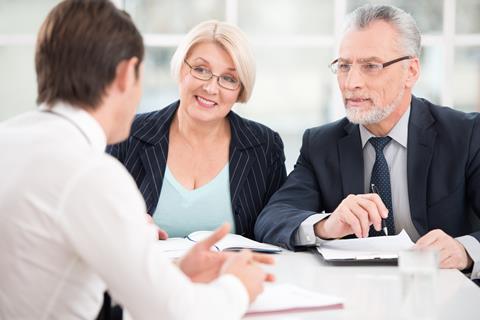 Vivas: because who doesn’t want to be grilled for two hours about a subject they are thoroughly sick of thinking about?

The viva is not universally popular. With little regulation or standardisation, many academics feel it is no longer fit for purpose. And while there are few outright failures, the level of fear and anxiety around vivas is high. University of Bath, UK, chemist Oli Weber, who successfully completed his viva in May, had heard these stories too: ‘that was very much in my mind beforehand, because you just don’t know until its actually underway how it’s going to pan out.’

It was after a bad experience as an examiner that Pat Sikes, a sociology professor at the University of Sheffield decided to look into these stories. She collected accounts from a group of around 20 examiners.1 The horror stories recounted to her mostly related to examiners with grudges or long-running issues between candidates and their supervisors. However, Sikes herself is not against the practice: ‘I’ve been in a number of vivas where the outcome that the examiner thought was going to be didn’t happen, and often for the good of the candidate,’ she explains. Of her involvement with 160 odd vivas, she says only five stand out as being horrendous.

‘It is very rare for people to have a viva which is a totally negative experience,’ adds postgraduate skills trainer Nathan Ryder. Using his own experience completing a PhD in mathematics, he has created a ‘viva survivor’ workshop designed to help postgraduates prepare. He has also recorded viva experiences in a podcast and created a free downloadable advice booklet.

So how should you prepare for you viva?

Make it easy for the examiners! ‘I’ve never come across an examiner who sets out to be unpleasant, but I’ve come across examiners who get irritated by the work they have been asked to examine,’ says Sikes. ‘That’s often because the work is badly presented, and takes far too much energy on the part of the reader and this feel disrespectful.’

Weber adds: ‘Make sure that there aren’t too many leaps in thinking and arguments that you can’t defend.’

Read your thesis from cover to cover

Ryder says the most important task is to read your thesis. ‘Line by line. Don’t skim it, don’t just focus on the good bits or the bad bits, where people’s preferences lead, but really read it.’ He also suggests annotating and highlighting the text or using post-it notes to help find each chapter or important results – this will prevent that feeling of panic when you can’t find what you are looking for in the viva.

You may be asked questions around the wider topic of your work, so make sure you are well read in the area, including reading your references. Weber did this for his PhD on thin-film perovskite solar cells. ‘It was really helpful to read through the thesis and the research that we had published, but also to review all the basic theory to make sure that it was really fresh in my mind … I was doing some of this work three and a half years ago.’ Another top tip is to read up on your examiners’ work: they’ll probably want to talk about it!

Practice talking about your work

Some supervisors create a mock viva for their students. ‘I’m not convinced they are useful but a lot of my colleagues do them,’ says Sikes. ‘You are not going to have the same degree of stress and anxiety.’ However, Ryder says it is useful to talk about you work as much as possible and prepare summaries as you may be asked to introduce your project. He also suggests coming up with answers to some general questions, such as why this research interested you and what the results have contributed to your field.

Ryder says the most important thing he does at his workshops is try and instil confidence in candidates. Sikes agrees that most people should be justifiably confident: ‘If failure was looking to be on the cards, people will generally have exited before they get to the viva.’ For most, she says, it turns into a positive experience. ‘These people have read your work more carefully than anyone else ever will and so you can have a really good discussion and at the end of the day most students come away and say there were challenges, but I really enjoyed it.’

‘There were definitely some difficult questions but nothing unfair, everything was very relevant,’ recalls Weber. ‘[The examiners] were clearly very engaged with it and quite positive.’ But, he says, ‘I think it’s hard for me to say that I actually enjoyed the process…’