Researchers looking to further their careers might consider heading to Japan. Helen Carmichael talks to scientists with first-hand experience 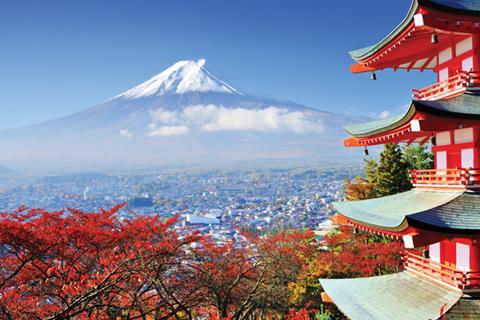 With an annual research budget of around £80 billion, and government and industry placing a strong emphasis on continuous R&D, Japan is an attractive prospect for scientists hoping to broaden their horizons.

The country welcomes foreign scientists, understanding that maintaining a healthy research base relies on strong international partnerships. The Japan Society for the Promotion of Science (JSPS), Japan’s largest funding body for basic research, therefore awards around 1000 fellowships each year for international researchers to experience Japan’s world-class facilities and work alongside its leading scientists.

The current international fellowship system began in 2000, and includes fellowships for researchers at all stages of their career. Their duration can range from months to years, and the same researcher can be awarded repeat fellowships. Researchers are fully funded with allowances for subsistence and additional research costs. JSPS also provides welfare support, including Japanese language training.

In July 2006, John Brazier moved out to Japan for two years at the laboratory of bioorganic and synthetic chemistry at Kyushu University, Fukuoka, on the north coast of Kyushu Island.

Before his visit, Brazier’s research focused on using modified nucleoside bases to affect DNA structure. ‘I decided to work on a project suggested by my host, Shigeki Sasaki, on minor groove DNA binding molecules. Therefore he had a vested interest in the research I was conducting, and gave plenty of guidance and support,’ Brazier says. ‘We are still collaborating on this project, and hope to publish the results in the near future.’

Broadening his research also brought new collaborations, Brazier explains, such as his project with the University of Reading’s Christine Cardin on ruthenium complex binding.

Brazier also thinks that the experience helped him to secure his current position as lecturer in pharmaceutical chemistry at Reading. ‘Working in Japan is an unusual choice, and I think it stands out on a CV. It shows a willingness to embrace a different way of working and living, and demonstrates flexibility in your approach,’ he says.

‘I had the most amazing time in Japan, both professionally and personally, I met some really interesting people, and worked on even more interesting science,’ Brazier adds. ‘The opportunities to develop your research skills are clear, but it also allows you to develop independent research – a commodity much sought after in academia.’

Like Brazier, most fellows find a position in a research institution or company in their home country, although an increasing number choose to stay in Japan.

‘Japan is not as foreign as people might first think,’ says Polly Watson, international programme coordinator at the JSPS London branch, which has now been open for 20 years. ‘The majority of Japanese people speak English, and Japanese society at large is efficient, friendly and accommodating.’

JSPS offers collaborative fellowships to researchers at all stages of their career and in all research fields. These include a postgraduate level summer programme; both short and longer term postdoctoral fellowships; and invitation fellowships for mid-career and senior researchers. ‘The level of funding between fellowships varies but will include a return airfare, maintenance allowance and health insurance,’ Watson says.

The University of Southampton’s Philip Gale gave a series of seminars in Japan on an invitation fellowship with JSPS in 2011 – shortly after the tsunami. Gale’s host was Hiroyuki Furuta at Kyushu University, Fukuoka, who nominated him for the programme.

Although one visit was cancelled due to the disaster, Gale did manage to go to Tokyo and Tsukuba to fulfil his lecturing commitments. ‘I’d been to Japan before on a lecture tour in 2002,’ Gale explains. He has a lot of connections in Japan, which is a leader in his area of expertise, supramolecular chemistry, with a network of research groups clustered in Osaka, Kyoto, and around the Tokyo and Tsukuba area.

Would-be fellows will need to find a host, but the JSPS can help here too. ‘The JSPS London website offers a link to the “ReaD & Researchmap” system and JARC-Net – comprehensive databases of R&D activities and Japanese researchers. From here a researcher can search for scientists in Japan and make contact,’ Watson says.

Once back in their home country, JSPS alumni can make use of a number of exclusive funding schemes. These include the Bridge fellowship to revisit Japan to create and expand academic links, and symposium schemes to help members to organise academic conferences. ‘The links I made in Japan allowed me to host a JSPS supported symposium, increasing my standing in the research community, leading to new opportunities,’ says Brazier.

‘I love Japan – the quality of the science is truly world-leading, so I would jump at the opportunity to go back,’ Gale continues. ‘I really enjoyed my visit and found interaction with other specialists in my field particularly valuable.’