For many, a career in space science means being an astronaut, or perhaps an aerospace engineer. But like space itself, the discipline of space science is vast, and there are lots of opportunities to be found for chemists eager to explore our universe.

Sam Kounaves is one such chemist. He began his career in analytical chemistry before deciding to follow his childhood dream of exploring other planets. Two decades later, he is a professor at Tufts University, Massachusetts, US, and an affiliate scientist at Nasa’s Jet Propulsion Laboratory. Kounaves’ focus is on planetary science – exploring whether other planets could hold conditions favourable for life. Recently, he led the wet chemistry experiment on the Phoenix Mars Mission, which analysed the planet’s potential to support life by looking at nutrients present in the soil. However, he also carries out work closer to home, in places such as Antarctica, which act as earth-based analogues for the extreme environments of Mars. 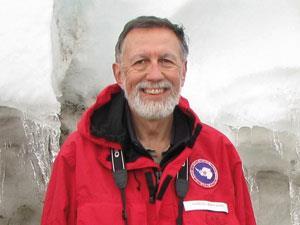 According to Kounaves, having a degree in chemistry is a solid grounding for a career in space science. Chemists have well developed analytical skills, which are invaluable for those looking to probe our universe. ‘At one time, Nasa was solely engineering in a lot of ways,’ says Kounaves. ‘Now, it’s becoming more and more common to find chemists and biologists. One of my projects, for example, is funded by Nasa’s astrobiology programme specifically to look at chemical ways of detecting life.’ Those hoping to follow in Kounaves’ footsteps can take two main paths: joining a research group at a university or applying to work at Nasa itself. Nasa recruits scientists at several labs across the US, such as the Ames Research Centre, which also hosts the Nasa Astrobiology Institute.

In the Netherlands, Mei-Mei Stienstra is based at the European Space Agency (ESA), working across a range of missions. Her role is to test the materials used in satellites or other objects destined for space, to check they are able to withstand the extreme conditions. She also ensures that the materials themselves will not contaminate the space environment. For example, everything bound for the space station has to be tested to see whether it will release gases that could damage instruments and equipment. Such ‘offgassing’ could also affect the station’s atmosphere, making it unsafe for the crew to breathe.

Although Stienstra is an engineer by training, she relies heavily on analytical techniques such as gas chromatography-mass spectrometry to carry out her job and suggests that chemists would be welcome in her division. ‘The boundaries of the job description are not so strict, so I might be doing some more in-depth chemical analysis in one case and a bit less engineering,’ she says. ‘[This work] would be very suitable for chemists.’

In Europe, chemists working on space science are most likely to be found at academic institutions or in industry. However, a career at the ESA should not be ruled out. For those wishing to join the ESA, a background in materials or polymer chemistry could really be an advantage, explains Andreas Tesch, who looks into new materials for use in ESA missions. ‘Material scientists are a very rare species and therefore a lot of our colleagues originally studied chemistry,’ he says. But being such a wide-ranging field where much of the work is highly interdisciplinary, there is no specific set of requirements. So according to Kounaves, the best preparation is simply a strong fundamental knowledge of chemistry with experience of instrumental analysis.

But isn’t being a successful space chemist still harder than succeeding in a more traditional domain? ‘It’s harder only in that opportunities are limited,’ says Kounaves. ‘We don’t send spacecraft to Mars every day – they’re limited in terms of when they go and who can put instruments on them so it’s competitive. But in any area of science you need to have two things: a passion for science and the persistence to continue at it.’

For Kounaves, the move to space science has certainly paid off. ‘It’s an extremely challenging intellectual area,’ he says. ‘What could be more exciting than trying to understand the biochemistry of life on another world and how to detect it?’

Manisha Lalloo is a science writer based in London, UK