The benefits of sharing questions with candidates before an interview 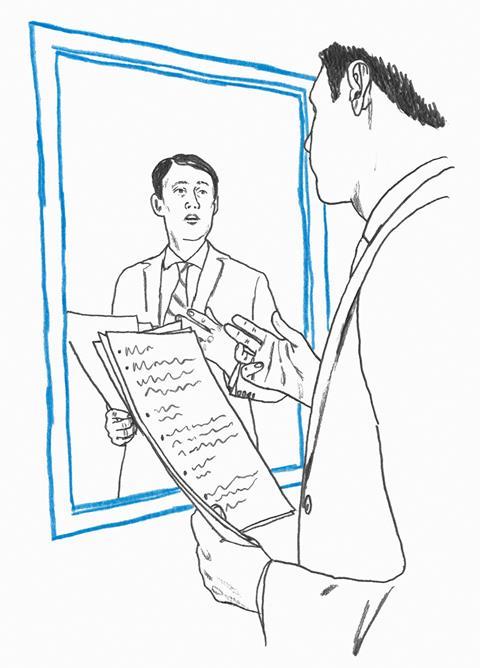 A few hours after I attend a job interview, the feelings of regret kick in. No matter how well or how badly it went overall, my mind will run over my answers – and suddenly, far too late, I’ll think of the much better responses that I should have given.

That’s one reason why a tweet from astronomer Bryan Gaensler caught my eye. For a recent set of interviews for a postdoc position in his group, he tried a new approach: sending the list of interview questions to candidates a week in advance. The questions focused on candidates’ experience and interests, such as ‘What experience with high-performance computing do you have?’ and ‘What are your strategies for keeping momentum and focus?’ Gaensler said that allowing candidates the time to fully think through their answers, rather than saying whatever first came to mind, led to ‘detailed, thoughtful answers. Everyone putting their best foot forward. Everyone showcasing their experience and depth of knowledge.’

Some people fear that a prepared answer is a more artificial response than something thought up on the spot. But interviews are a highly artificial way for interviewers and interviewees getting to know each other. Isn’t it better to give interviewees the opportunity to prepare the answers that reveal the most about themselves? After all, testing someone’s ability to answer unknown questions under pressure primarily tells you about their ability to answer questions under pressure – a valuable skill, but one that most jobs only call upon occasionally.

It’s not as though all the answers normally given in an interview are entirely spontaneous either. Rehearsing responses to common questions is generally one of the top tips for interview preparation. So providing a list of questions in advance may actually allow a candidate to produce more insightful answers than the stock responses they’d otherwise prepare. It also makes things fairer: no longer will one candidate gain an advantage over the others merely because they were lucky enough to guess what would be asked, or because they had fewer demands on their time in the run-up to the interview and so could prepare for a wider range of questions.

While the question list maps out the main discussion points, follow-up questions can then be used to probe answers in more depth or to expand on common areas of interest. The benefit of this isn’t just that it’s more relaxed than a surprise grilling. It’s also likely to more closely reflect the dynamics of the meetings you might actually have in the workplace. And the better you can replicate that kind of real-world atmosphere, the better you’ll be able to tell how well you’d work together – which, after all, is one of the main purposes of a job interview.