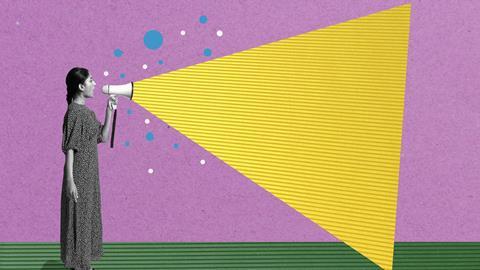 Publicly criticising employers is risky, but a valid way to raise concerns

Many employers like to advertise their healthy and inclusive working cultures. But not all live up to their own hype, as highlighted by a recent spate of public announcements. A chemistry professor in the UK announced through their now-deleted Twitter account that they were leaving their job due to a biased and exclusionary institutional culture; over in a chemistry-adjacent industry, brewing, former employees of Brewdog published an open letter claiming they worked in a culture of fear. Even prospective employers have been reproached: chemist Lisa Jones withdrew herself from consideration for a job at UNC Chapel Hill in the US over concerns about the commitment of the university to diversity, equity and inclusion.

Publicly criticising a past, present or future employer is often seen as a risky career move. It might harm your ability to get a job in the future as prospective employers wonder if you’ll expose their shortcomings too. Criticism that veers too far into ranting, settling scores or personal attacks looks unprofessional; in the heat of the moment, it can be difficult to tell if you’ve crossed that line. These fears make it hard for an employee to expose legitimate concerns – a side effect that some employers might be grateful for.

But bad reputations still manage to spread. Employees who don’t want to publicly associate their name with criticism can review their employers semi-anonymously on sites like Glassdoor (while technically anonymous, these often contain enough details to make it possible to work out who left a particular review, particularly if it’s for a small company or a specialised role). More often the message travels through informal networks as people tell their friends about the reality of their working conditions. As with everything related to networking, this creates an inequality; the better-connected people learn which workplaces to avoid, but the less-connected – such as minority groups who may be more vulnerable to exploitation or discrimination anyway – don’t receive the warning.

Some might argue that instead of taking grievances public, attempts should be made to fix them internally. But what do you do when you’ve tried this, only for your efforts to be ignored or rejected? Giving problems wider publicity is also important for fixing things that might be common across an entire sector or industry.

We can’t maintain healthy working environments unless the people in them are able to call out where things have gone wrong – publicly, if necessary. That doing so is seen as a career risk shows how much professional culture still needs to change, because people who are prepared to take actions that improve workplaces for everyone are assets that any employer should be proud to hire.