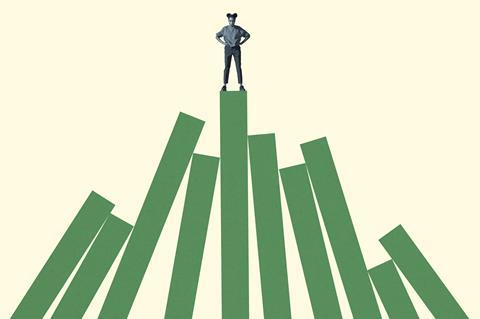 Underlying many successes is a history of things going wrong

In many people’s minds, science is about success. Public support for research funding is stoked by discoveries leading to applications, like new drugs or better batteries. In school, science lessons can seem to be about finding the correct answers, in contrast to the arts with their multiple valid perspectives. Indeed, that certainty was one of the things that attracted me to science early on. The more you succeed at getting the right answer, the better scientist you are.

Once you start your own research however, you quickly come to realise that failure is very much a part of science. But even then, it’s often concealed: think of all those ‘failed’ experiments whose results languish in dusty notebooks or in undisturbed directories of cloud computing networks. An experiment might be classed as unsuccessful for many reasons, such as a low yield, an impure product or an inconclusive result. That such potentially valuable information is not shared has long been acknowledged as an issue, as valid work goes unrewarded and time is wasted repeating experiments where the results are already known. Now, as AI enters chemistry, its predictions are being thrown off by this lack of failure sharing.

Just as a failed reaction isn’t necessarily the fault of the experimenter, so too with other aspects of scientific life. A job interview can go very well, but you still don’t get the job because another candidate interviewed slightly better. Or an interview can go poorly because the interview was set up badly or necessary accommodations weren’t applied correctly.

Or take the case of a PhD student who never graduates. Did they fail, or were they failed? I suspect that nearly always it’s the latter – the support on offer to the student has been lacking in some way. In other cases, viewing dropping out as a failure is the wrong perspective to take. There might have been no failure at all – the student has just come to the decision that completing the PhD is not in their best interests. Just because this student has chosen to deviate from the standard qualification path doesn’t make them inferior. In fact, diverging from the traditional way of doing things is exactly the sort of spirit that should drive science.

There are signs that we are getting better at admitting that things sometimes go wrong, including prominent researchers creating CVs of their failures. But even better would be to view failure from a new perspective: as an event from which much can be learned, rather than a bad thing to be endured.