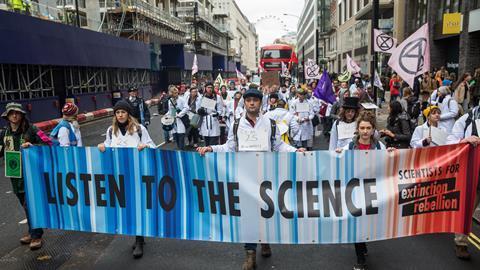 Should scientists be activists?

Last autumn, amid the heavy rain and grey skies of London, UK, a climate revolution was on the horizon.

Extinction Rebellion (XR), an activist group who want policymakers and the public to face the climate crisis, were camping out in a wet Trafalgar Square.

During a program of coordinated activist events, protesters locked themselves to hearses, sprayed fake blood over the main treasury building, and plotted to fly drones over Heathrow.

Although these more theatrical acts of civil disobedience caught the most attention from the mainstream press, they were only the highlights of diverse activities across continents. Green-fingered members planted trees in Wellington, New Zealand, while Indian XR members gathered at Bhopal’s upper lake and read Greta Thunberg’s infamous speech from the 2018 United Nations climate summit. In the middle of Pennsylvania, USA, Black Lives Matter and XR healthcare workers connected health with the climate crisis, and offered blood pressure screening.

And now, over 1500 scientists have signed a declaration in support of XR’s aims, with the number keeping increasing. ‘Scientists of Extinction Rebellion’ formed, a subnetwork comprised of concerned scientists across the globe, many of whom have been trying to make climate change an urgently recognised issue for decades.

XR is not the only activism outlet that is gaining traction. As political shifts have occurred, more and more scientists have felt that traditional routes of advocacy have failed. Many now feel like they no longer have a choice but to get involved with activist causes.

Yet, activism means different things to different scientists. For some, activism involves pushing for changes within their institution or field, while for others, their political stance guides their every personal and career decision.

Science for the People, which has its roots firmly in the traditions of the radical anti-war movement of the 1970s, encourages political action. The organisation reformed a few years ago in light of political upheaval in the United States.

‘A lot of people who had progressive or radical politics were suddenly looking for a place to call home,’ says Ben Allen, a biologist who is also a former secretary of the revitalised Science for the People. ‘There was a clear shift in people becoming keenly aware that they don’t just exist outside of the dominant political machinery.’

‘For a long time, people were able to sustain the illusion that just by being a scientist, what you did was good and helped people,’ Allen continues. ‘But we are often actively prevented from helping people by not having a place in policy, or the dominant forces that make science happen are not interested in helping people.’

Some are concerned about whether scientists cross a line by becoming activists. Isn’t science meant to be an objective pursuit, free from political interests? And aren’t scientists better off in the lab finding solutions to problems, rather than disrupting the status quo?

Peter Edwards, a professor of chemistry at the University of Oxford, isn’t convinced that scientists should get involved in activism. 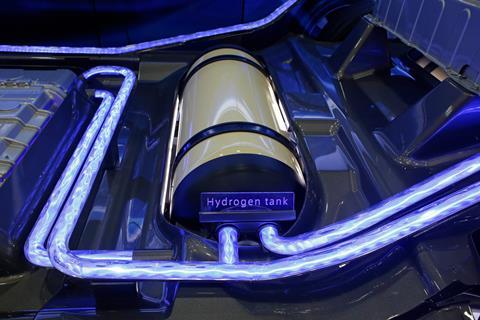 Should scientists concentrate on developing technologies that will mitigate the effects of climate change, like hydrogen fuel, rather than campaigning?

Edwards is working towards creating hydrogen fuel through decarbonising fossil fuels, and is glad that groups such as Extinction Rebellion are highlighting the importance of combatting the climate crisis.

However, he thinks focus on technological solutions is what is needed. ‘I am concerned at the growing anxiety and open aggression one sees in young people triggered by this activism,’ says Edwards. ‘What is now needed is a harnessing of these concerns into realistic actions.’

Other academics are also wary of scientists getting political. In 2017, coastal geologist Robert Young criticised the March for Science in Washington DC, which was initially formed by scientists who felt increasingly concerned about the policies of US president Donald Trump. Young warned scientists that joining the march would ‘serve only to trivialize and politicize the science we care so much about’ and would ‘simply increase the size of the echo chamber’.

Additionally, the effect of activism on the perception of science as an institution has concerned others. Activism ‘undermines the standing of academics as objective seekers of truth … [and could] jeopardize the social contract that underpins the tradition of financial support for basic research’, wrote David Sedlak in the journal Environmental Science and Technology. In other words, being involved in activism may damage the already delicate commercial and governmental relationships that scientists rely on to fund their work.

Aaron Thierry, an earth systems analyst who has a personal history of activism involvement, disagrees. ‘Scientists have always been involved in these movements, and it’s something we should not be ashamed to take part in.’

Thierry says we can look at past scientists, such as conservationist Rachel Carson, whose book Silent Spring highlighted the environmental impact of indiscriminate pesticide use, or Albert Einstein, who campaigned against nuclear weapons, to realise the importance of scientists speaking out. ‘They understood the consequences better than anyone about what their research had discovered.’

Many individual scientists are taking their lead from such examples, and are finding ways to combine activism and science.

Despite being passionate about making social change, Christine Liu, a neuroscience PhD student at University of California Berkeley, knew that traditional forms of activism didn’t suit her preferences and skills. She much preferred staying in and designing to being out on the streets with a placard. 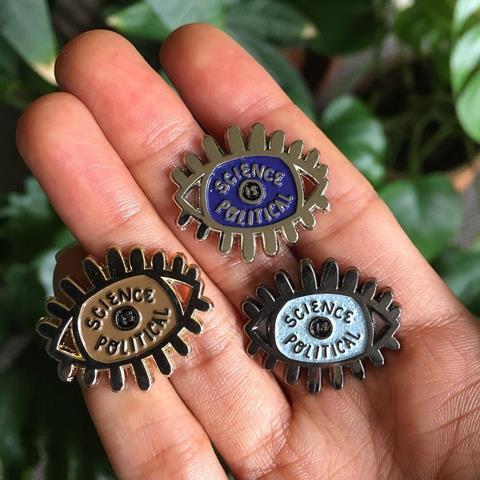 Alongside fellow scientist Tera Johnson, Liu combines art and activism in a jewellery business that aims to make science more accessible. Two Photon Art has designed jewellery with marginalised people in mind. For example, the #DocumentYourNameplate project highlighted how nameplate necklaces act as complex cultural assertations of identity, and often do so in the face of erasure and displacement. Two Photon Art sells nameplates featuring scientific job titles that historically excluded marginalised people, such as neuroscientist, engineer or programmer. Proceeds go towards organisations such as the United States National Immigration Law Center, which defends the rights of immigrants, and Girls Who Code, which aims to close the gender gap in technology.

‘I couldn’t see myself justifying a career if I had to sacrifice standing up for the things I believed in, so I tried to find a way where [activism] was compatible,’ Liu explains.’I am sure my perspective would be different had I pursued a different career.’

However, she has not always found it easy to convince scientists that social change is necessary within the scientific community. ‘In my experience, it was actually much more difficult to advocate for inclusion in science than it was to advocate for people who are objectively more disadvantaged.’

Liu doesn’t think other scientists should try and conform to what someone might perceive to be an ideal activist. She suggests that scientists who want to do something need to harness their unique skills. They can write to their local or national governments, fundraise for causes they care about, or use social media to find likeminded people.

Other scientists are still finding that traditional forms of activism are the best way to get their voices heard. Jennifer Rudd is a chemist who joined Extinction Rebellion in October 2018, after her brother found out about them on social media. She was fed up with politics and policies not resulting in anything tangible. ‘The only thing we have left to our disposal is to take to the streets,’ says Rudd.

At first, Rudd was concerned about being put on government watchlists. ‘I thought if I even looked at the website, I would be in major trouble,’ Rudd explains. Although this might seem far-fetched, in January XR were classed as having an extremist ideology by counter-terrorism police in the UK.

Surprisingly, she has found that activism has had a positive effect on her career, as it has increased her visibility within science. ‘I have found potential collaborators from outside of my field, and it’s given me a broader prospective on the work that I do. I have found a lot more people know my name than if I had just published my results.’

Any advice to apprehensive new activists who want to be out on the streets?

‘Always carry a spoon in your pocket!’ laughs Rudd. At the height of the rebellion in central London, she had been speaking to the public about climate change for four hours straight. Another member of the group saw that she was running out of steam, and offered her homemade soup. ‘Activism is the most emotionally exhausting thing that I have ever done’, says Rudd.

However, Rudd admits that getting involved in activism, particularly civil disobedience, is not a decision to be made lightly, and can have serious consequences. For example, the Scholars at Risk project recently reported that from September 2018 to September 2019, there were 87 incidences where researchers were wrongly imprisoned, often for expressing their academic opinions.

‘[Activism] starts you on a path that you can’t necessarily leave,’ Rudd says. But she has no regrets about getting involved in XR, especially after helping them raise the alarm about ecological disaster in Trafalgar Square.

‘Police were blocking off three exits, and in the middle I was stood in a lab coat, with a table full of information about climate change,’ remembers Rudd. ‘I don’t think I have ever felt more useful.’