Be less Germany and more Croatia

Teams are more than the sum of their parts. While we can look at teams and salivate over the raw talent of individuals, it’s rare that a bunch of superstars achieves success without that invisible, intangible glue we call team spirit. 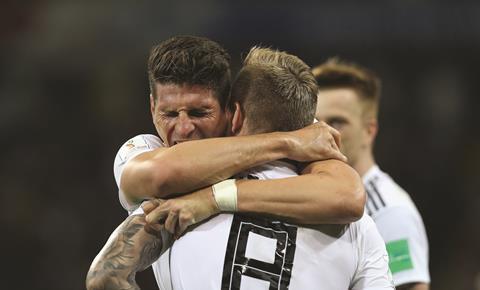 Germany crashed out of the World Cup in the group stages largely thanks to poor teamwork. And Mesut Özil.

It’s a lesson that’s best taught by sport. This summer, there has been a raft of stories emphasising team spirit. Take, for example, the disastrous showing by Germany at the World Cup. As individuals, the team are brilliant. But when it came to effort on the pitch, the lack of unity was clear for all to see. Germany, the much-favoured world champions, crashed out of the tournament in the group stages. Compare this fate with that of Croatia. Nikola Kalinic was set to be the country’s star striker at the tournament. Instead, piqued he’d been left on the subs bench for the first match, he refused to come on the pitch as a substitute and was sent home. Free from the malign influence of a rotten apple, Croatia’s diminished squad went on to reach the final.

While sports may seem a long way from science, there’s one profound example that, as I write this leader, is stuck in my mind. On 16 July, the world marked the 73rd anniversary of the Trinity test – the world’s first atomic detonation. The names of the individuals involved are a veritable Who’s Who of modern physics and chemistry, but it’s worth remembering that the scientific leader, Robert Oppenheimer, was a surprise appointment. He had no track record of managing large projects and his achievements weren’t considered as great as the luminaries that surrounded him. But Oppenheimer was the perfect appointment: someone who could bring an interdisciplinary group together and keep it together. He had superstars, but he was able to get them to work on arguably the most decisive scientific project in history.

Talent and skill is all very well. But when it comes to success in sport, science or any other endeavour, it’s more important you can work together.