Starting out in academia

Serena Corr is a chemist in love with her work. Focusing on synthesising, characterising and applying nanomaterials, she has recently joined the University of Glasgow, becoming one of their youngest chemistry lecturers.

Being the youngest is a familiar experience for Corr. When she began her degree at Trinity College Dublin, Ireland, she had just turned 17 and was unsure in which direction to head. ‘When I began I knew that I really enjoyed science but I wasn’t sure which area I wanted to go into so I took maths, chemistry and biology and fell in love with chemistry,’ she says. 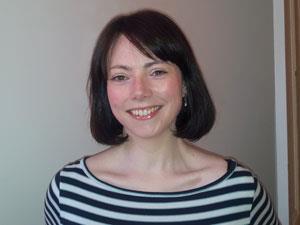 As her studies progressed, Corr’s love for the subject deepened. Her PhD, also at Trinity, focused on nanomaterials for biomedical applications, and required collaboration with different research groups both inside and outside her department. At the same time, Corr worked as a teaching fellow, giving tutorials to students who were studying chemistry for the first time. She enjoyed the mix of research and teaching, and realised that a career in academia was for her.

Following two years as a postdoc at the University of California, US, Corr secured a position as a materials research lecturer back in the UK, at the University of Kent. Her first lectureship and the start of her own research group was naturally an exciting time. And a very busy one: her first year was spent writing up papers, setting up her lab and applying for research grants and beam time at facilities such as the UK’s Diamond and ISIS, before taking on her first PhD student in September 2010.

‘Starting up my group and running my group was one of the things I was most excited about,’ says Corr, ‘going from a situation when I was a postdoc and in the lab constantly, to taking on a supervisory role.’ Now, Corr’s first student is coming to the end of his PhD and she is proud of the progress he has made. ‘The first few months we were setting up equipment and reactions together,’ she recalls. ‘To see my student now – the development of the project and the results that have come out – has been really quite satisfying.’

Corr found her greatest challenge in becoming a lecturer was learning how to organise her time. ‘When you have your first lecturing position you have research commitments – you’re setting up your lab, you’re applying for grants, you’re supervising students and then you’ve also got teaching commitments so you’re trying to strike a balance between everything.’ Corr’s tip is prioritisation, she keeps two notebooks containing her short- and long-term goals, such as grants she would like to apply for and papers she is planning to submit.

Corr admits that grant writing is a particular challenge, but she has taken advice from those who know best. ‘I’ve tried to talk to as many people as possible and get advice from senior colleagues who have done these things before,’ she says. Corr started by applying for smaller grants – for travel and equipment – before moving onto larger proposals. She also recommends grant writing courses provided by universities.

Now on her second permanent academic role – she started at Glasgow in January – Corr advises anyone seeking a new job to go out and network. Corr met her postdoc supervisor while at a summer school and saw the Kent position advertised online on the RSC solid state group. She also sought help from her colleagues when applying for her first lectureship, taking advice on how best to present her CV and research proposal. ‘The advice that I’d had was to present myself clearly. So I spent a lot of time trying to perfect how I presented my CV and I tried to write a very clear cover letter.’

Of all the advice she has received and given, the counsel Corr keeps uppermost in her mind applies to chemists at any stage of their career: stay optimistic. ‘Working on some of the areas that I’m working on, with the students and the colleagues I have – I couldn’t imagine doing anything else. So when you have a day when the results haven’t gone the way you’d hoped you just have to remember – “I really do love this, it’s a great job”.’