Those who thrive across disciplines may want to take a closer look at Science and Technology Studies (STS), suggests Helen Carmichael

Those who thrive across disciplines may want to take a closer look at Science and Technology Studies (STS), suggests Helen Carmichael 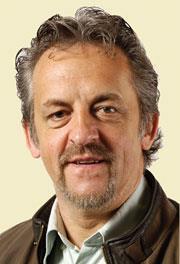 The University of Edinburgh’s Institute for the Study of Science, Technology and Innovation (ISSTI) recently launched a new MSc in science & technology policy & management. The MSc was created with a vocational slant. ’We envisaged it as being attractive to people interested in becoming technology policymakers and regulators, and in technology management,’ says Robin Williams, ISSTI director. This might include life scientists wanting to move into project management, as well as those moving into science journalism, science communication or public engagement.

The only way is up

’Numbers overall are going up and the programme’s modular structure allows us to sustain a range of options and pathways at a time when universities are trying to rationalise their postgrad options,’ Williams explains. ’People come to us with a variety of concerns and goals. They benefit from the disciplinary framework of their first degree - which provides a basis for their cross-disciplinary research training with us,’ he says. ’We recruit from many sources - scientists and social scientists alike.’

Other course options lead to the established MSc in STS and there is also a research PhD option.

Science and technology studies are by no means new. In 1921, University College London (UCL) established the first UK university department dedicated to the history and philosophy of science. In 1993, specialists in science communication and science policy joined its ranks, and in 1996 it was re-branded as the department of science and technology studies.

Andrew Webster (former director of the Economic and Social Research Council’s Innovative Health Technologies programme) founded the Science & Technology Studies Unit (SATSU) in 1988 at the institution now known as Anglia Ruskin University in Cambridge. Then, when Webster moved to the University of York, he took SATSU with him. The unit offers both Masters and PhD programmes. The University of Manchester, the Science Policy Research Unit at the University of Sussex, and the Open University also offer courses. 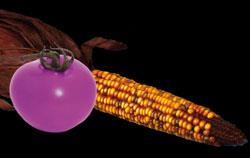 Growth in post-doctoral STS research is evident, especially in the life science area. Postgraduates have taken on jobs spanning disciplinary boundaries, such as working for learned institutions or research funding bodies. ’There is now a growing requirement for people able to conduct public engagement activities around science and technology and especially biomedicine - for which our graduates are well equipped,’ Williams explains. ’This group merges into what might be described as science communication.’

The UCL careers office lists STS alumnus destinations as diverse as technical sales, teaching, and becoming a journalist for the BBC’s Today  programme.

A significant portion of ISSTI graduates are from overseas. China and other rapidly modernising economies are well represented, due to a recognised need for industrial and technology policymakers.

Williams cites the European public rejection of genetically modified organisms as something of a turning point for STS as a discipline, followed by public concerns about stem cells and biomedical research.

Public funding for social science research into these issues include ISSTI’s flagship project: the ESRC Centre for Social and Economic Research on Innovation in Genomics (Innogen). These developments have set the scene for responses to new and emerging technologies. As a result, policymakers now recognise the need to address the social, economic, and ethical dimensions of science.

Research funders - especially the Engineering and Physical Sciences Research Council (EPSRC) - also aim to promote research that cuts across the boundary between natural and social sciences. ’STS has been in the vanguard both in helping to promote interdisciplinary work, and in doing interdisciplinary research,’ Williams says.

New centres of excellence, modelled on those run in the US by the National Science Foundation, are cropping up internationally. These form interdisciplinary hubs, which bring together technical and socio-economic researchers, as well as research communities and industrial and policy players.

In the UK, there is growing global demand for expertise in science and technology policy. People with hybrid skills - including, but not exclusively STS specialists - will find opportunities both at policymaking and implementation level.