The insider: More than 'dear diary'

There's every chance that blogging could improve your career prospects, reports Matt Brown, himself a keen blogger

There’s every chance that blogging could improve your career prospects, reports Matt Brown, himself a keen blogger

If you’re one of those people who dismiss blogs as the worthless mutterings of egotists, think again. Blogs have diversified far beyond their ’online diary’ roots - they now fulfil a number of important purposes, and especially so in the sciences. Bloggers often act as interpreters, translating key research developments into a language that a general audience might understand, while avoiding much of the spin and inaccuracy often seen in established media. Others use their blogs as open laboratory notebooks for dialogue with co-workers, or to assemble useful links to resources and articles. Campaigning bloggers, meanwhile, lead the fight against pseudoscience and act as another counterweight to sloppy reporting of research in the mainstream press. 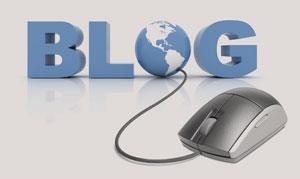 Nevertheless, scientists who blog often keep quiet about it, or blog anonymously. The activity still has the feel of a sub-culture and many researchers remain sceptical. Then there’s the issue of keeping results confidential. Nobody wants to see their lab’s hard-earned data leaked to rivals via a loose cannon with a keyboard. And in a world where career progression is almost wholly tied to research output and publication record, why would you bother?

’More than anything, blogging (or at least being a member of the so-called chemical blogosphere) has exposed me to new ideas and insights and helped to broaden my scientific interests,’ says Aaron Finke, one of two bloggers behind the Carbon Based Curiosities  blog. ’Does this give me a competitive advantage professionally? I’d like to think so.’ Carbon Based Curiosities  takes a light-hearted look at organic chemistry, with regular posts that attract 30-40 comments from readers.

Finke’s experience is common among bloggers. No one is going to turn around and offer you a tenured position because you keep a successful blog, but you can add some significant strings to your bow:

With all these benefits, you’d think that blogging would appear prominently on the CV of anyone who’s had some success with the medium. But some are reluctant. ’The old-guard academicians in chemistry are not quite ready to see people tout such things,’ says Finke. ’And since they hold the purse strings, I will refrain from doing so.’ Others are less concerned. ’I figured that there’s no sense in hiding it,’ says Derek Lowe, a columnist for Chemistry World  and a pharmaceutical opinion leader through his blog In the Pipeline  . ’It would probably do me good for a potential employer to read it. If they look it over and find themselves disagreeing all the time, we’re probably not going to be a good fit, anyway.’ In some cases, it really pays to flaunt your online credentials. ’It landed me a post-doc in an outstanding lab ... one of the best,’ says Kyle Finchsigmate, the brains behind the highly successful Chem Blog  . ’That’s not to say a strong publication record didn’t help, but the blog was the proverbial foot in the door.’

It would be wrong to assume that all science bloggers are thrusting young postdocs or PhD students. Professor Steven Curry is a crystallographer at Imperial College, London. He writes the Reciprocal Space  blog on the Nature Network platform, one of several sites that offer a collective space for scientific blogging. He considers blogging part of his public duty as a scientist, and has even mentioned it on grant applications. ’I feel I can list it as a bona fide public engagement activity,’ he says. ’Funding bodies like the BBSRC and Wellcome Trust can be receptive to such things.’ Like many bloggers, Curry found that unexpected opportunities soon came knocking. ’I’ve only been blogging for six months but already I’ve had one of my posts appear in a book, and been interviewed on a podcast,’ he says. But would he approve of postdocs or students in his lab keeping a blog? ’Yes, I’d adopt a flexible attitude towards anyone in my lab who wanted to blog. It would be fairly easy to monitor whether someone is abusing the privilege.’

Blogging remains a surprisingly niche activity among scientists and there’s still plenty of room for new voices and ideas. The best advice is to give it a go and not be put off by what potential employers might think. As long as you conduct yourself in an intelligent, reasoned way, a blog can only help your career prospects.