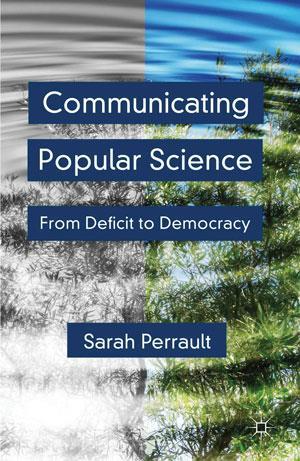 Should science writers play the role of science boosters or science critics? Like other academics working in the field of science communication studies, Sarah Perrault believes we need more critics.

Much popular science writing presents science as a privileged and unassailable body of facts, rather than a process that entails human judgement, provisional knowledge and the management of uncertainty. Such popularisations, Perrault argues, celebrate science but ultimately do it a disservice, leaving readers ill placed to judge science for themselves, to distinguish science from pseudo-science or to spot those occasions when scientific claims are used for political ends.

Perrault calls instead for an approach to science communication that draws on Peter Broks’ ‘Cusp’ notion (critical understanding of science in public). This is important, she says, because we have moved into an era of post-academic science, where science is often subordinated to corporate or political interests. Science ‘boosterism’ risks disenchantment setting in when such influences become apparent, while a critical approach would enable readers to judge the validity of claims for themselves.

Perrault herself has a background in the study of rhetoric and much of the book is taken up with how boosterism and criticism deal differently with essential rhetorical tasks such as establishing the writer’s credibility or engaging with the reader. Unusually, Perrault draws attention to exemplar texts that show how successful science writing can take a more critical approach.

However, the book has its weaknesses. Perrault’s case studies are drawn from annual compendia of the best of American science writing and from a guide for aspiring science writers, and she uses both to show how writers themselves conceive of their task. Strangely for a rhetorician, she says little about the very different audiences and aims of these texts. Where the former frequently feature scientist-popularisers addressing a general readership, the latter is largely written by professional journalists with the aim of inducting others into the norms of journalism. Inevitably, this means the messages these texts convey differ, and Perrault does not do enough to distinguish between them.