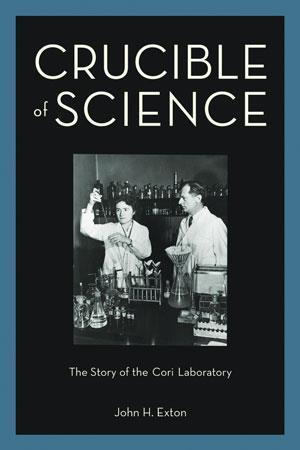 Their laboratory made an outstanding contribution to the development of biochemistry. The Coris won the Nobel prize in physiology or medicine (1947), and six other colleagues were also honoured with Nobel prizes. The Coris’ work addressed the question of glucose regulation in the blood, including the influence of hormones such as insulin. They studied the breakdown of glycogen and the uptake of glucose by muscles, elucidating the complete picture of carbohydrate metabolism in humans.

The Coris were both born in Prague in 1896 and met while at medical school. After marrying they emigrated to the US in 1922. This was partly motivated by concerns at the early signs of anti-Semitism in Europe – Gerty was Jewish. They went first to a cancer research institute in Buffalo, then to Washington. However, Gerty was given a very junior role there, and it was many years before she was awarded an academic position consistent with her achievements.

Beginning their careers as physiologists, they quickly moved into biochemistry, as they abandoned whole animal research, and moved on to the use of tissues and tissue extracts. Gerty died in 1957 and Carl re-married, continuing his work in Washington until retirement in 1966. He then moved to Boston, and a laboratory at the Massachusetts General Hospital, where he worked until his death in 1984.

This book covers the careers of both Coris in considerable detail, as well as of many of the distinguished scientists who worked with them. It is a tribute to their pioneering spirit and a worthy contribution to the history of biochemistry.

Purchase Crucible of science from Amazon.co.uk