Mathematical modeling in science and engineering 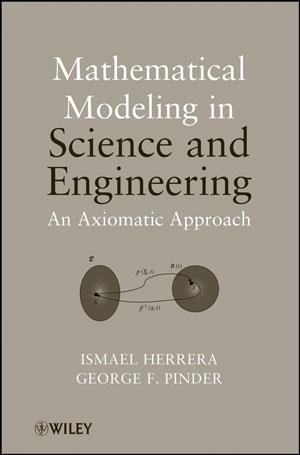 To many in the broader science community, mathematical models are arcane scribbles that bear little or no relation to physical reality. To some students of applied mathematics, the equations of mass transport and continuum mechanics are universally applicable constructs that come straight out of some divinely ordained textbook without any reference to the fact that they are derived from assumptions about the nature of the physical world. This book is intended as an introductory text to bridge the gap between scientists and mathematicians; providing scientists and engineers with a clear explanation of how mathematical models are developed from assumptions, and also to provide students of mathematics with a practical reference for the fundamentals of continuum mechanics and porous flow. Throughout, the book is motivated by practical problems from oil recovery and related areas, and the authors work hard to ensure that physically important phenomena like shocks are dealt with in more detail than in many similar texts.

Sadly, however, this book does not really succeed in what it sets out to do. While much of this book is good, there are enough cases of unconventional notation, poor explanations and errors of terminology that mean it could easily be misleading for a reader who is not already familiar with continuum mechanics. To give one major example, the definition of flux introduced at the beginning and used extensively throughout has the opposite sign to the definition of flux that I’ve encountered and used in all other situations. Similarly, the word ‘component’ is used at one point where ‘phase’ is meant, and the authors define ‘body force’ such that the unit of acceleration is very unusual. Since this book is intended as an introductory text, these departures from standard practice become a major failing.

On top of this, the blurry diagrams and occasional typos give this book an unfinished feel that make me wish the authors had spent a little more time on polishing it. All in all, the idea behind this book is very good, but it is let down by a lack of care and attention in its execution. The ideas of continuum modelling are important, especially in the oil-industry applications that form the focus of this book. Unfortunately, Mathematical modeling in science and engineering is neither a good textbook for teaching continuum mechanics to chemists, nor a good textbook for teaching fundamentals to applied mathematicians.

Purchase Mathematical modeling in science and engineering from Amazon.co.uk