The Earth as a cradle for life 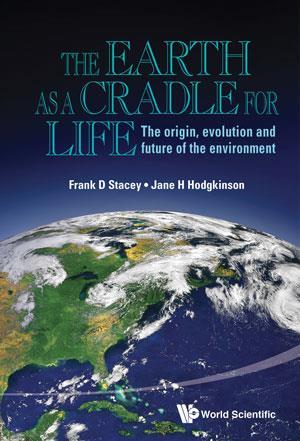 Deep in the mists of time, the Earth was a barren and inhospitable place. At some point, however, microbial life took hold, followed much later by the evolution of more complex life. Despite the significance of this course of events for our own existence, influences on biology through time remain poorly understood. It is clear that time itself is not enough, however: the nature of life on Earth is, and always has been, a function of environment.

This enjoyable book takes a long-term view of Earth’s development as a habitable planet, incorporating physical, chemical and biological processes on the early Earth, through to human perturbations of the modern world and their implications for life in the future.

The book’s narrative highlights the history of our developing understanding of the Earth system. The first four chapters cover the origin and physical development of the Earth, and form the basis for the next eight chapters, which discuss Earth’s evolution to its present state. The final chapters chart topical issues concerning the maintenance of life on Earth, including fossil fuels and alternative energy sources.

The authors present a personal take on this immense topic, and it is perhaps difficult to do full justice to the latest developments in all of the diverse subjects covered. For example, the concept of hydrogen escape (a prominent feature in the text) as a source of oxygen to the atmosphere has certainly received more recent attention than intimated in the text. There are other quibbles along these lines, but this is a good initiation to a broad and important topic nevertheless, accessible to readers with a general science education.

Purchase The Earth as a cradle for life from Amazon.co.uk