The feeding of nations: re-defining food security for the 21st century 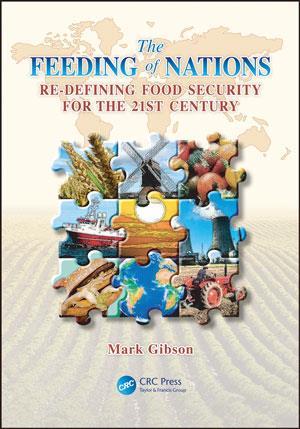 Since the crop price spike in 2008, global food security has moved from the almost subliminal to close to the top of the list of international issues, alongside global warming and the financial crisis. Much has been written since then on food security, though not all has been based on knowledge rather than dogma or folklore.

Gibson sets out to document the development of the international food system through the 20th century, the factors that have shaped it and the institutions that have been put in place to try to manage it.  That he has managed this so comprehensively and objectively is remarkable. I would wholeheartedly recommend this book as a reference source to anyone involved with, or interested in, food security. It is both succinct and well referenced.

However, surely the majority who read this book can only come away with the conclusion that the food system as described needs major surgery, in order that everyone of the projected 9 billion, not just the wealthy, can be fed in a way which preserves the environment so that subsequent generations can also be fed. Unfortunately, the author offers no conclusions on how this might be done, or even what attempts, if any, are being made to address the issues he describes so well. I can understand why he felt the former to be outside his remit, but an additional chapter summarising the initiatives underway in both the public and private sectors would, for me, have made this a more satisfying and useful book.

I therefore heartily recommend this book as a reference source, but encourage all readers to also read some of the action-oriented reports, such as the UK’s Foresight. The future of food and farming, the World Economic Forum’s A new vision for agriculture and reports from the Keystone Alliance for Sustainable Agriculture.