The theory of intermolecular forces 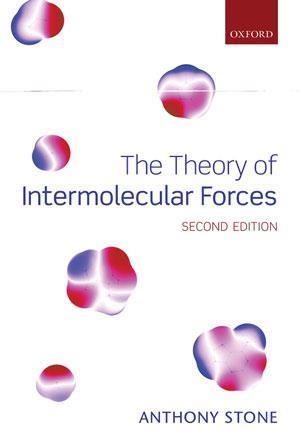 More than a quarter of a century after my student days, Anthony Stone’s lecture notes are the only ones to which I return on a regular basis, so on opening this book I was expecting a comprehensive treatise by the undoubted UK leader in the subject. Mostly, I was not disappointed.

Until recently, standard textbooks on intermolecular forces concentrated on experimental techniques and phenomenology, with relatively little theoretical background. This book is designed to be complementary; it takes theory as a starting point, and only touches briefly on experimental topics. Modelling intermolecular forces often seems as much art as science, and Stone carefully explains what is established fact and what is (often entrenched) assumption. The detailed discussion of the advantages and problems of treating intermolecular forces by a ‘distributed’ or atomic approach is a particularly valuable contribution to the literature.

The book will be an essential reference for anyone beyond graduate level with an interest in intermolecular forces. It includes a wide range of examples from chemistry, although there is surprisingly little mention of open-shell or relativistic systems, and in this fast-moving field one might hope that current developments in nanotechnology and potential surface fitting will be included in future editions.

The book has little pedagogical content: there are no exercises for the reader, and few worked examples, which makes some of the mathematical symbolism appear more formidable than it really is. More diagrams to illustrate topics such as potential energy surfaces and model potentials would also make the text more accessible.

Purchase The theory of intermolecular forces at Amazon.co.uk