To explain the world: the discovery of modern science 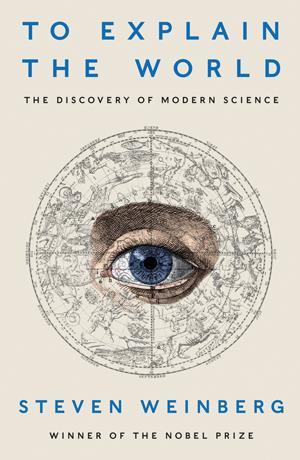 Most people wish they knew more, but have you ever wondered how you would interpret the world if you knew less? I certainly did after reading To explain the world. How weird must it have been to watch objects move across the sky but not understand how far away they were and where they went once they had left your sight? But, had I lived in ancient Greece, is that even where I would begin with my questions?

Nobel prize winner Steven Weinberg has drilled down into history to produce an irrefutably thorough and eventful tour of the major discoveries in science, from the celestial observations of the Greek philosphers to Issac Newton’s theory of gravity at ‘the climax of the scientific revolution’. Indeed, the text is dominated by accounts of physics and astronomy. Disappointingly, examples with any resemblance to chemistry or biology barely register in Weinberg’s narrative.

Weinberg’s objective is to understand how scientists learned to investigate and probe the unknown – to actually do what we now know as science. Rather than put himself in the shoes of his scientific ancestors, Weinberg, somewhat controversially, judges the past as if it happened yesterday. Yes, this can be harsh, but also serves as a reminder to not take healthy scepticism and a desire for wisdom for granted.

Weinberg has tried to separate out the densest material and it is there in the extensive technical notes if you’re interested. But the main text still suffers from being rather hard going in places, with the army of characters tough to stay on top of. And I didn’t understand what Newton’s apparent lack of intimacy with a woman had to do with anything.

With all that said, Weinberg’s perspective is thought-provoking and, if you’re a scientist that wants to understand your heritage, it might be worth making time for.

Purchase To explain the world from Amazon.co.uk