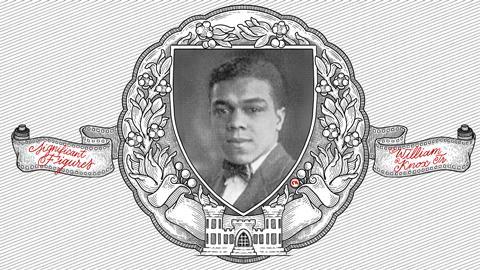 William Knox, the only Black supervisor in the Manhattan Project

The story of the Knox family is one of education overcoming adversity, finds Kit Chapman

The Manhattan Project was one of the largest and most expensive endeavours of the second world war. At its peak, around 130,000 people were working simultaneously on the US effort to create atomic weapons – roughly equivalent to the number of men who landed on the Normandy beaches on D-Day – with almost $2 billion (around £17 billion today) spent on the effort. Its staff included people from all walks of life, multiple races and nationalities. This included several Black scientists, such Lloyd Albert Quarterman, who would go on to help design the reactor for USS Nautilus, the first nuclear-powered submarine, and Carolyn Parker, who worked with polonium and beryllium to design the initiator for the ‘Fat Man’ plutonium bomb dropped on Nagasaki. Yet despite the Manhattan Project’s scale, there was only one Black supervisor: William Knox Jr.

Knox was born in 1904 in Massachusetts, US, the eldest of five children. His grandfather Elijah had been a slave in North Carolina, and Elijah’s sister, Harriet Jacobs, had written Incidents in the Life of a Slave Girl, now regarded as one of the most important first-hand accounts of the southern states before the US civil war. Knox’s father, a mail carrier, emphasised the power of education in gaining a better life, and made the young Knox study hard. The effort was rewarded: in 1921, he gained a place to study chemistry at Harvard University, one of only six Black students in his year.

Here, Knox faced immediate racial prejudice. He had been assigned a place in the university’s Standish halls, and had sent his bags ahead, but had to attend one subject – chemistry laboratory – in person before settling in. ‘This was the beginning of all the trouble,’ Raymond Pace Alexander wrote in Blacks at Harvard. ‘He was “spotted” at once, being brown in complexion … found to have been assigned to a room in the exclusive dormitories, and by an artful method was made to give it up.’ Knox received a telegram informing him his room assignment was an error, and he moved out expecting alternative accommodation. No second room assignment came.

Thanks to Knox’s efforts, discrimination on the grounds of race or religion was banned at Harvard in 1923

The incident sparked the Harvard dormitory crisis. The university’s president, Lawrence Lowell, had put a quota on Jewish students and barred Black students altogether. While Lowell accepted desegregated classrooms, he wrote that he ‘had not thought it possible to compel men of different races to reside together’, and had blocked Jewish students to reduce the incidents of anti-Semitism on campus. Knox had been one of three Black freshmen to apply for a place in halls, and the only one whose application had been accepted.

Knox decided to act. Along with recent graduate Edwin Bush Jourdain Jr., Knox met with the assistant dean before Jourdain took on Lowell alone. Working together, Jourdain and Knox began a pressure campaign, becoming a cause célèbre that attracted petitions and editorials. Thanks to Knox’s efforts, discrimination on the grounds of race or religion was banned at Harvard in 1923.

Overcoming the indignities he faced, Knox graduated and became a teacher, before in 1928 returning to Boston for a master’s degree at MIT in chemical engineering. After a brief time at Howard University in Washington DC, where he was tutored by renowned Black chemist Percy Julian and met his future wife, Edna, Knox returned to MIT to complete a PhD focused on the absorption of light by nitrogen tetroxide.

With limited opportunities for Black chemists, Knox became a lecturer at North Carolina A&T State University, then as head of chemistry at Talladega College in Alabama. By this point, his two brothers, Larry and Clinton, had also gained doctorates – meaning the Knox family made up 7% of all Black PhD holders in the US. Larry, in particular, chose to follow in his older brother’s footsteps. He studied for his bachelor’s degree at Bates College in Maine – an institution with a maximum quota of 3% for minority students – before studying chemistry at Stanford University and completing his PhD in organic chemistry at Harvard. Clinton was not a chemist; he would later join the state department and become US ambassador to Haiti – finding fame in 1973 when he was held hostage for 20 hours by revolutionaries – and later as secretary to the US mission to Nato.

Knox’s greatest achievement was still to come. In 1942, eager to serve his country, Knox got in touch with future Nobel laureate Willard Libby, offering to help his war work at Columbia University in New York City. In 1943, he joined the Manhattan Project, working on how to use uranium hexafluoride (UF6), a highly corrosive gas, to separate isotopes and obtain the U-235 isotope necessary for a nuclear weapon. ‘U-235 helps nuclear reactions go forward, U-238 makes many nuclear reactions stop,’ explains Jason Donev, a nuclear expert at the University of Calgary in Canada. ‘Uranium naturally has around 99.2% U-238 and 0.72% U-235, but power plants need 3–5% U-235. Nuclear bombs need to be 85% U-235. Knox’s division made this possible.’

Knox excelled. For the first time in his life, he later recalled, he had become a welcome part of the whole scientific community. When the corrosion division’s supervisor left the project, Libby appointed Knox to the role, making him head of an otherwise all-white department. Declassified documents signed by Knox tell of the complicated chemistry of his work, including extensive research into extracting lanthanum fluoride (LaF3). In 1944, he was joined at Columbia by his brother Larry, who had been working at the Division of War Research studying the anti-malarial quinine, and whose research was applicable to the potential impact of radiation following an atomic bomb.

Knox set up a range of scholarships for minority students

After the war, Knox wasn’t ready to go back to teaching. Instead, with Libby’s help, he secured a job as a chemist for Kodak in Rochester, US – the second Black chemist in the company’s history. Here, his research focused on surfactants to improve the bonding of film emulsions, creating clearer photographic images. Over the next 25 years, he was awarded 21 patents and became renowned as a coatings expert, helping usher in a golden age in photographic film. But despite his success, discrimination still hounded him. Now with a young daughter, he was only offered an abandoned brothel as a home by estate agents. Eventually, one of Knox’s co-workers had to buy a house then sell it on to the Knox family directly.

It was the final straw. Knox later wrote of his ‘unwillingness to continue to subject myself and my family to the indignities associated with living in the South’ and dedicated himself to civil rights, co-founding the Urban League of Rochester, which continues to advocate for Black, Latinx and the poor today. He also became an active member of the National Association for the Advancement of Colored People (NAACP), an organisation who had helped him during the Harvard dormitory crisis. Refusing to see the next generation of Black students struggle as he did, he set up a range of scholarships for minority students; in 1964, he resigned from Rochester’s housing authority after they refused to increase the number of public housing units in predominantly white, middle-class neighbourhoods. After he retired from Kodak, he returned to North Carolina A&T for three years, once again helping young Black students excel in chemistry at a time when their voices were often overlooked.

His brother Larry also took jobs in industry, becoming director at the Hickrill Chemical Research Foundation in Katonah, New York. Here, supported by his Manhattan project colleague William Doering, he provided experimental evidence to support German physical chemist Erich Hückel’s theory of how molecular orbitals behave in benzene and other conjugated systems. His work would help popularise a cornerstone principle of organic chemistry. He then moved into steroid chemistry, co-authoring 10 papers and being awarded 40 patents.

William Knox died of prostate cancer in 1995, aged 91. He was a gifted chemist who found a way to break the colour barrier through science. And yet his story, and that of his brothers, is not simply a celebration of triumph over adversity; it is an important reminder of the value of education, and how we all have a duty to make sure future generations do not experience the struggles of the past.

Kit Chapman is a science journalist and lecturer at Falmouth University, UK