A change in focus

David Brennan, chief executive officer of pharmaceutical giant AstraZeneca, is taking the company on a new course towards biologic drugs.

David Brennan, chief executive officer of pharmaceutical giant AstraZeneca, is taking the company on a new course towards biologic drugs. 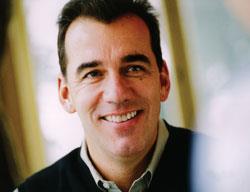 David Brennan finds his job as CEO demanding but rewarding

For the chief executive officer (CEO) of a major pharmaceutical company, which generated sales of almost $24 billion (?12.6 billion) last year, AstraZeneca’s David Brennan has a surprisingly modest office. I was expecting something occupying the whole floor of AstraZeneca’s corporate head office in London, similar in size to the cavernous office possessed by Montgomery Burns in The Simpsons. But, instead, I’m ushered into a standard-sized corner office with just enough space for a desk and a small, round meeting table.

Maybe Brennan doesn’t go in for grandiose working environments or ostentatious displays of standing. Or maybe it’s just that he doesn’t want to get too comfortable in his new role as CEO, which he officially took over at the beginning of 2006, following the retirement of Sir Tom McKillop.

Being the head of a major pharmaceutical company is an increasingly risky and precarious position, with a number of bosses, including Pfizer’s Henry McKinnell and Bristol-Myers Squibb’s Peter Dolan, having lost their jobs in the past few months. The potential precariousness of his new role is not lost on Brennan.

’When I first got appointed in the US into the CEO role, I was running through the office and my CFO [chief financial officer] said to me ’’How long are you going to be here,’’ meaning I need to see you sometime today. I stopped, looked into his office and said "The betting money says I won’t last until Christmas". Who knows how long I’m going to be here.’

But Brennan knows that the length of his tenure will depend primarily on his success at meeting the challenges the company faces over the next few years. These include developing the next generation of blockbuster drugs, defending AstraZeneca’s existing drug patents from an increasingly aggressive generic pharmaceutical industry, and taking advantage of the rapid market growth in certain developing countries.

’When you see the kind of turnover that we’ve seen in the industry leadership in the last few weeks and in the last year or so, I think it just points out the expectation the financial community, shareholders and employees have of leadership,’ he says.

Brennan’s current role is the culmination of over 30 years spent in the pharmaceutical industry. He joined Merck in the US in 1975 straight out of university, after being advised to consider the pharmaceutical industry by his older brother, who is a medicinal chemist. After spending 10 years in a variety of sales and marketing positions in the US, he joined Merck’s international division and ended up as the general manager of Chibret International, a French subsidiary of Merck specialising in ophthalmology.

In the early 1990s, he was asked to join a new US joint venture that Merck was setting up with Sweden’s Astra. ’Merck had the obligation to put some executives in it and Astra had the obligation to provide products,’ explains Brennan. By 1998, AstraMerck, as it was called, had around 2500 employees and was generating sales of over $4 billion a year. 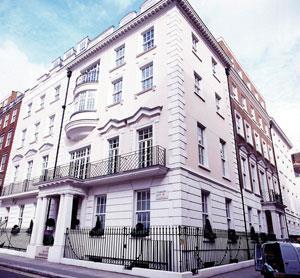 David Brennan is based at AstraZeneca’s headquarters in London, UK

In 1999, Astra merged its worldwide operations, including AstraMerck, with the British pharmaceutical company Zeneca to form AstraZeneca, and Brennan came as well. In 2001, he was appointed as head of AstraZeneca’s North American business, a position that he held until becoming AstraZeneca’s CEO.

Brennan believes that his career’s unique mix of management positions within a large pharmaceutical company and entrepreneurial experience of setting up a new business should stand him in good stead in his current role. Nevertheless, he has found that it’s still a big step up from any of his previous positions. ’There are a lot of similarities in having been the head of the North American business and being the head of the global business, but the expectations are very different,’ he says. ’It’s a lot more responsibility.’

At the moment Brennan is enjoying his new role, which he describes as ’demanding and rewarding’. It also seems to be pretty hectic, comprising a whirlwind of meetings, official openings and transatlantic flights.

In the week before our interview, Brennan had opened two new laboratories in the UK - an oncology chemistry building at AstraZeneca’s research facility in Alderley Park, Macclesfield, and a biology building at its Charnwood research facility in Loughborough - as part of which he had also met employees, attended business meetings and evening dinners, and been interviewed by the local press. The following day, he spent a couple of hours in the London office, before flying off to Washington DC, US, for a dinner meeting and then attending a roundtable discussion sponsored by the US Institute of Medicine on evidence-based medicine in clinical practice. 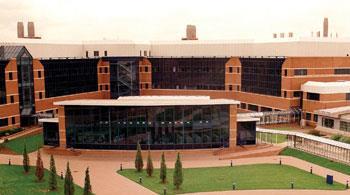 With these kinds of full and varied working weeks, keeping on top of everything is a challenge in itself. ’It’s easy to get side-tracked if you’re not diligent about the agenda and making sure you know what’s really important and then programming it on to your calendar,’ admits Brennan. ’You run out of time at the end of the day.’

For as well as being the external face of AstraZeneca, Brennan also needs to provide the necessary leadership. ’There’s a tremendous amount of demand internally to both be present in the organisation and to figure out what are the things in the organisation that need to be changed and how do you go about doing that.’

He has already highlighted the company’s discovery and development operations as one area that needs to be changed. ’Our future success will be based on our ability to improve productivity in our research and development organisation, and that includes early-stage discovery right on through to late-stage development,’ he says. ’I mean we have to improve all of that, because the life blood of a pharmaceutical company is the pipeline.’

Brennan is implementing changes to push up the number of external research agreements that AstraZeneca sets up with small biotechnology companies and increase its emphasis on biologic therapies, which stimulate the body’s natural defence systems. 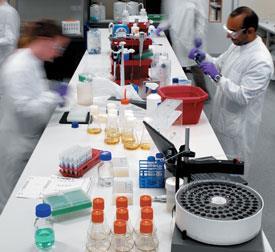 These changes were reflected in its announcement back in May that it was acquiring the UK biotechnology company Cambridge Antibody Technology (CAT) for over ?700 million. Since 2004, it had been collaborating with CAT on the development of novel treatments based on human monoclonal antibodies.

But this is just the first step. ’[I want] to really put the platform in place for us to build future technologies that just go beyond monoclonal antibodies, to protein fragments and to some of the new potential technologies that can emerge in the next several years.’ And this means obtaining many of these technologies from small biotechnology companies. ’We’ve entered into several [research agreements] already this year and quite frankly we will continue to look very aggressively for more opportunities.’

This doesn’t mean, however, that AstraZeneca will be reducing its in-house research activities, which, according to Brennan, will continue to develop the majority of AstraZeneca’s new products. ’We have the capacity to spend more money in research and development than we have been spending. That gives us some flexibility in how we allocate [this spend].’

It also doesn’t mean that AstraZeneca is turning its back on small-molecule drugs; it is also looking to establish research agreements in this area. It’s just that the company wants to use both chemistry and biology to fight disease. ’When we have a target and see something that we want to try to develop a compound for, it gives us two different ways to get an answer, rather than just having one,’ says Brennan.

Nevertheless, AstraZeneca plans to make biologic drugs an increasingly important part of its portfolio. By 2010, Brennan hopes that 20-25 per cent of its candidate drugs will be derived from its biologics platform. ’If we get somewhere between 25 and 30 [candidate drugs] a year on average that suggests seven to nine biologics a year potentially going into early stage development,’ he says.

In addition to small biotechnology companies, AstraZeneca is also starting to collaborate with its fellow pharmaceutical majors. In September 2006, it entered into an alliance with the German pharmaceutical company Schering to develop jointly a treatment for breast cancer. According to Brennan, AstraZeneca is willing to collaborate with any companies, large or small, working in any areas where it has an interest and expertise.

He hopes that these developments will help AstraZeneca to meet the most important challenge facing the pharmaceutical industry: ’to bring forward medicines that are differentiated and that matter to payers and patients’. In particular, AstraZeneca is looking for the next generation of drugs that will replace its current blockbuster products, which include its anti-stomach ulcer drug Nexium and its anti-psychotic drug Seroquel.

But Brennan is confident about AstraZeneca’s prospects. ’There’s lots of unmet medical need and we’re very well positioned in a number of different therapeutic areas to have new products in leading roles in the future.’

If this proves to be the case and Brennan’s still around at Christmas, perhaps he’ll succumb and treat himself to a big new office.

Jon Evans is a science writer based in Chichester, UK