A man for change

Gordon Conway’s challenge is to boost the role of science in development work. Conway joined the UK’s Department for International Development (DfID) as its first chief scientific adviser just over a year ago, amid criticism from the House of Commons science and technology committee that DfID downplayed the role of science and technology and didn’t have enough scientists on its staff.

’I think the committee was 50, 60, 70 per cent right,’ says Conway. ’DfID does focus very much on economic policies and on issues of governance and so on, all of which are important, but it hasn’t, I think, paid enough attention to science and technology.’ 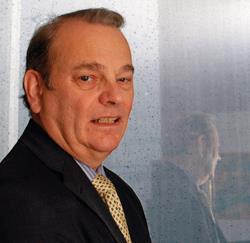 Conway’s task is to change the culture at the department and boost the involvement of science and technology. He has an impressive CV for the post. He joined DfID from the Rockefeller Foundation, a philanthropic organisation in the US, where he was president for seven years. Earlier in his career he was the Ford Foundation’s representative for India, Nepal and Sri Lanka. He is a world renowned agricultural ecologist who has worked and lived in numerous countries, including India, Malaysia and Thailand.

He was awarded a knighthood last year, largely, he says, for his work at Rockefeller. He is particularly pleased because the knight commander of the order of St Michael and St George is awarded to people who work in world affairs. ’I’m the only practising scientist to have got one of those. So that was rather nice, a recognition that people like me have a role to play in world affairs.’

The opportunity to improve the lives of millions of people attracted Conway to DfID. ’At Rockefeller and the Ford Foundation the emphasis is on funding research and on demonstrating how you can solve problems, particularly in the developing world. The attraction of working for DfID is that you are using money and knowledge to put this kind of thing into practice and affect the lives of million of people,’ he explains.

He looks relaxed and sips camomile tea while explaining how supportive and enthusiastic the senior management at DfID has been since he started. He is one year into a three year term. ’My main objective,’ he says, ’is that when I leave eventually that DfID will be extremely enthusiastic about having a replacement. In other words, I will have demonstrated the value of having a chief scientist’.

He thinks he’s made good progress. The weak scientific culture for which DfID was criticised is changing, he says. ’It’s relatively slow but it is changing.’ The department’s science and technology strategy, which should be ready early this year, will help, he hopes. ’It will lay out very clearly what we are already doing and what we are going to be doing in the future.’

Conway can’t divulge what the strategy will contain but says it will cover science and technology in relation to the Millennium development goals and big threats such as avian flu and climate change. ’It will also be about how government and DfID become more intelligent users of science and technology.’

There are quite a lot of scientists at DfID, says Conway, but they are administering large projects and have little time to put their scientific expertise to work. Twenty per cent of Conway’s own time is for thinking. And, up to a point, he finds he is able to keep to that. ’I don’t have staff to administer and I don’t have a large budget to administer, that means I can spend time going to meetings and talking to experts and producing useful briefing notes. I think in DfID we need a few more senior science and technology people who have got some time to focus on some of the substantive science and technology issues.’

Conway has spent much of his first year travelling to DfID’s country offices, visiting South Africa, Uganda, Ethiopia, Vietnam, India, Bangladesh and Thailand. He has been able to set up several programmes. For instance, in Bangladesh he has been focusing on a programme to help people adapt to climate change.

He sees avian flu as a major challenge. ’How do you use your influence to improve the way the World Health Organization (WHO) and Food and Agriculture Organization of the United Nations (FAO) deal with crises of this kind?’ he questions. He has been writing briefing notes about the progress of the epidemic and the likelihood of a pandemic. ’The likely place that it will occur will be Vietnam, Laos, Cambodia, Thailand or Indonesia.’ He has been advising on the kind of measures that need to be taken in those countries to deal with a human to human outbreak. This has involved working with the WHO and FAO.

Working with other agencies is becoming increasingly common. DfID is trying to get away from the idea that each aid agency has lots of projects. ’Sometimes a country has thousands of projects by different aid agencies. The government ministers spend all their time trying to cope with all these projects, rather than having their own set of priorities and own clear vision of how to make things work on a long term and sustainable basis.’ Instead, DfID is increasingly providing mostly budget support with a degree of technical expertise. ’I think that’s the right approach,’ says Conway.

Conway is also excited by the New Partnership for Africa’s Development’s (NEPAD) proposal to create 14 centres of excellence for science and technology in Africa. ’We’ve been helping them [NEPAD] with some of the design and I’m expecting that we will be funding the work as it goes forward.’ There are also plans to support higher education in Africa, which he sees as much more challenging. ’There are hundreds of universities in Africa. The question is how do you target money to have the best impact on capacity building in Africa.’

Travel is a major part of Conway’s role. It makes it difficult to keep the job to four days a week, and Conway admits that it creeps into four and a half days. However, he believes his one day a week professorship at Imperial College London is good for DfID. ’It means I keep an academic linkage and particularly at Imperial College where there’s a great deal of work going on in science and technology related to development.’

At Imperial, he is helping establish the new centre of environmental policy. Thirty years ago he set up Imperial’s centre for environmental technology which is now the core of the Huxley school of environment, the largest of its kind in Europe. The new policy centre, which opened in August last year, focuses on energy, development and pollution policy. It has a staff of 20, most of whom are social scientists, whose role is to add value to what the scientists are doing. ’It’s the reverse of what’s happening at DfID,’ he says.

Conway has another two years on his contract at DfID but he has no plans that far ahead. ’We’ll see what happens. it’s too far away,’ he says. If he does leave he’ll have plenty to keep him occupied. He is keen to finish the books he’s writing: an updated version of The Doubly green revolution: food for all in the 21st century, a book on the ecology of Roman agriculture, and a history of world agriculture from an ecological perspective. ’I’ve been writing them for the last 10 years. If I’ve got some time I might actually get them written.’

But it doesn’t look as if he’ll get much time in the near future. By the time he does leave DfID he’d like to see governments in developing countries paying more attention to the role that science and technology can play in tackling problems such as hunger, disease and climate change. ’I think that’s crucial. It would be a big achievement. but it will take time.’