Plant-based chemical building blocks are being used more and more to replace fossil fuel-based chemicals. It is hoped that these sustainable alternatives will reduce dependence on fossil feedstocks for chemicals, materials and fuel, and reduce greenhouse gas emissions throughout production chains. ‘The chemical industry has always used plant-based raw materials such as vegetable oil and starch, but bio-based chemicals take renewable resources to a whole new level,’ says Marcel Lubben, president of Reverdia.

Reverdia is a leading producer of the bio-based alternative to succinic acid , a building block for polymers, resins and solvents. Reverdia is a joint venture between DSM, a global life sciences and materials company based in the Netherlands, and Roquette, a global starch and starch-derivative company based in France. It has been producing Biosuccinium commercially since 2012 at its plant in Cassano, Italy, which has a capacity of 10,000 tonnes a year. 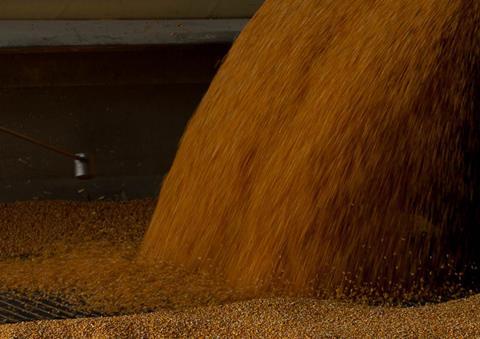 Biosuccinium is 100% bio based and uses renewable starch

Interest in bio-succinic acid and the development of the bio-based chemicals market in general was stimulated by the 2004 Department of Energy report Top value added chemicals from biomass. Succinic acid was identified as one of the top building blocks by the DoE and since then it has become one of the most advanced materials in terms of commercial development, says Lubben.

Reverdia’s low-pH yeast process to produce Biosuccinium has advantages over bacteria-mediated conversion technologies used by other companies. They convert feedstock, such as starch, directly to succinic acid, without the extra chemical processing, additional equipment and extra energy needed to convert intermediate salts into succinic acid. Their method is also less vulnerable to infection. As a result, production equipment requires less cleaning and handling, which improves the consistency and quality of the bio-succinic acid.

‘We are working to develop the applications customers and big brands are looking for, from non-toxic paint to shoe soles,’ says Lubben. ‘We see a great deal of interest and activity from brand-owners to introduce more sustainable alternatives, creating market pull and enabling the switch to bio-based products.’

Reverdia has partnerships with companies that produce polybutylene succinate, polyurethanes, plasticisers, and coatings and resins. In September 2012, Proviron (Belgium) launched Provichem 2511 Eco, a dimethyl-succinate that can be used as a solvent and a raw material for fine chemicals such as pigments and UV stabilisers. In August 2015, Reverdia joined the consortium ADMIT BioSuccInnovate, an innovative initiative with Aberystwyth University in Wales and other European partners. The consortium will explore bio-based, biodegradable plastic packaging for consumer markets in association with UK supermarket Waitrose. In October 2015, Covestro, formerly Bayer MaterialScience, launched Desmopan-brand bio-based thermoplastic polyurethanes containing Biosuccinium. Desmopan is used in a wide variety of applications, including footwear. In April 2016, paint producer Mäder announced the launch of 98% bio-based anti-polluting paints containing Biosuccinium.

How does the cost of bio-succinic acid compare with the cost of petro-based succinic acid? It depends on a number of factors including scale, feedstock price, oil price and currency fluctuations, says Lubben. ‘Biosuccinium is not aiming to be a cheaper version of oil-based di-acids but a greener and performance-enhanced alternative,’ he says. ‘It has a much improved carbon footprint and, in some applications, improved performance compared to traditional petro-based materials.’

Another compound identified in the DoE’s 2004 report is levulinic acid. Its applications are wide, ranging from flavours and fragrances to fuel additives and agrochemicals. Bio-based levulinic acid is not a drop-in replacement, though, it is a chemical building block giving new and additional functionality and performance. Its derivatives can be used in applications such as biodegradable plasticisers for flexible PVC, epoxy resins based on diphenolic acid, highly concentrated bio-based detergents, safer green solvents with high solvent power in coatings and cleaner-burning fuels.

GFBiochemicals, the largest levulinic acid producer in the world, was founded in 2008 to develop production of levulinic acid to replace petroleum-based products. One of its co-founders was the French footballer Mathieu Flamini, after he moved from Arsenal to AC Milan in 2008. It demonstrated its new technology at a plant in Caserta, Italy, supported by the University of Pisa and the Polytechnic University of Milan. Industrial production began in 2015 and the plant is expected to produce 10,000 tonnes per year by 2017.

The market for levulinic acid is worth more than $30 billion, but its potential is limited to high-end market only, because of its price. The first and traditional fossil-based route to levulinic acid consists of five steps, making levulinic acid too expensive in every market, van Berkel points out. The second is a bio-based process based on three production steps and a single feedstock. This option is costly too. The third alternative is GFBiochemicals’ direct from biomass one-step process. ‘This will allow us to cut costs and produce levulinic acid on a large commercial scale in the future,’ says van Berkel. ‘At lower price ranges, we can open new applications in new market segments.’

In February 2016, GFBiochemicals acquired green chemistry company Segetis’ assets and intellectual property, including the technology for their Javelin brand of levulinic ketals. Since 2007, Segetis has been developing a market for levulinic acid derivatives, in particular levulinic ketals – for personal care, cleaners, degreasers, agrochemicals, paint-strippers and non-phthalate bio-based plasticisers. GFBiochemicals plans to integrate their bio-based levulinic acid into the value chain, while continuing to develop the markets of levulinic ketals for their use in bio-solvents, bio-plasticisers and bio-polyols. Van Berkel expects that the markets will not just be limited to the US, but will grow in Europe, the Far East and South America. GFBiochemicals’ plan to build a world-scale facility, increasing their output to 50,000 tonnes per year by 2019, will support this growth.

Global Bioenergies, formed in 2008, is one of the few companies worldwide, and the only one in Europe, that is developing a process to convert renewable resources, such as sugar, crops, agricultural and forestry waste, into hydrocarbons through fermentation. Their main focus is isobutene production. They have a pilot plant up and running in Pomacle-Bazancourt, France, (with a capacity of 10 tonnes per year) and are about to finish constructing a demo 100-tonne plant in Germany, which is due to begin operating towards the end of 2016. They are also planning their first full-scale plant, named IBN-One, in France, which was set up as a joint venture with sugar suppliers Cristal Union Group and is planned to produce up to 50,000 tonnes per year.

Isobutene is a petrochemical building block that can be applied in fuels, plastics, organic glass, elastomers, cosmetics and lubricants. It is traditionally produced during the fractionation process of refinery gases and by catalytically cracking methyl-tert -butyl ether. Globally, over 10 million tonnes of it are produced each year and it represents a market worth more than $20 billion.

Global Bioenergies produces isobutene from sugars using microorganisms, such as the bacterium Escherichia coli. The challenge in producing it this way was that a metabolic pathway to produce isobutene does not exist in nature, so they had to modify the bacterium’s genes. In doing so, they created new artificial metabolic pathways (a series of enzymatic reactions). ‘The first such pathway we created consists of first converting acetylcoenzyme A into acetone through an enzyme cloned in E. coli from another microorganism. From acetone, we can then go to isobutene through new reactions catalysed by enzymatic activities not observed in nature,’ explains Thomas Buhl, head of business development.

One reaction involved is the conversion of 3-hydroxyisovalerate to isobutene as an activity of mevalonate diphosphate decarboxylase. The advantage of a completely biological route is that purification is simpler. Gaseous isobutene can be extracted from the gas phase of the fermenter, containing essentially only carbon dioxide, oxygen, nitrogen and water vapour as impurities, rather than having to separate a liquid from a culture broth. And since the isobutene evaporates spontaneously, it won’t be toxic to the microorganisms.

A big market for isobutene is the automotive industry. As well as making up 98% of butyl rubber, which is used in the inner part of tyres, isobutene can also be used to produce isooctane, a fuel additive, as well as 100% biological ethyl tertiary butyl ether. Global Bioenergies has an agreement with German car manufacturer Audi regarding isooctane produced from their bio-based isobutene. The isooctane can be mixed with fossil-based gasoline without blending ratio restrictions. The first batch was produced in May 2015.

Since 2013, Global Bioenergies has had a three-year agreement with Arkema and the French National Center for Scientific Research to establish a new process for converting sugar into isobutene and then methacrylic acid, a key ingredient in acrylic paint. They have already sent their first batch of isobutene to Arkema.

As far as cost is concerned, once oil prices will have risen again above $100 per barrel, the isobutene process will be very cost-competitive, says Buhl. If it comes to fruition, Global Bioenergies’ isobutene process may be used in many plants that will radically transform the global industrial landscape, he says.

Epichlorohydrin (ECH) is mainly used to produce epoxy resins for coatings, composite materials and electronic components. Belgian chemical company Solvay recognised the need for a sustainable, bio-based ECH so they developed and commercialised Epicerol. Epicerol first became commercially available with the start-up of Solvay’s Advanced Biochemical plant in Map Ta Phut, Thailand, in 2012. The plant has a capacity of 100,000 tonnes per year, the largest of its kind in the world, and it still has a significantly higher capacity than the ECH industry average in Asia, says Pan-usa Kongmunwattana, Epicerol’s marketing manager.

In 2015, ABT became the first bio-based chemical operator in Asia to obtain Roundtable on Sustainable Biomaterials (RSB) certification. It covers the manufacture of bio-based ECH using Solvay’s technology and related operations in the supply chain. RSB’s certification has been recognised as the strongest and most trusted by a number of influential non-governmental organisations and United Nations agencies, says Kongmunwattana. 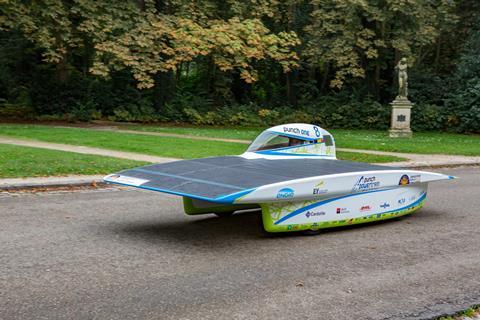 Epicerol based epoxy systems were developed by Cardolite and SHD Composites to increase bio-content of composites for the Punch Powertrain Solar Team entry in the 2015 World Solar Challenge.

Solvay produces Epicerol using 100% vegetable glycerol. Glycerol is an existing by-product of other processes, such as oleochemical or biodiesel production, which is used to create bio-based chemicals in a more sustainable way. Their process enables brine recycling, which drastically reduces liquid effluent and reduces the volume of chlorinated by-products by over 80% compared to conventional processes.

‘Solvay’s bio-based ECH is the most sustainable in terms of carbon emissions and the environmental performance of the process, demonstrated by life cycle analysis,’ says Kongmunwattana. ‘Incorporating 1 tonne of Epicerol can reduce a product’s carbon footprint by 2.56 tonnes carbon dioxide equivalent, compared to traditional ECH.’

As a drop-in, Epicerol can be used in all existing applications for traditional ECH without impacting quality or performance. Solvay supplies Epicerol to major epoxy resin producers worldwide. The epoxy resins are sold to paint and coatings producers, printed circuit board and electronics component raw material producers, and composite producers. AkzoNobel signed a partnership agreement with Solvay in 2013 to progressively increase the Epicerol amount used in their epoxy coatings.

In 2015, Epicerol-based epoxy resins were used in the composite matrix of a Belgian solar car. ‘This partnership between SHD Composite Materials, Cardolite, Solvay and the Punch Powertrain Solar Team created one of the most environmentally-friendly carbon-fibre vehicles ever to take to the road,’ says Kongmunwattana.

Sustainability is still high on the corporate agenda of large multinational companies and relevant end-consumer brands and is driven by the consumers and government, says van Berkel. ‘New bio-based products should stay on political agendas as a priority once there are economically sound sustainable alternatives at the volumes needed,’ he says. ‘However, being bio-based alone is not enough: additional functionality and performance are needed to convince corporates, institutions, politicians, and the business community in general and drive change.’

Elinor Hughes is a science writer based in Bridgend, UK