Over the next ten years the European Chemicals Agency will undertake a mammoth task - registering 30,000 chemicals ready for Reach. Brigitte Osterath reports

Over the next ten years the European Chemicals Agency will undertake a mammoth task - registering 30,000 chemicals ready for Reach. Brigitte Osterath reports

Between the harbour and the main rail station of Helsinki beats the heart of Reach. On 1 June 2007 the European law for registration, evaluation, authorisation and restriction of chemical substances (Reach) came into force. Simultaneously, the European Chemicals Agency (ECHA) took up work in the Finnish capital. 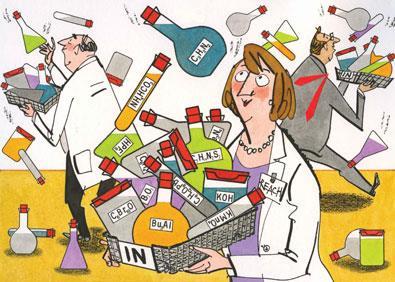 The newly founded chemical agency is busily setting up - making preparations for what will be a huge task. In its first year it must recruit and train personnel and develop Reach-specific software.

ECHA must have completed all preparations by the start of the six month pre-registration stage on 1 June 2008. During this period companies will inform the agency which substances they wish to register; 180,000 such pre-registrations are expected. But the real registration phase begins after that and will continue until 2018.

No ECHA, no Reach

40 European Commission (EC) officials are helping to put together the management for the autonomous agency - recruiting and training staff. G?nther Verheugen, vice president of the EC, highlights the importance of this preparation: ’The realisation of Reach is a challenge that lies mainly in the hands of the agency; in its organisation, in its IT systems, and in the support that it offers to companies. ECHA must bring the best technical competence to the table.’

According to Reach, around 30,000 chemical substances must be registered in the next ten years. The agency is leading the whole operation from Finland - receiving and processing registrations from all over Europe, whilst also keeping company representatives, the media, and the general public up to date with any news concerning Reach.

But ECHA is not just an administrative body, it is also a scientific and technical advisor in all questions about Reach and for all EU member states. The EC, for example, will only come to decisions about authorisations, restrictions, and the banning of specific chemicals after the agency has stated its own position.

The principal decision-makers of the agency are the management board, and ECHA is connected through the members of this board to other EU institutions. Alongside its chairperson, Jutta Malm, also director of the Finnish Environmental Centre, the 35 members of the board set the budget and dictate strategic direction for the agency. They also appoint the highest representative of ECHA: the executive director, who leads the agency, administrates, and manages the budget.

In June 2007 Geert Dancet took up this post on a temporary basis. The Belgian has already held several management positions within the EC and was substantially involved in both the founding of ECHA and the realisation of Reach. Since the beginning of 2008 Dancet has been the official executive director; his term of office runs for five years, but can be extended by the board for a further five.

’ECHA has a lot of work to do in the build-up months,’ says Dancet. One of the main tasks will be to install the web pages. ’Our homepage will not only be the face of the agency, but also its main method of communication with the outside world.’

These web pages will contact all of the information and software required by anyone involved with Reach. One specific piece of software, Navigator, answers questions posed by the companies about their obligations with regards to specific chemicals. By using a programme called IUCLID 5, companies can save data about chemicals and thereby prepare for their registration by the agency.

The technical heart of ECHA is Reach-IT, the information technology system with which the agency receives and saves registrations, requests, reports, and payments. Companies use it to complete their registration dossiers online and send them to the agency - a paperless administration process.

A 23-strong team is dedicated to the development of Reach-IT; the team comprises members of ECHA, the EC, and software developers from the Belgian firm E-Techemia. And there is no room for delay - the system must go online without fail at the start of the pre-registration phase in June 2008. 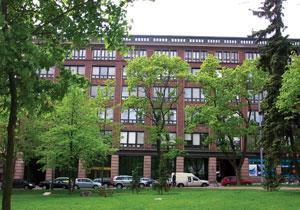 But this benefit is only available to those firms that pre-register, explains Juhani Sormunen, ECHA communications officer. ’Only pre-registration enables the companies to build so called substance information exchange forums (SIEFS), which let them exchange information on particular compounds.’

Where data about animal experiments with vertebrates are concerned, companies are obliged to exchange information, so ECHA can minimise the amount of animal experimentation that is necessary.

ECHA is also organising a network of advisory posts or helpdesks, which will be able to offer support to firms within their own country. There is one of these Reach helpdesks in every EU member state, and most have already started work. They are the first port of call for anyone needing help with REACH and they offer the advantage over the ECHA helpdesk that advisors there will speak the native language and will be familiar with the peculiarities of that specific country.

To ensure that all helpdesks can offer the same level of support to all companies across Europe, the agency is organising workshops at which the advisors from every national helpdesk can be informed and trained by the use of case studies.

All hands on deck

So where is the money coming from? ’The European Union will be providing the financial means for the agency for the first three years,’ says Verheugen. ’For as long until the revenue from industrial fees can completely finance the agency.’ In 2007, the year of the big build-up, ECHA’s budget was

66 million, and in the subsequent years it is expected to be around

90 million per year. The EC is still working on the pricing structure and the agency will announce the size of its fees by 1 June 2008.

A large part of ECHA’s work is already done: The website is readable in 22 languages, Navigator and IUCLID 5 are available and REACH-IT is also making good progress. ’We’re within the expected time-frame,’ confirms Sormunen, ’both for the organisation of the agency and for the recruitment of new employees. If everything continues to go well, we’ll be ready for action on 1 June.’

Brigitte Osterath is a chemist and a science writer based in D?ren, Germany
Translation by Carol Stanier