The Dalton Institute at the University of Manchester aims to be a world leader in nuclear research, and breathe life into an industry that very nearly collapsed.

The Dalton Institute at the University of Manchester aims to be a world leader in nuclear research, and breathe life into an industry that very nearly collapsed.

A decade ago, the UK’s nuclear skills had been virtually annihilated. The privatisation of national state-funded corporations including the Central Electricity Generating Board (CEGB) and the UK Atomic Energy Authority (UKAE) meant the country’s knowledge base was put on the market. And the market did not protect it - the country simply did not want nuclear power.

But the reality of missing European carbon emission targets, the shortfall of renewable energy generation and a scramble for energy security have put nuclear firmly back on the agenda. The Dalton Nuclear Institute, launched out of the University of Manchester in 2005, is a major part of the effort to rebuild the country’s skills base. 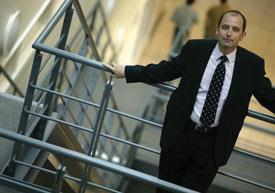 According to Richard Clegg, director of the institute, both the community and the government ’took their eye off the ball’. ’From the mid 1980s to 2000, our national investment in nuclear research dwindled from around ?50 billion annually to less than ?1 million,’ says Clegg (Chemistry World,  September 2005). And as investment dwindled, institutes closed until only British Nuclear Fuel (BNFL) remained. ’This was the default backstop - it contained our entire national skills base.’

’Two things set off the alarm bells in this country,’ says Clegg. ’BNFL finally woke up to the fact that, despite the money it was spending in the sector, skills were dying and universities were closing. So the company decided to be more tactical with its spending. It set up University Research Alliances (URAs) to build a sustainable skills base.

’But, at the same time, the government made the decision to privatise BNFL. In the end they disbanded and sold it. Suddenly it hit home that this was the last remnants of UK nuclear knowledge, and it was being sold off.’

During his two decades working for BNFL, Clegg devised and managed the URAs, two of which were based in Manchester. When UMIST and Victoria University of Manchester merged to become the University of Manchester in 2004, it brought together two of the departments allied with BNFL. ’The merge was seen as an opportunity,’ says Clegg. ’The university wanted to establish research areas within which it could be a world leader and there was so little nuclear research in the UK, that this was an area it could build on.’

The scope of Dalton’s research encompasses the UK’s increasingly urgent energy needs and its more international plans for the future. These include developing a strategy for deep geological disposal of waste and new reactor designs (see ’Designing a nuclear future’). Even though these designs may come from abroad, ’we still need the skills base to be able to receive and manage the technology,’ says Clegg. In an ongoing recruitment drive, Simon Pimblott, formerly of the University of Notre Dame, Indiana, US, was appointed in 2006 to head up radiation sciences and Bernard Kelly came from BNFL in May 2007 to lead decommissioning research. 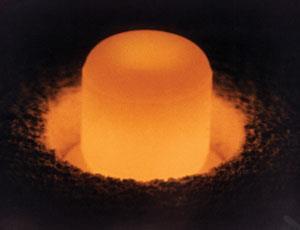 Source: © US DEPARTMENT OF ENERGY

Pimblott is truly animated about the contribution he feels he can make in the UK. ’I left my kids and my new granddaughter in the States so I didn’t take this move lightly and I wouldn’t be here if I didn’t think I could make a difference.’

He moved from a university department once associated with the Manhattan project, but thinks that nuclear research is finally shedding its menacing image. ’People now realise the fundamental part that nuclear power will play in future energy production,’ he says. ’It is a very hard sell. The nuclear industry had a habit in the past of trying to hide things from the population. But this country has now made a serious commitment to building a nuclear future - a peaceful nuclear future.’

Changing attitudes may be hastened by rising fears in other quarters. ’It’s scary when we see Russia switching the gas tap on and off at will and we’re on the end of that pipeline,’ says Clegg. On top of that, the UK’s Nuclear Decommissioning Authority is facing an estimated ?60 billion bill and needs a clear strategy for national clean-up.

Working to a deadline

Decommissioning is astronomically expensive, and the deadline for its completion is daunting. Kelly estimates that the worldwide bill is over ?300 billion and, as yet, there is no fixed plan in place for how that work will be carried out.

’Lots of industry people, like me, are approaching 60 and won’t be here when the next generation needs to carry out this work,’ says Kelly. ’If a power station manager handed me the keys and told me to decommission his station the minute it came off the grid, I could do it but I don’t really know how to describe exactly what I’m doing.’ 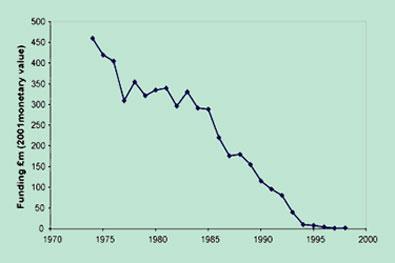 Coming from industry, Kelly is thrilled with the academic freedom he is now offered at Manchester and he hasn’t wasted it in his first few months on the job. Adorning his wall is a diagram which he says provides the answer to this generational quandary. It is a flow chart describing step-wise the whole decommissioning process. ’We’ll carry out these decommissioning projects in silico because the nuclear industry, when its being done for real, needs to get it right first time,’ he explains.

Dalton has also put in a joint bid with two UK engineering and service companies to run the National Nuclear Laboratory - which the UK government announced in 2006. The institute has also signed a deal with the Nuclear Decommissioning Authority to build a nuclear research centre in the North of England, on a site in Cumbria adjacent to the UK’s largest nuclear site, Sellafield.

Nuclear research in Manchester is already contributing to the next generation of fuel and reactor design. The university’s Materials Performance Centre (MPC), part of Dalton, is investigating the improvement of nuclear waste storage. For decades, uranium waste has been stored in steel containers filled with cement. Researchers at the MPC aim to improve existing grades of stainless steel with minor alloying additions of ruthenium or palladium to give a more corrosion resistant material.

As well as PhD studentships, the institute coordinates a unique national MSc course in nuclear research, NTEC (Nuclear Technology Education Consortium), enabling postgraduate students to step directly into industry placements. NTEC has 11 members - institutes and universities throughout the UK - including the University of Birmingham, which runs its own MSc in nuclear reactor physics. According to its organiser, Paul Norman, this is the only course of its kind that has survived since the dawn of the industry and enrolment figures seem to reflect the resurgence of the subject. ’Our course started in 1956 and this year we will have 36 full time students - almost twice the previous highest, which was 19 students, way back in 1957,’ says Norman.

It all comes down to UK demand. ’We need a varied portfolio of energy production,’ says Pimblott. ’I still believe firmly in renewables, but unless someone comes up with a way to generate power from rain, our current technologies just can’t make the grade in this country.

’Nuclear is a safe and efficient way to generate power, if it is managed correctly,’ he concludes. ’And I think through this new institute and the new facility we’re building, the UK can become the knowledge base throughout Europe, with a worldwide influence, for the safe and economic generation of nuclear power.’