Preparing for a sustainable future

Sustainable production is a global business and products must comply with legislation in several countries. Bea Perks looks at the different approaches in the UK, Japan, China and the US

Sustainable production is a global business and products must comply with legislation in several countries. Bea Perks looks at the different approaches in the UK, Japan, China and the US

Environmental concerns - from climate change to the drain on diminishing natural resources - are pushing industry worldwide towards sustainable production. But the response of different countries to the challenge is far from uniform, and recognising those differences is essential in an increasingly globalised economy.

Each stage in a product’s development, from raw materials and components to assembly, must conform to regulations governing sustainability wherever that product is sold. If a product sold in the UK incorporates elements from companies in China, Japan, and beyond - which is more likely than ever before - each company must comply with UK and European legislation covering sustainable production. And UK companies catering to overseas markets must conform with relevant overseas legislation. 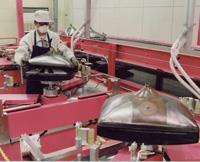 ’No longer is this an enclosed system,’ says Martin Charter, director of the Centre for Sustainable Design, Surrey, UK. ’We have to think much more globally about this.’

’But we’re at a standing start,’ says Charter. The Japanese started their work on sustainable, green, public procurement in 1996 when they set up a national Green Purchasing Network, which now has nearly 3000 members. ’We’re just talking about it,’ says Charter, ’they’ve set the networks up, they’re doing it.’

The Green Purchasing Network paved the way to implementation of relevant legislation and commitments to stimulate companies to produce the products. Once the network was in place, Japan passed a green purchasing law in 2001, which requires suppliers to government to provide products with much higher levels of environmental performance. ’That gave the incentive to companies to comply, and that’s very pertinent in the UK context,’ says Charter.

Charter has been leading fact-finding missions to East Asia, sponsored by the UK Department of Trade and Industry. A trip to the region this year follows on from one he led in 2002 looking at the state of the art in Japanese eco design. The DTI is particularly interested in how Japan is approaching recycling and national support for green products.

Japan is moving towards a recycling oriented society with the involvement of business, government and academia.

In 2002, Charter’s team visited the Matsushita eco technology centre (Metec) -Japan’s flagship recycling plant in Osaka. The centre is much more advanced than anything similar in the UK or anywhere else in the world, he says. There are over 40 more recycling centres in Japan, and Charter plans to find out what they’re all doing.

Such fact-finding missions throw much needed light on what other countries are up to. The 2002 trip came up with a few surprises.

’Hitachi, unbeknownst to any of us, claimed that 22 per cent of its overall global turnover was from what they termed greener products,’ recalls Charter. Hitachi and other leading Japanese companies have a split definition of greener products, one based on eco-design products - such as water-efficient washing machines - and the other on developing new technologies.

On the technology front, different companies have taken on different responsibilities. ’Hitachi seems to have the brief for the strategic development in Japan of wind turbines,’ says Charter. ’Toyota.for developing hybrid engines. Fujitsu.for recycled and natural material development.’

Division of responsibility is decided following discussion between key stakeholders, industry and Japan’s ministry of trade and industry (Meti).

’Compare and contrast against the UK,’ says Charter, ’we’ve got lots of individual product initiatives starting in government, but they’re very fragmented, there’s no clear vision. In Japan there’s a lot of discussion, they find consensus, then they go for it. In the UK it seems that they seek consensus, and then continue to seek consensus and go on and on.’

"The UK has lots of product initiatives starting in government, but they’re very fragmented"

Meti encouraged recycling across Japan by persuading people that if they didn’t recycle their products they were losing face. The ministry branded the philosophy ’a general order of shame’. It works well in Japan but is a classic example of a culturally dependent strategy that wouldn’t necessarily translate to the UK. ’People would put two fingers up!’ says Charter.

Meanwhile, China is mirroring the key legislation evolving in Europe to cover the electronics sector. ’They seem to be pretty well copying the RoHS directive, the virtual banning of lead, cadmium, hexavalent chromium and a couple of brominated flame retardants,’ says Charter.

But under this so-called Chinese RoHS, he adds, China is following Japan’s home appliance recycling law (Harl), rather than Europe’s WEEE directive. Harl and WEEE were drawn up to promote recycling of the usable parts and materials from used electrical appliances to reduce the amount of waste sent to landfill. Under Harl the user pays for the cost of disposal, says Charter, a major difference from WEEE where the producer pays.

A big problem faced by the Chinese government has been finding out what is being recycled in cities across the country. Without that information it is impossible to set recycling targets, viewed by many as essential in a country where recycling is often seen as a cost rather than an opportunity. Charter has heard of one major Chinese white goods company that has started recycling operations in the US because it can’t get good quality data and a grasp of the recycling process in China. It looks, he says, as though the company is setting a model in the US before taking the technology and knowledge back to China.

China and Japan offer a striking example of differences in approach to the challenge of sustainable production. Japan is taking the lead globally, say many experts. But China is more difficult to classify, says Charter: ’It’s sort of medieval through to 23rd century’.

Paul Anastas, director of the Green Chemistry Institute in Washington DC, US, is amused by the summary, but objects to the view that Japan is moving ahead with China far behind. There are very interesting developments in this area in both countries, he says.

What is seen in countries viewed as leaders, says Anastas, is that although there is a lot of legislation and many ways to make unacceptable processes more socially and environmentally acceptable, that isn’t the same as doing the basic research and technological development necessary for an inherently sustainable society.

’Fundamentally, our scientific community - whether we’re talking about the US or Europe or Japan, where there’s cutting edge science - does not have the investment and the research agenda that’s necessary to do that,’ he says. Investment around the world is still far more devoted to ’reviewing, assessing, measuring and monitoring’ than it is to designing new solutions, he says.

It’s a view echoed to a certain extent by Kyoko Nozaki, professor of chemistry and biotechnology at the University of Tokyo, Japan. Research into sustainable production at his university is relatively well supported by the government, he says, but it is the Chinese government that seems to be focusing more on cutting edge technologies.

Anastas - widely regarded as the father of green chemistry, since he coined the term in 1991 - insists that research must start by designing for inherent sustainability: ’designing molecules, designing new materials, designing new energy sources’.

One of the biggest impediments to innovation, he says, is when you have existing plants and processes and embedded capital. ’In order to displace that you need to undergo shut-down economics, which is a very, very difficult hurdle, even for superior technologies,’ he says.

’The fact that China, or even Africa, are at a stage in development where they’re going to be implementing new processes rather than trying to displace existing ones is one of the reasons why some of the most cutting-edge technologies are being implemented in these developing nations.’

There is a view, however, that much of the Chinese government-sponsored cutting-edge applied research is not making it to industry as it would in, for instance, the US. ’While some of the Chinese work seems very applied and ready for transition,’ agreed delegates attending the first China-US green chemistry workshop in Beijing in May 2005, ’work in US universities is often clearly less ready, yet more often transitioned’.

Although China is still an under-developed economy, the issues of sustainable engineering are the same in China as they are in the US.

’As two of the world’s most important economies, both of which are growing at significant rates, these two nations clearly have a significant impact on the consumption of natural resources and the generation of waste,’ reads a report from the workshop. ’By working together, these nations have the power to dictate the agenda of sustainable engineering for many years to come.’

While the US and Japan are in front of China on sustainability issues, says Robin Rogers, professor of chemistry and director of the Center for Green Manufacturing at the University of Alabama, US, who co-organised the workshop in Beijing, it is important to remember where each country stands industrially, economically, and socially.

’Japan can afford to have strict sustainability policies, while China has 1.3bn people to raise the standard of living for,’ says Rogers.

Nevertheless, he praises the strong political will and commitment of financial resources to sustainability in Japan. Perhaps, he hints, the country with the greatest barrier to advances in this area is the world’s only superpower.

Unlike in China or Japan, researchers in the US have difficulty getting funding for ’sustainability’ or ’green’ projects, says Rogers. The political stand in the US is very different to what he finds in the rest of the world, where sustaining the environment is strong in both a scientific sense and a political sense. ’It seems to connect lay people with the scientists in common goals,’ says Rogers, ’I don’t see us at that point in the US yet.’

So the relentless move towards globalisation is not about to provide the world with one philosophy for sustainable production. ’Not in my lifetime!’ laughs Rogers. ’Just look at the EU decisions or OPEC and you see how difficult it will be to get very dissimilar countries to agree on a common political or scientific guiding principle.’