Patents can protect your invention, generate income and be a mine of information for research. Bob Pidgeon explains the process and its advantages

Patents can protect your invention, generate income and be a mine of information for research. Bob Pidgeon explains the process and its advantages

A surprising amount can be patented. Most industrially useful chemical inventions can be patented, except those that are obvious developments of previous work. Examples include novel compounds with useable properties, compositions (including mixtures, formulations and catalysts), preparative processes, and new uses of known compounds and compositions.

But how useful are patents? They can be crucial in allowing companies to recover initial investments and to generate profits from those investments. They allow you to stop others manufacturing, supplying, importing, using or selling a patented product or process. Non-commercial experimental use of an invention is not an infringement in most countries but commercially directed research may be. 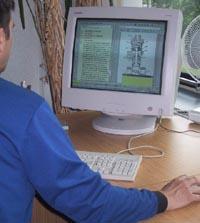 To get a patent certain conditions must be met. An invention must be new (be novel or have novelty) over and above anything published before, anywhere in the world. More than that, the invention must be significantly different from the ’prior art’ (any written or oral source). Patents are also not granted for minor or obvious improvements - there must be an inventive step.

Once the application has been filed, a patent office examiner carries out the search to assess whether the claims are novel and demonstrate an inventive step.

A patent claim is deemed to lack novelty if the invention is disclosed directly and unambiguously in a prior art source. Any difference, however small, means that the patent claim is novel.

You need to remember that your own publications and talks are treated just like anybody else’s - they become prior art too. You can destroy your own patenting prospects by publicly disclosing your ideas before filing a patent application.

A novel patent claim may still fail because a ’person skilled in the art’ would regard it as obvious. This is a fictional person, technically qualified, with full knowledge of the entire field and the ability to apply it in all of the expected ways but without any capability to do anything unusual or unexpected.

Although the novelty and inventive step requirements may seem strict, in practice the European Patent Office (EPO) is keen to grant patents, whenever reasonably possible, in the chemical field. In general, patents are granted more easily than many chemists think. If you achieve an unexpected result with commercial potential, it is best to approach a patent attorney for advice before going public with your results.

For example, if a compound has been disclosed in an academic publication but without mentioning any use and a practical use for the compound is discovered later, a patent for that use may be granted. If the earlier disclosure does not include any information on how it is prepared and its preparation is very difficult, that first disclosure might be regarded as non-enabling. This means that it can effectively be discounted and the later inventor who has worked out how to make it and discovered a use for it may be able to patent the compound itself, as well as its use.

If a new use for a compound is discovered it is often possible to get a patent for that new use. For example, when a compound known to be a plant growth regulant was later found to be a fungicide the EPO granted a patent on that later use.

Assessment of obviousness is probably the most difficult matter in patent law. Special considerations arise in chemistry, where it is difficult to predict the effect of structural modifications, or the interactions between compounds.

For example, if a compound is known and during structure-activity investigations a particular homologue is found to have surprising activity, the homologue or its use may be patentable. Although it may in reality have been obvious to try, patent offices will probably accept that it was not obvious to try in the expectation of achieving those properties, and grant a patent.

Similar considerations apply to mixtures of known compounds. Where a mixture has properties that are merely the sum of the properties of its components, a patent claim is likely to be held as obvious. When the properties are surprising, as in the case of a synergistic mixture, a patent claim is likely to be accepted. The surprise could be in the level of activity, spectrum of activity or the use of the mixture - it doesn’t really matter, as long as there is a surprise.

Once the examination report has been issued, you have the opportunity to amend the specification to overcome any objections. This often means narrowing the scope of the claims. The amendments must be taken from the application as filed - you can’t add technical content. This is why the patent specification description is often very lengthy: the fallback positions that hopefully deal with any possible objections raised by the examiner need to be laid out from the start. For this reason, it is vital the specification is well drafted.

The patent application is first published, as a patent application, 18 months after its priority date. This publication is termed the
A-specification (eg GB 2765432A) and usually discloses the description and claims as filed. It usually lists the prior art found in the patent office search. This can help others assess the likelihood of a patent being granted.

If a patent is granted it is published as the B-specification (eg GB 2765432B). Here the claims are often narrower and the description is amended to match.

There is no world patent. Patents are still national rights, obtained by filing applications country by country. However, there are helpful consolidated patent application procedures. A single application to the EPO may then be split into up to 25 national patents.

Whose invention is it?

In the UK, if an employee who is employed to do research or who holds a position of special responsibility makes an invention as part of their normal duties, then the invention is owned by the employer. The inventor does however have a right to be named on the patent.

Ownership can be very complex where contractors are involved, or when there is collaborative research. It is always best to agree in advance who will own any intellectual property rights before starting collaborative research. Ownership of inventions made at universities can also be complicated. People doing research at a university may not be university employees; and sponsoring companies may claim ownership.

Patents contain a wealth of information that can help in research.

A common problem encountered by chemists is that the reaction they want to apply is described in a patent specification. It is often hard to assess whether the technology can be used or not. You may need to take advice but some principles are: if you wish to run an experiment as part of your non-commercial research that should not be a problem; the patent or patent application can’t stop you doing something you were doing before; if it has expired it can’t be held over you (but also check that there is no other patent that is still relevant); and if what you want to do is not covered by the claims of the patent or patent application it can’t be held over you. The last category is particularly difficult to assess and if your plans hinge on that you need to take advice.

Patents last a maximum of 20 years from their filing date. This date is printed on the front page of the patent. Some pharmaceutical and agricultural products may have up to five more years, courtesy of a supplementary protection certificate. However, many patents are discontinued quite early.

It can be difficult to be certain that patents have lapsed for good, with all possibilities for revival exhausted. If it is important, it is best to check with a patent attorney.

Given that chemistry patents are granted relatively easily, do not be too respectful of them, or too quick to change your plans. The document causing concern may be a patent that has lapsed. It may be one that should not have been granted, and which could be challenged. It may be a speculative patent application that will be reduced or rejected, or it may be a patent that you would not infringe anyway.

What is a patent?

A patent is the right to prevent unauthorised use of an invention, within a particular territory, for a limited time.

In return for a patent, a full description of the invention must be published, allowing the public to learn from it. When the patent expires, anyone is free to use the invention.

As long as the appropriate renewal fees are paid, a patent usually lasts for 20 years. In the case of pharmaceutical and agricultural products a supplementary protection certificate may be granted for up to five more years, to compensate for the time taken for regulatory approval.

The patent document (specification or spec) contains a description, at least one claim, an abstract, and drawings if appropriate.

The description usually describes the problems with earlier ideas and how the invention overcomes them. It describes at least one example of the invention in considerable detail often with many examples. It provides support for the claims.

The claims define the legal protection given to the invention by the patent. Claim 1 is usually the most important. This is a statement that encapsulates the idea or principle of the invention. It is this sentence that must define the features that are new and involve an inventive step. It determines whether other people infringe the patent or not.

The abstract is a brief summary of the invention.