As the RSC launches the first African hub of its Pan Africa Chemistry Network, Victoria Gill finds out how science can provide real solutions for the continent

At the University of Nairobi in Kenya, resources for scientific research and teaching are very limited. Students have no access to the high-tech equipment that some of the developed world’s universities rely upon - there are no gas chromatographs and no mass spectrometers. One chemistry professor jokes that some of the students complete their degrees having never held a test tube. 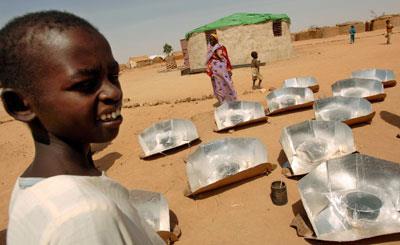 These basic laboratories are emblematic of a much deeper problem. The most enthusiastic students share a common ambition to leave the country and pursue their careers in the developed north. That’s where the opportunities and the facilities are.

The mass exodus of young researchers underpins what Shem Wandinga, professor of chemistry at Nairobi University, calls a crisis for Africa and for African science. But science and technology is now beginning to move up the political agenda in many African countries, he adds.

Mohamed Hassan, executive director of the Third World Academies of Sciences (Twas), hopes to change the lack of political focus on science and to make African governments understand technology’s potential. ’The challenges are daunting but the opportunities here are great,’ he says. ’Each square kilometre of the Sahara Desert receives the solar energy equivalent of 1.5 million barrels of oil every year, so cutting-edge technology to harness this can transform the lives of people in Africa.’ 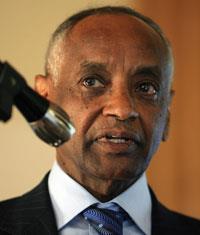 The challenges to which Hassan refers comprise long lists of depressing statistics. Over 70 per cent of the 922 million-strong African population live on less than $2 per day and subsistence farming is widespread - a troubling prospect in an unstable climate. To make matters worse, the corruption that is endemic in some countries puts off many potential investors.

But, as Hassan points out, African governments are beginning to recognise the need to invest in a technological future. Governments of countries including Nigeria and Uganda have already begun to invest heavily in biotechnology, nanotechnology, and communications. Science’s value, says Hassan, is becoming more visible.

For example, according to the Uganda Investment Authority - a government body that works in partnership with the private sector - Uganda’s information and communications technology (ICT) sector has registered double digit growth since 2000 and grew by 33 per cent in 2006-2007 - a figure comparable with China’s formidable economic growth. It’s a small but impressive start in a continent of 46 countries.

For communications in particular, the lack of a hardwired infrastructural legacy - most African countries moved immediately from having no telephone network to mobile phones - could even prove an advantage, allowing new technologies to be adopted much more quickly.

Progress is fitful, however. In its 2007 report, the United Nations (UN) admitted that the Millennium Goals, which include halving the number of people living in extreme poverty, are unlikely to be met by the target date of 2015. But, in the same report, the UN describes some of the achievements in sub-Saharan Africa as ’impressive’.

Malawi, for example, has significantly boosted agricultural productivity, and the number of children enrolling in primary school has increased in Ghana, Kenya and Uganda. ’These practical successes now need to be replicated and scaled up,’ the report states.

Hassan stresses that such small but valuable successes in African countries with the most potential lay the foundations for future growth and development.

Africa’s size and the fact that many well-intentioned development projects try to tackle the continent’s problems collectively, can be stumbling blocks. Twas has started by tapping directly into the Pan-African scientific community, linking leading African scientists within the Network of African Science Academies (Nasac). The network has co-published reports with G8 scientific advisory groups, and Hassan says this internationally visible work - achieved by a small group of the best scientific minds in the continent - has helped to push science up the African political agenda. ’Showing the value of science to African governments is the only way to convince them to support it, and governments are beginning to take the next step.

’Africa needs a new type of leadership - one that invests in our next generation of scientists,’ he says. ’And we cannot stop at training these brilliant scientists; we have to ensure that once they are trained they can continue their careers on the continent.’

Researchers trying to teach in chronically underfunded chemistry departments are crippled by limits to the training they can offer their students. Libasse Diop, a professor from Sheik Anta Diop University in Senegal, says that his students cannot compete with those from Northern countries who have quick and easy access to hi-tech equipment. ’It takes my students up to three months to get an infrared spectrum because they have to send their samples to laboratories in France,’ he complains.

’We have limited resources, but they could be put to much more efficient use, for example by linking African universities to central analytical laboratories where researchers could access equipment on their own continent.’

Martin Mwangi, a grad student who moved from the University of Kenyatta in his native Kenya to the University of Iowa, US, has been through the frustration of trying to carry out research under such basic conditions, and agrees. ’The supply of reagents and the lack of equipment to do more advanced research are major limitations in Kenya.’ But he adds that Kenyatta University has grown significantly since he left, as scientists have begun to take part in commercially funded research into consumer products.

Lead from the inside

On 27 May this year, Nairobi officially became the first African hub of the RSC’s Pan Africa Chemistry Network (PACN) which aims to support research and science education throughout the continent.

Syngenta, an agrochemical company that provided ?1 million to fund PACN for the first five years, also funds an independent philanthropic organisation, the Syngenta Foundation, which is already active within Africa. The foundation is working on the ground to increase productivity and to break down the bottlenecks in regional markets. So both the RSC and Syngenta share the goal of delivering practical, scientific solutions to African people - giving students access to books and farmers information about good farming practice.

And last month a ?3.3 million partnership between the Leverhulme Trust and the Royal Society was launched to fund collaborations between scientists in Ghana, Tanzania and the UK.

For long-term success, the leadership of scientific research projects, institutes and organisations must be built from within Africa, says Timothy Tucker, director of the South African AIDS vaccine initiative. In an article published in Science  in May, he referred to the model of public-private partnership organisations that have played a key role in re-establishing research for neglected diseases endemic in Africa as ’scientific imperialism’.

’I’m certainly not questioning the value of the research that is carried out by these [public-private partnerships], but why are none based in the developing world?

’This is neo-colonial in nature and it needs to be addressed. It would create opportunities for African scientists living and working outside of the continent to come back. Many of them would love to come home, but there are no career opportunities.

’There are enough human and scientific resources in Africa to base organisations here,’ says Tucker. ’It is a question of where to start.’

But Hassan stresses that most of the best research coming out of Africa survives because of financial support from outside. ’Africa has a wide variety of resources and the potential to harness science and technology - so collaborations with Northern partners will be key.’ 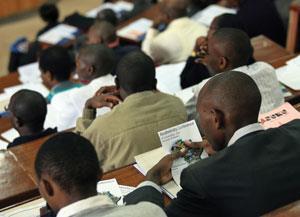 ’Scientists criticise politicians for wanting to remain in power, but many network leaders never want to leave. They remain closed clubs and do not move forward,’ he says. Mwiria insists that scientists in Africa must engage with politicians in order to see their research make a tangible difference. ’By saying that this is a problem for politicians, you are allowing them to make decisions that will affect your research.’

Wandinga agrees that the next generation of scientists must engage politically and says that time has run out for talking shops. ’The heads of state have confirmed that science and technology is the direction for future development. We have no option but to move forward now. Africa has reached a crisis and a turning point.’

Syngenta is keen to see African chemists take ownership of the PACN, in order that it can self-sustain. ’In five years time, when this hub is able to stand on its own, it will be the sustainable heart of a network that we hope will span the continent,’ says David Lawrence, head of R&D at Syngenta. The second hub will be launched in Addis Ababa, Ethiopia, later this year.

Success will come in small but important steps, suggests Jacob Midiwo, a chemistry professor at the University of Nairobi and executive secretary of the PACN Kenya hub. He points out that it can be tough for African scientists to access public or private funds. ’Problems with corruption mean that many organisations are reluctant to give money to Africans - they might not have confidence that it is well spent. If we had a network that could [accredit] good scientific projects, this would enable them to get access to the money they need to do their research.’

The acid test for this particular network will be what happens when the initial funding runs out, says Steve Smith, a leader of crop protection research at Syngenta. ’This project must look to the future, to how it will continue. When this hub is able to stand on its own, it will be a centre of sustainable African development.’

Mwangi is expecting a long wait, but, as a chemist, he is prepared to play a role in his country’s development. ’My dream is to go back to Kenya, but the level of training I have would mostly go to waste [there].’

If science can continue to creep up the African agenda, there is every chance that Mwangi’s dream could come true. ’With the availability of just the essential equipment, improved infrastructure, internet, journal availability, roads etc, and with political goodwill and science funding, it could be possible,’ he says. ’I believe in being an independent researcher and that I could create employment for others.’ If enough researchers and politicians share Mwangi’s dream, then African science could well be ready to take the leap forward.