On a clear day, looking up into the blue sky, it’s easy to forget that behind its calm beauty, what we are actually looking at is arguably the world’s largest reaction vessel. High above our planet’s surface, gases and particles circulate and react constantly, with some existing for only fleeting moments. Meanwhile, one type of simple three-atom molecule remains largely aloof and unreactive from the chemical hustle and bustle others engage in, quietly absorbing and re-emitting thermal energy. This stability and absorption profile make it perhaps the most important chemical on the planet today, although it only comprises around one part in 2500 of the atmosphere.

That molecule is CO2 - the key greenhouse gas that scientists recommend humanity should control emissions of to avoid dangerous climate change. Yet, with the world relying on burning fossil fuels for power, no adequate controls on CO2 production have yet been enacted. Carbon capture and storage is a powerful possible solution. However, as well as the technical difficulties of capturing the gas, a significant question remains over what to do with the CO2 once captured. Now, backed by government funds, chemists are developing processes that use exhaust gases as starting materials for useful products. And companies are encouraging CO2 to drop its distant unreactivity, and join the dance of industrial manufacturing.

’It’s a chemist’s dream to make CO2  react,’ says Bayer MaterialScience’s Christoph G?rtler. ’This is obviously a difficult task but, given the right catalyst and technical set-up, we believe it is certainly feasible.’ G?rtler heads a project called Dream Production, constructing and commissioning a pilot plant in Leverkusen, Germany, where Bayer is aiming to produce polyether polycarbonate polyols. These polyols are one of two components - the other being diisocyanates - used to produce polyurethane polymers. 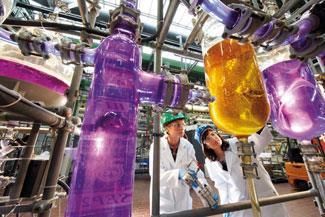 Bayer MaterialScience teamed up with the CAT Catalytic Center in Aachen, Germany, to try and turn CO2 into polyol feedstocks for polyurethane plastics

The idea of producing polyols from CO2 has been around for at least 40 years,1 G?rtler says. ’We’ve worked on this over and over,’ he says, ’but we were not really successful in finding the ideal catalyst.’ For decades, a commercially viable synthetic route was elusive, with the available catalysts creating too many byproducts and being insufficiently active to bring the process into manufacturing. However, with the help of German federal funding, Bayer tried once again to overcome this obstacle. ’We initiated a project named Dream Reactions, which involved two or three years of very intense work on this specific topic,’ G?rtler explains. This time the efforts were successful. ’It isn’t exactly a miracle, but it is a breakthrough in terms of catalysis,’ he says.

Then, in July 2010, Bayer secured another €4.5 million (?3.9 million) in German funding to scale the reaction up to produce polyols in volumes of tens of tonnes annually. But before the pilot plant begins operation, targeted for the first half of 2011, a number of challenges remain to be solved. The Leverkusen plant will use CO2 captured from German power generator RWE’s coal-fired power plant in nearby Niederaussem by an amine-based scrubber system. ’Is this kind of amine washing system compatible with the catalytic process we are using later on?’ G?rtler asks. ’Can we cope with the side products or possible impurities? What purity does the CO2 provider have to achieve? That’s still a matter for research. We’re pretty confident, but we have to figure it out to make the process economically feasible.’ 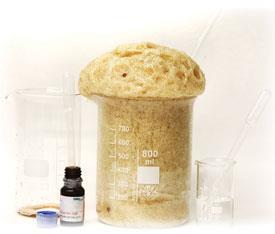 G?rtler points out that the existing market for polyurethanes, for example as insulating foam, means that the technology can transfer quickly into the market. And while he concedes that this process will not have a big impact on the world’s CO2 emissions by itself, it does offer a ’double-whammy’ thanks to the applications of the resulting material. ’The overall amount of CO2 is moderate, but avoiding CO2 emissions by using polyurethane insulation would give an even bigger impact. One kilogram of polyurethane foam can save up to 80kg of CO2 during the foam’s lifetime, or the building lifetime,’ he says.

CO2 reactions that are a dream for chemists are already a reality for plants and algae. Their ability to produce complex molecules from CO2, generating oxygen as a byproduct, is what allows humans’ existence on the planet. So it’s understandable that some companies trying to make useful products from CO2 exploit these existing natural processes. One such approach is being developed by Phycal, an Ohio, US, firm that was awarded over $24 million (?15 million) by the US government in July 2010 to build an algal biofuel plant on Oahu island, Hawaii. The aim is to feed the algae on CO2 produced by the nearby petroleum refinery owned by US-based oil company Tesoro, then supply the final fuel to Hawaii Electric’s oil-fuelled power plant on the island.

’Hands down, algae is the most productive oil crop on Earth on a per-area basis,’ points out Phycal’s Jeff Bargiel. The US Department of Energy says that soybean crops produce 48 gallons of oil per acre per year, he notes, while algae could produce 1000-6500 gallons per acre per year. Phycal produces its oil by introducing algae initially grown in isolation into ponds. The ponds contain nutrients and have waste CO2 injected into them at a rate set to maintain a steady pH and optimal algal growth rate. When the algal culture has reached optimal density, it is continuously harvested at a rate that maintains that culture density, put into closed reactors, and fed sugars derived from food and beverage industry waste streams and inedible plant biomass feedstocks. ’When we feed them the sugars, they get very fat very quickly,’ Bargiel explains. ’At that point the algae are so full of oil that it’s very easy to extract.’

Although using algal fuels to generate electricity is a niche application, the US is especially keen to fund it in this instance owing to Oahu’s particular power generation arrangements. ’About 0.5 per cent of all US base load electric power comes from oil power plants - except in Hawaii,’ Bargiel explains. ’Over 80 per cent of their power comes from burning oil.’ This means that the state is largely reliant on oil imports, and therefore at high risk of disruption from supply issues.

Better known applications for plant oils include biodiesel. This relies on transesterification reactions that remove three fatty acid chains from the glycerol backbone that they’re attached to in plant oils, and couple them to simpler alcohols instead. Other processes could also possibly be used to produce renewable jet fuel, diesel, and naphtha, something that Phycal is working on with partners like General Electric. However, algae usually produce fatty acid chains containing 16-20 carbons, which are well suited to diesel. Cracking them into jet fuel with carbon numbers of 10-16 is inefficient and leaves a lot of less valuable ’light ends’ such as methane and propane. ’We can make the process for jet fuel more efficient by selecting and/or engineering algae to synthesise the 10-16 carbon chains that are better for jet fuel,’ Bargiel says. 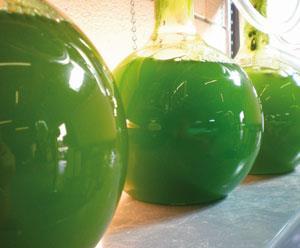 The need for tailored chain length oil is especially great now that companies have developed methods to convert plant oils into renewable jet fuel. That includes three groups working for the US Department of Defense: General Electric, UOP - a process chemistry subsidiary of giant US conglomerate Honeywell, and the University of North Dakota’s Energy and Environmental Research Center. ’They each have their process, and the part that’s missing is the feedstock, the oil,’ Bargiel says. ’Our goal is to produce that oil.’

Unlike polyols, fuels are a large scale application. ’The US uses around 7.5-7.6 billion barrels of crude per year,’ Bargiel says. ’And about 50 per cent is imported, so to be able to produce that 3.8 billion barrels with soybean oil, you would need a farm that’s roughly the size of the US plus half of Canada. If you do that with algae, you would need a farm that’s somewhere between one and two Alabamas.’ But even with its huge potential, Bargiel warns that - for the time being at least - the algal biofuel industry is not set for take-off. ’The idea of taking these plant oils and turning them into any fuel is something that’s not really been proven economic - yet.’

Salt of the air 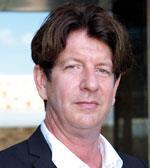 By contrast, Skyonic, based in Texas, US, is confident in the returns its Skymine process, conceived by chief executive officer Joe Jones, will provide.2 It uses an electrochemical method to make a low concentration sodium hydroxide solution from salt and water. This then scrubs CO2 and other chemicals from exhaust gases and can ultimately produce high-purity sodium bicarbonate. The electrolysis also produces hydrogen and chlorine gases.

Despite still being just a 12-man company, Skyonic secured $25 million from the US Department of Energy in July 2010, the highest level of funding it has given a single project to make useful products from waste CO2. The money will allow Skyonic to develop a facility to process CO2-laden flue gas from a Capital Aggregates cement manufacturing plant in San Antonio, Texas. ’The government subsidy that we received allows us to demonstrate the process at a commercially profitable level,’ Jones claims. ’We’re actually going to be making quite a decent profit off it in the San Antonio plant.’ 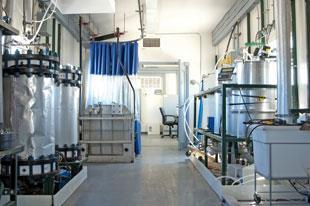 The solid carbonates that the process initially makes also provide an option for carbon sequestration that avoids pipelines, subterranean injection, and concerns about CO2 leaking back into the atmosphere, but that alone does not necessarily make a profit. However, Skyonic can turn the carbonates into high purity sodium bicarbonate. It can then sell this, along with the chlorine and hydrogen gases Skymine also generates. ’I think the ability to take the emissions from lignite-based coal power generation and produce food-grade bicarbonate from it with low energy consumption is probably the best thing we’ve done,’ Jones says.

The gift that keeps on giving

The need to plan for profitability is an especially big challenge for companies who may have originally entered this area to tackle the greenhouse gas problem the world faces, Jones notes. ’One of the issues is being able to accomplish it in a society - certainly American society - which has not yet arrived at a price for carbon, or a full understanding of what its liability is,’ he says. While Jones says his company can pay its way, he concedes that it would be easier if there were a more direct reward for preventing CO2 entering the atmosphere. ’It’s difficult for carbon capture projects generally to get going without an agreed upon societal value per tonne of CO2 sequestered.’

On this evidence, all three of the major sectors where CO2 is being captured and turned into useful products - polymers, biofuels, and inorganic materials - are still just emerging from their earliest stages. But Jones is confident that Skyonic’s process is worth its salt, and offers advice on how to tell if other methods are really fit for purpose. ’I often say "good ideas keep on giving", and this is what our process has done,’ he explains. ’It started out just to capture CO2 with low energy usage, and then became a metal scrubber and proved to be a very resilient acid gas scrubber generally. Then we were able to produce pharmacopoeia-grade bicarbonate of soda from unscrubbed flue gas, something we originally thought was just going to be a sequestering material. When a process keeps giving you good things, as opposed to getting harder all the way, you know you’re really on to something.’

2 J D Jones, 'Removing carbon dioxide from waste streams through co-generation of carbonate and/or bicarbonate minerals', US Patent No. 7727374, June 10, 2010