3
The age of eternity – part III 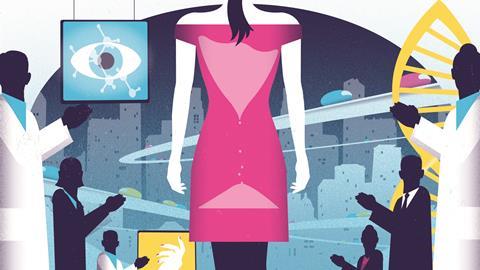 The age of eternity – part III

Read the first and second parts of the story

It is called ‘the shop’ because the people who named it wanted to be ironic. Because nothing about the facility is informal, and certainly nothing is small or quaint or even particularly understandable. The shop isn’t just the expansive campus of secure offices and even more secure labs. The heart of the operation is increasingly removed from Earth. Delicate bioweaving needs microgravity, and while very few know about that technology today, everybody will, eventually. There’s also going to be new types of DNA and new base pairings and proteins that live today only as models complicated enough to choke all but the best quantum minds. That’s why the shop is so important to the world. So important that a woman who can’t remember being anything but famous feels honoured when she’s given the chance to take the tour. It’s an absolute thrill to walk among geniuses, listening to promises of wonders coming while she thanks each of them for making this possible. Glad hands want to shake one another, and she smiles at everyone with those bright big teeth, seen on movie posters for 70-odd years – but that aren’t five years old.

She’s been given several tours, and by now every face seems familiar. But that might be an illusion. Is there some basic profile for biochemists, some protocol that squeezes them into ‘types’ as narrow as those for actresses? It certainly feels that way. And the same could be said about the contractors. Those people have to be good looking, effortlessly charming, but not too crazy-smart. They’re the ones who take these products to market. Salespeople, yes. And in a sense, that’s what the actress is too. Living well, being ageless. She smiles because of her robust good health, and that health is given to her for nothing but the promise that she continues to remain young, doing what no other 101 year old has ever managed.

Two women wait their turn to offer the usual pleasantries. One of them is familiar: a girl with a fondness for gloves and a knack for being too familiar. 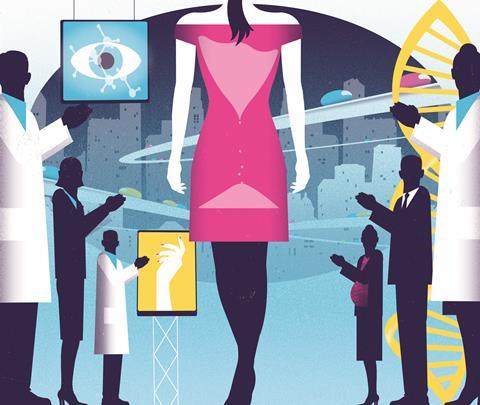 ‘I’m so glad to see you again,’ the girl bubbles.

The actress shakes what is offered, asking, ‘And how have you been?’

‘Wonderful. Marvellous. And thank you for asking.’

The actress steps on. Never a large woman, it takes two full strides to carry her to the next saleswoman. Who obviously isn’t a girl.

No hand is offered, just a name. A simple name rarely used in this century.

‘Have we met?’ the actress asks.

‘Not that I recall, madam.’

The face is warm and handsome, and it has no distinct age. The skin glows and the architecture of her bones has been shifted, and a combination of factors has removed the lady from normal calendars.

The girl behind them chimes in. Repeating the old name, she boasts, ‘She’s my discovery.’

Then she looks down.

Her poise vanishes. ‘How far along?’ the actress blurts out.

The girl behind them can’t stop talking. ‘It’s an 11-month pregnancy,’ she explains, sounding very much like a salesperson. ‘An extended gestation gives her baby cognitive advantages. Which is going to be the new normal…’

The girl’s prattle is ignored.

Two old ladies exchange a knowing glance, and then one touches the other’s swollen belly. The hand welcomed, the smiles genuine, and a 1000-year friendship begins.

Robert Reed is a science-fiction writer based in Nebraska, US