As water shortage becomes an increasing concern, the chemical industry aims to use it wisely. Sean Milmo reports

As water shortage becomes an increasing concern, the chemical industry aims to use it wisely. Sean Milmo reports 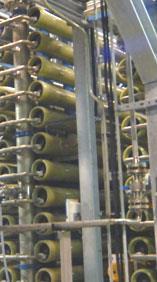 Desalination is still the expensive option

Pressure is mounting on industry to be more efficient with the world’s most precious liquid. In the midst of increasing water scarcity across many parts of the world, the chemical industry, a consumer of huge volumes of water, is responding - using less and reducing emissions of pollutants into rivers.

’Lack of access to clean water for a large percentage of the world population is a growing problem, so there’s a moral obligation to minimise our water use,’ says David Bayne, group energy manager at Ciba Specialty Chemicals in Basel, Switzerland.

But the industry has its eye on the bottom line too, and taking water far more seriously as the costs of buying and treating it continue to rise.

The limited availability of water in some areas - and hence its high price - can determine where new plants and expansions are located, and can even lead to the closure of existing facilities in countries like India and China. The wide variation in the degree of water shortage across the world distinguishes the issue of water from that of global warming.

’Cuts in CO2 emissions have the same impact anywhere in the world,’ says Scott Noesen, sustainability director at Dow Chemical, Michigan, US. ’But a reduction in water consumption in an area of scarcity can have much more value than in one where there is plentiful water.’ So to continue its global expansion, the chemical industry has had to realise that water is not an endlessly renewable resource.

The European Chemical Industry Council (Cefic) carefully monitors the water efficiency of the industry, and it says the steps being taken by many companies are already beginning to have an impact. In 2003-06 use of water by chemical companies reduced by 8 per cent. In the same period emissions of nitrogen to water have decreased by 16 per cent, and phosphorus by 23 per cent, while emissions measured in terms of chemical oxygen demand (COD) - depriving fish and aquatic life of oxygen - decreased by over 25 per cent.

In the US, water emissions of chemicals classified as hazardous or potentially harmful to the environment under the country’s Toxics Release Inventory (TRI) system were halved in the 10 years from 1995. They are now only around 10 per cent of what they were in the late 1980s.

The most dramatic strides have been made by the multinational giants. BASF, which manufactures huge quantities of bulk chemicals, decreased process water consumption by 14 per cent in 2002-2007, and its global sales still rose by 34 per cent. In 2003-2007 it cut COD levels by 66 per cent and heavy metal emissions by 44 per cent.

Swiss giant Ciba cut its water consumption by 22 per cent in absolute terms in 2006 and production-related use of water by 12 per cent, exceeding its three-year target for reduction of water use by 10 per cent.

But achieving such results requires investment. The company has introduced, in some sites, a system of cooling tower storage of water so there is no loss through evaporation. In one German site, the exact location of which remains confidential, it is applying UV sterilisation techniques to raise the quality of water from a nearby gravel quarry to drinking grade.

As companies look to expand in the east, and more arid countries, water is much more of a pressing concern. In India, Ciba has introduced water-harvesting methods, which enable monsoon water to be stored in underground strata, and to be pumped back for use during the dry season. Also air cooling systems have replaced those relying on water. ’We would tend to locate water-intensive processes in areas where supply of industrial water is adequate,’ says Bayne.

Ciba is currently drawing up a new policy on water conservation with the aim of including new reduction targets from 2010. Dow is also working on a scheme under which its sites would be set numerical targets on water consumption, reflecting the degree of local scarcity. 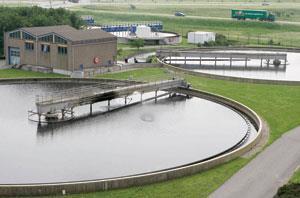 Like many other chemical companies, Dow’s water strategy is based on doing as much recycling of water as possible. Another option is reusing water - such as that from municipal sewage plants. When that is combined with recycling water within sites, the consumption of fresh water is kept to a minimum.

’We operate on the basis of "the three Rs" - reduce through conservation, recycle and reuse,’ says Noesen. ’Recycling is about cleaning up water streams within sites so that water is not sent back to its source in a river or lake. You close the loop as much as possible. We are moving more and more towards recycling systems as being the best technologies for water efficiency.’

At its large petrochemicals site in Terneuzen, the Netherlands - Dow Benelux - which has three ethylene crackers with a total annual capacity of 1.8 million tonnes, Dow has become the world’s first chemical company to reuse municipal waste water on a large scale, for production purposes. The project won Cefic’s Responsible Care Award last year after the jury for the prize decided the scheme showed ’the industry going above and beyond what is required’.

The reused water makes up around a quarter of the site’s daily imported water of 30 000m3. Another 30 000m3 per day is recycled within the site mainly for conversion to high-pressure steam and for cooling.

The waste water from the town of Terneuzen is demineralised by a low-pressure reverse osmosis (RO) unit run by Evides, a Dutch water company, which also uses ion exchange technology to demineralise other imported water for the Dow site. The supply of reused municipal water is a response to a lack of fresh water in the Terneuzen area on a peninsula near the sea with no rivers. It lies below seawater level while having, in addition to Dow’s site, a relatively large number of industrial plants.

’This concept of reusing municipal waste water and other waste streams is particularly useful for large-scale industries like petrochemicals,’ says Lambert Paping, an environmental specialist at Dow Benelux. ’Areas with a high urbanisation level are also suitable for implementing the concept of reuse of waste water, because already half the global population live in cities.’

The idea is being considered in the Gulf area of the US, where reused municipal waste water could relieve the stress on water supplies for local petrochemical and other bulk chemicals plants. The Terneuzen project replaced a desalination unit which employed high-pressure RO to clean seawater. That required chemicals to remove organic matter from the water.

The scheme highlights the current debate in the water industry and among its customers, including chemical producers, about what sort of technologies to favour when investing large sums in projects for maintaining and increasing water supplies. 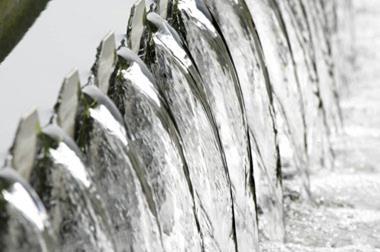 Stuff of life: the chemical industry is under pressure to use less water

Desalination provides one key benefit - it creates rather than relies on an existing supply of fresh water. However, recent studies in California where, to alleviate water shortages, there are plans to build around 20 desalination plants, the biggest of which would have a daily capacity of 400 000m3, show that recycling and reuse may be a more sustainable option. This is mainly due to the high cost of running energy-intensive desalination plants, and the environmental damage caused by large quantities of concentrated brine contaminated with chemicals that must be discharged into waterways.

’For much of the world, desalination remains far too expensive, compared to alternatives such as improving efficiency, agricultural/urban transfers, reuse of wastewater and other sources of supply,’ says Peter Gleick, president of Pacific Institute, Oakland, US, which has recently published a report on desalination. ’But [there are also] serious advantages - drought-proofing, regional security and water quality, to name but a few.’

Chemical companies echo some of the prevailing scepticism about desalination. ’It consumes a lot of energy and is therefore very costly,’ says Joachim Seibring, responsible for water issues at BASF’s Competence Center Environment, Health and Safety. ’From a sustainability point of view it is far better to use surface water like water from rivers for production purposes.’

But despite doubts about its viability, substantial expansion in desalination is likely to continue, especially in the Middle East, which already accounts for about half of world’s output of desalinated water. Around 50 per cent of the region’s capacity is in Saudi Arabia, whose rapidly growing petrochemical industry relies almost entirely on desalination for its water supply.

Coastal provinces of China, where the process is now backed by the government, should be another area where there will be a massive rise in capacity to serve burgeoning industries like the chemicals sector. Global Water Intelligence  , a monthly newsletter containing analysis of the international water market, which is produced in Oxford, UK, predicts Chinese desalination capacity could rise eightfold to 2.5 million m3 a day by the middle of the next decade, compared with the level in 2006.

The future of the process could depend on advances in high-pressure reverse osmosis. As membranes used to filter the water get cheaper and better, RO’s share of the desalination market should considerably increase over the next 10 years (see Chemistry World, November 2007, p62).

’We are committed to helping reduce desalination costs by 35 per cent through advances in our RO technology, so that it becomes a viable solution in locations with a scarcity of water,’ says Dow’s Noesen. Dow is already a leading supplier of RO polymer-based membranes.

The main criteria for judging the success of new and improved water technologies could be their impact on both water and energy efficiency. Reduced water use should result in lower energy consumption and costs. For desalination the challenge is to achieve an acceptable balance between increased water supplies and CO2 emissions.

Sean Milmo is a freelance science writer based in Essex, UK