What David did next

After seven years as the UK government's chief scientific adviser, chemist David King is still fighting to keep climate change at the top of the political agenda.

After seven years as the UK government’s chief scientific adviser, chemist David King is still fighting to keep climate change at the top of the political agenda. 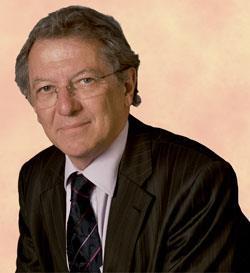 Ask scientists who has been most responsible for making UK politicians pay attention to the science of climate change, and many would nominate Sir David King - from 2000-2007, the widely respected chief scientific adviser of Tony Blair’s Labour government.

After seven years ensuring that policy-makers had access to the best science, the South African-born chemist has time to reflect on his experiences now he has returned to the relative freedom of academia. But he is also transferring his political skills to a new project.

Still spending one day a week working with his surface science research group at the University of Cambridge, King is heading up the Smith School of Enterprise and the Environment, in Oxford: a newly-formed institute hoping to raise about ?80 million to become a worldwide hub attracting academics and private investors to work on climate problems.

’I’m trying to bring a kind of Foresight-like operation into the centre of Oxford,’ he explains, referring to the Foresight programmes he established while advising government, where ministers were encouraged to leave aside short-term political interests and scan a longer-term horizon to tackle societal issues from flooding to obesity.

’And instead of being marginalised in a single department, we will get climate change mainstreamed . there will be lecturers in environmental politics, philosophy, economics, engineering and so on around the university,’ King says. ’I want to see climate issues become part of the DNA of every cell of Oxford University.’

It’s an ambitious project, and King will have to be cautious of not encroaching on other environmental work going on in the university. But he is used to diplomatically corralling diverse groups of people together - as his success as chief scientific adviser shows. Now it is unthinkable for policy-makers not to care about climate change, but King was a major influence in getting the subject so high on the UK government agenda.

’Coming into government from the university sector was certainly a very steep learning curve,’ he says. ’Nobody should ever underestimate the problem of keeping science, and an understanding of what science can deliver, on the government’s agenda’.

Among King’s successes were the agreement that each government department has its own scientific adviser, and he also played a large part in influencing the current strategy of encouraging innovation.

King is very clear on what has to be done to tackle climate change. Atmospheric levels of carbon dioxide (and equivalent greenhouse gases) have to stabilise at 450 parts per million by the end of the century, he says. ’This is a very radical agenda. We must emit no more than the average Indian is emitting today - two tonnes of carbon dioxide per person per annum; at the moment Europe is at 11 or 12.’

Whether governments and investors will agree to what’s required to meet this objective depends strongly on the UN climate summit in Copenhagen, in December 2009, where a new treaty to replace Kyoto will be hammered out. King is on the Copenhagen climate committee.

How’s it going to be done? King supports a wide and sensible range of options, including a shift in personal attitudes to energy saving, and of remembering to adapt to a changing world. What marks him out from other climate campaigners is his particularly strong support for new technologies: he advocates the development of GM crops, nuclear power, and capturing and storing CO2, for example.

For chemists looking to contribute, King says the most important need is to improve the energy efficiency of the chemical industry. But at the research level, he hopes alternatives can be found to construction materials such as cement and steel that wouldn’t need high temperatures or produce large amounts of CO2. ’And what would the world look like if we had plastic and ceramic photovoltaics - if every architect made sure that the outside of every building was covered in a photovoltaic material that was attractive but efficient at making energy out of sunlight?’

King’s own research group at Cambridge, which has around 20 scientists working on the chemistry and physics of surfaces, always has an eye to practical applications - such as developing catalysts for producing biofuels in a zero-carbon cycle. The team often works with private sector companies such as Johnson Matthey, Shell and BP. How does King find the time to keep up with the instrumentation and fundamental theory that his group develops? He leaves most of the work to colleague Stephen Jenkins, he says: ’I’m the wise old person who turns up on Fridays and goes to the seminars, but I still spend time with each of the research students.’

The key to getting any technologies from bench to industry is government regulation, says King, because it forces manufacturers and investors to prioritise climate issues. The EU scheme of trading permits to emit greenhouse gases similarly provides a financial incentive to limit carbon emissions.

But despite King’s - and other scientists’ - advocacy to politicians of what technology can contribute, governments don’t always pursue the policies that scientists advise. King says there have been ’a number of disappointments’ in the UK’s development of carbon capture - the cancellation of BP’s proposed project in Peterhead, Scotland, and the slowness with which the country moved to choose a test project. ’And there are other opportunities which haven’t been grasped: the UK seams of coal, such as those in North Wales, which are no longer capable of being mined but can use underground coal gasification, are potentially quite large and it would be marvellous to have that as a demonstration project with carbon capture back into the underground caverns.’

Nor is he short of advice on the much-criticised US drive to encourage ethanol production from corn. ’The provenance of bioethanol is the issue. Europe could change its policy by saying that fuel from maize [corn] doesn’t meet our definition of low carbon, and I think that’s the only real way forward - beyond effort in converting cellulosic products into fuel, though that is not in the marketplace yet.’

Still, surveying the state of UK science after his departure, King thinks it’s in pretty good order. ’There’s more money in the science base and a massive investment in laboratories. We have seen a rebirth of science in the UK on a very big scale and other countries look at us with some envy,’ he says.

Despite a commitment to listening to scientific advice, however, spending on research commissioned by government departments has dropped over the last few years, King admits: ’I have to take that on the chin. I think it was an accidental process.’

He says that, when they are managing tight budgets, government departments tend to make cuts across the board rather than protect high priority areas. ’If you look at the state of the government’s Pirbright laboratory [which researches farm animal diseases], which started the 2007 foot and mouth epidemic through a leakage, it’s very clear that should have had a substantial upgrade - if not been turned to rubble and replaced. So there’s been some cost-cutting that has not been productive, and I hope my successor manages better than I did on that.’

The coverage of last year’s science budget for 2008-11 painted a gloomy picture of mismanagement and harsh funding settlements. Physicists are worst affected: in December 2007 an ?80 million shortfall was discovered in the budget of the Science and Technology Facilities Council (STFC), which oversees physics research and infrastructure such as the Diamond synchrotron light source. Following a media storm on the issue, a report from the Innovation, universities, science and skills (IUSS) cross-party committee of MPs blamed both the STFC’s poor management and ’a few poor decisions’ by the UK government for the funding cuts.

What was more, the MPs said, the increase in the overall science budget was not enough to fully cover the more expensive ’Full Economic Cost’ (FEC) grants now given to universities to pay for the upkeep of labs, equipment and infrastructure. As a result, the Engineering and Physical Sciences Research Council (EPSRC), to take one example, has announced that the volume of investigator-led funding it can support will drop by 12-15 per cent.

But King stoutly defends the science settlement. ’What we’re actually talking about is the distribution and the management of the cake, not the size. And I’m one of those who thinks tough decisions have to be made. The priorities of the 21st century are different from the priorities of the late 20th century. Historical budgets, and the distribution of money within and between research councils, shouldn’t be engraved in stone.’ He won’t comment on whether the STFC mismanaged its funds this time around.

Bodies such as the Energy Technologies Institute, which King was instrumental in setting up, have sapped funds intended for basic research, the IUSS committee noted in its report. In a similar vein, some of the science budget was also earmarked for specific areas of research - such as energy and ageing - leading the committee to worry that government and research councils may be micromanaging the funds available to researchers (see also letter, p38). Has the well-intentioned aim of guiding science to concentrate on tackling problems such as climate change resulted in too much regulation of academic research? 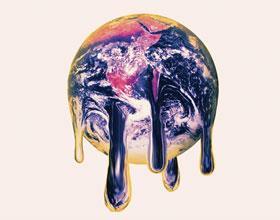 ’We haven’t yet seen an analysis of whether scientists are getting funding for what they actually want to do, or whether they are being pushed into what they don’t want to do. I would be surprised if it turns out UK scientists are pushed by their governments more than others,’ says King. ’The bottom line is, it’s very difficult. Does there have to be a choice between finding the next fundamental particle by building a bigger and more expensive successor to Cern, versus putting money and the best brains into tackling environmental issues? I think that’s a debate that ought to be out in the open - it’s not, because people are simply defending their own little corner.’

The practical priorities for scientists are very clear, in King’s view, and tackling climate change comes right at the top. ’I plead guilty to the fact that I persuaded the chancellor [Gordon Brown, now prime minister] to invest ?500m over 10 years into the Energy Technologies Institute; guilty of persuading the research councils seven years ago to direct more money into energy research. We are now seeing around this country an enormous effort into the biggest challenge of our time and shouldn’t that be the case?’