The European Parliament has finally approved the Seventh Framework Research Programme (FP7), which promises to distribute

50.5 billion (?33.9 billion) of science funding over the next seven years. The legislation was approved by MEPs on 30 November after four months of behind-the-scenes negotiations with state governments aimed at avoiding a hiatus when the current funding programme expires at the end of this year. 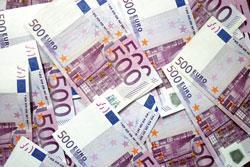 FP7 marks a departure from earlier programmes by underscoring the need to support basic research, rather than directing resources overwhelmingly toward applications. ’We have quite good education and research in Europe, but we lag behind when it comes to innovation,’ commented Polish MEP Jerzy Buzek, who steered FP7 through its parliamentary stages.

The first FP in 1984 was conceived as a way of encouraging cross-border research collaborations between teams in the then 10 member states of the European Economic Community. Unlike previous programmes, the FP7 plan contains a thematic section entitled ’Ideas’, which has been endowed with a budget of

7.5 bn and will encourage ’frontier research’ - a euphemism for basic research. ’Innovation is most likely to come about through basic research,’ said Buzek. The programme also emphasises the need for private-public partnerships with industrial research teams.

’Ideas’ will be managed by the European Research Council, a hitherto informal body now granted official status through FP7 legislation that will operate free of political influence.Identifying innovative projects will fall to the ERC’s Scientific Council, a panel of leading European scientists headed by Fotis Kafatos, who occupies the chair of insect immunogenetics at Imperial College, London (see ’Science across frontiers’, p44).

’We will still support collaborations, but all applications - whether individual or collaborative - will be assessed on the sole criterion of scientific excellence,’ Kafatos told Chemistry World.

Shifts in political priorities are also reflected in FP7, with a new,

1.8 bn budget for environment studies will prioritise work on climate change issues. In addition to the

50.5 bn set aside for EU disbursement,

2.7 bn has been allocated for nuclear research under the Euratom Treaty.

FP7’s budget is much reduced from the

72.7 billion figure originally suggested by Research Commissioner Janez Potocnik in April 2005, when he was asked to devise a research programme capable of supporting the EU ’Lisbon Strategy’ that aims to revive Europe’s competitiveness.

FP7 was subsequently one of many programmes affected by government leaders’ December 2005 decision to cap EU spending. But Potocnik points out that FP7 funding will still represent a 40 per cent year-on-year increase on FP6 disbursements, and hopes that governments will rethink their commitment to research when the ceiling on spending plans is reviewed in 2010.

’Meanwhile, I intend to launch early in 2007 a wide-ranging debate on the idea of a "European research area" ... and how we can promote innovative research through measures such as tax incentives, intellectual property protection, and access to venture risk capital,’ said Potocnik.

The Parliament’s vote went ahead after MEPs agreed to set aside their remaining misgivings about EU funding for embryonic stem cell research - an echo of controversy in the US over federal funding for such studies. MEPs settled for a declaration from Potocnik that research using human stem cells may qualify for FP7 support, but any procedures that entail destruction of human embryos will not. Participation in FP7 will not necessarily be limited to the 27 EU member states: neighbouring countries, notably Iceland, Israel, Norway, and Switzerland enjoy ’associate’ status under FP6, and are expected to renew their links, and their funding contributions.