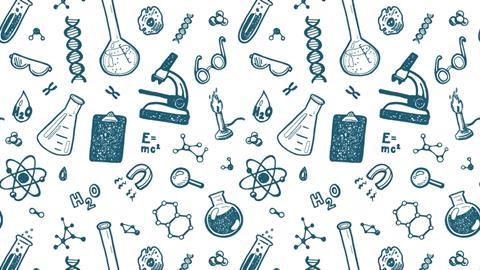 A picture speaks a thousand words in new scientific journal

Illustrations will explain the latest research in an accessible way

The Journal of Sketching Science, a new scholarly publishing platform that summarises complex scientific research as illustrations, launched yesterday. The new journal is envisaged as a companion to traditional scientific journals and certainly doesn’t aim to supplant them, says founder Ernesto Llamas.

Llamas, a molecular biologist by training, thinks the new journal, an extension of his popular blog Sketching Science, will help fight fake news and report complex science in an accessible and engaging way. Sketching Science launched in March 2016, says Llamas, and has since gained worldwide popularity with hundreds of thousands of followers on social media.

The journal will publish a cover image on social media each week with a link to an associated short lay summary of the research. The text and illustrations will appear on the online collaborative writing platform authorea. The journal is open to submissions from all the sciences.

Llamas says that the journal, which will be free to read, will accept sponsored content – written by researchers about their lab’s work – and unsponsored content, authored by science communicators about more general scientific topics such as climate change or gene editing. Ultimately, Llamas plans to charge scientists for publishing in his journal, which should generate enough to pay himself and a freelance editor.

‘I would certainly use this service in the future,’ says Holly Bik, a marine biologist at the University of California, Riverside. Calling the images ‘fun and witty’, Bik notes that ‘Sketching Science images would be a fantastic way to promote a new paper, especially in conjunction with a formal press release from my university.’

Other sites have also taken a similar approach to the new journal. Draw Science – which is no longer active – also aimed to turn ‘papers into pictures’ and ‘put the art back into article’.