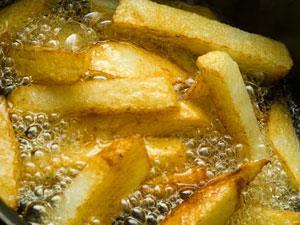 Ten years after a Swedish study found worryingly high levels of acrylamide in baked and fried foods, a new report from the European Food Safety Authority (EFSA) has found that little has changed and levels are still too high.

Acrylamide is a known neurotoxin and carcinogen in rats. While the majority of studies have failed to find a link between acrylamide consumption and most human cancers, high levels of consumption have been shown to increase the risk of developing uterine and ovarian cancer.

Concerns around acrylamide’s safety led to the EFSA collating data annually on the levels of acrylamide in foodstuffs, and the latest report covers these measurements from 2007 to 2010. However, the findings are mixed.

Very few changes were observed over the whole monitoring period, although acrylamide in processed cereal-based foods for children showed a drop of 49% and both coffee and crispbreads showed increases of over 40%. In total, the proportion of samples exceeding the ‘indicative values of concern’ set out by the EU in 2011 ranged from 6–17% over the monitoring period.

Acrylamide is formed by the very cooking techniques that make food so tasty. The Maillard reaction that adds flavour and colour when starches are baked or fried turns the amino acid asparagine into acrylamide and the food industry has been working on various ways to reduce levels, says Bruno De Meulenaer from the department of food safety and food quality at Ghent University, Belgium.

One way to reduce acrylamide formation is by using different strains of potatoes, or changing the cooking conditions. For wheat-based foods, Thomas Amrein from the Swiss Federal Institute of Technology in Zurich has shown that adding the enzyme asparaginase to the wheat before cooking can digest the asparagine before it can be turned into acrylamide. This enzyme is now beginning to be allowed in food uses as the problem of acrylamide is starting to receive greater recognition. Other techniques, such as switching the raising agent used, can also make a difference.

The EFSA acknowledge in their report that assessing the improvements made by the food industry will take time and will hopefully be improved by better monitoring. From 2010, all EU countries have been required to monitor acrylamide levels, something that is not routine anywhere else in the world.